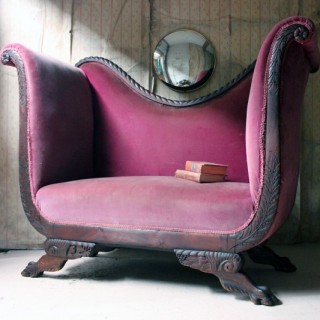 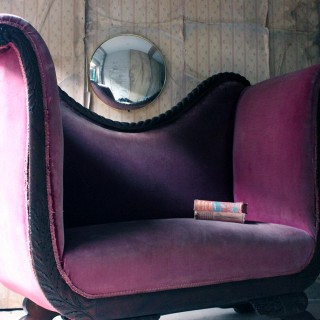 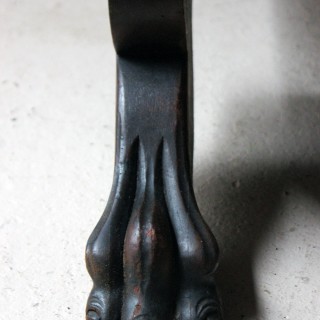 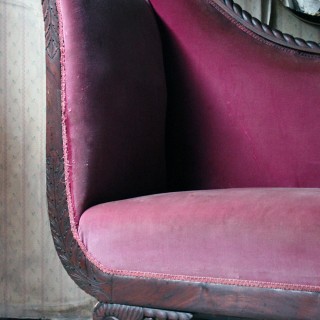 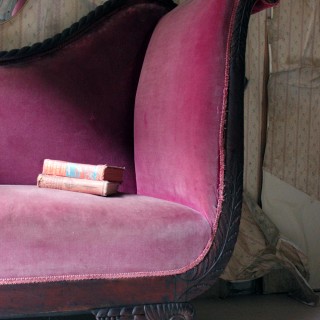 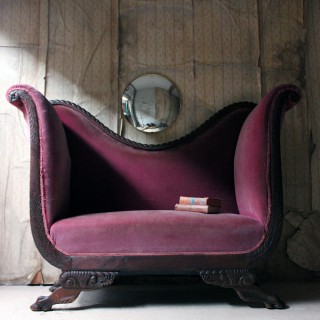 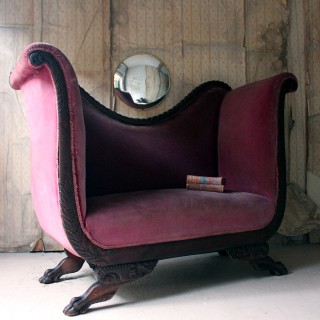 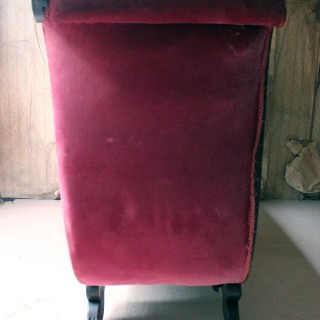 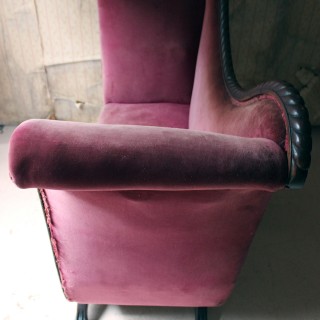 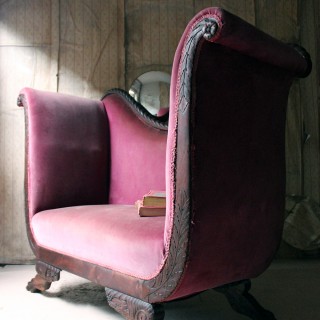 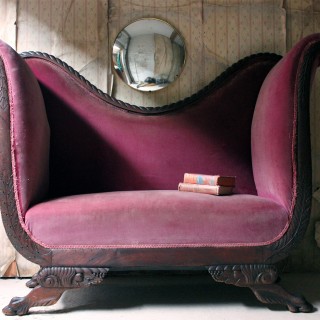 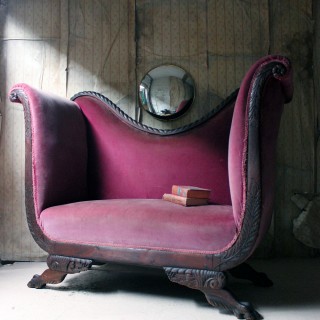 The deep seated and high-backed early nineteenth century deep ruby rose velvet upholstered scroll end sofa, having a show-frame with concave back with gadrooned carving to the crest-rail, acanthus carving to rosette finals to the front supports, the whole on cornucopia lions paw feet and surviving from the first quarter of nineteenth century America.

Common characteristics of this form of furniture include intricate carvings, clawed feet, and twisting columns. Empire furnishings with their undulating scrolls balancing heavy geometric shapes, complemented the Greek Revival architecture of the period. The ornament was carved in high relief.

While this style was going strong in France even earlier, and the English had Regency designs of the same influence, Empire designs didn’t really take hold in the United States until about 1815 when this piece was made. This was a continuation of earlier neoclassical styles like Hepplewhite and Sheraton, but with much stronger influences in terms of Roman, Greek, and Egyptian ornamentation. All the way through the mid-19th century, the Empire look was in fashion in America.

The sofa is in sturdy condition with no losses to the carved elements, only gentle wear and very small chipping to the feet. The velvet upholstery is tired, with the reverse being fairly dirty and with scratch marks, with some tattiness to the bariading in places with loss. It remains rather charming overall and with there being no tears or rips it could be used as is; though we are able to re-upholster in any fabric of your choosing at cost price, please enquire if this suits.