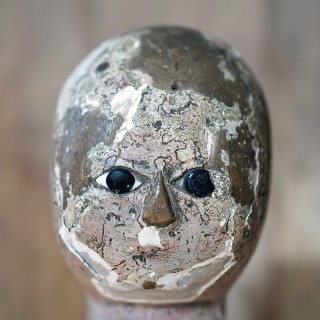 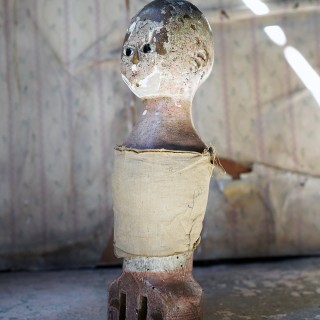 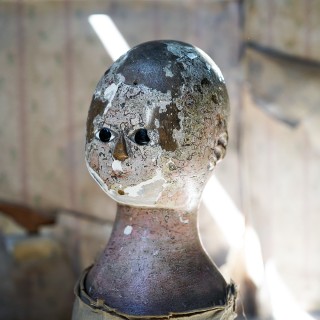 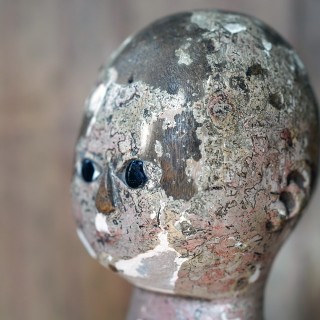 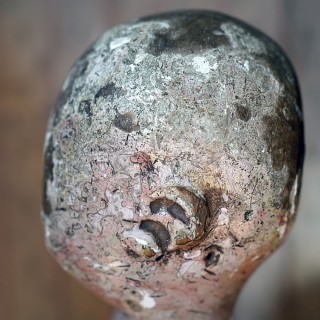 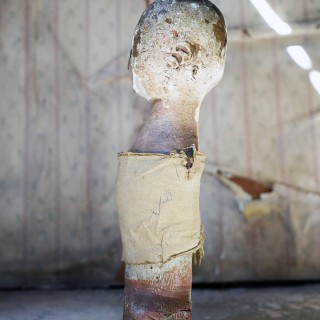 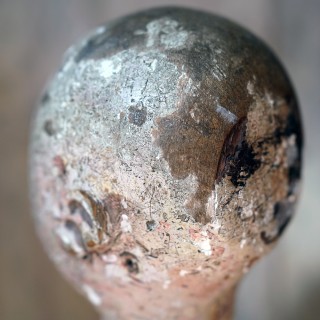 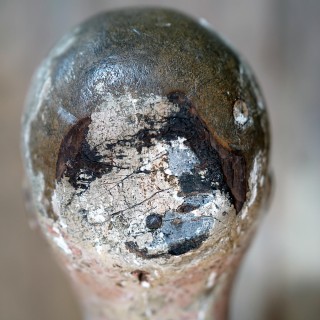 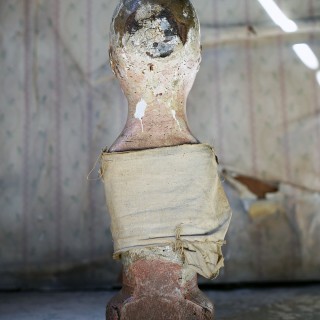 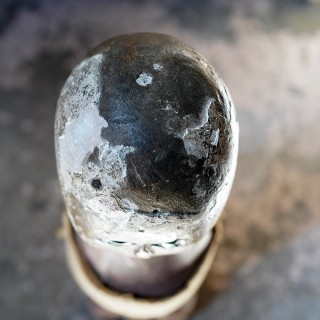 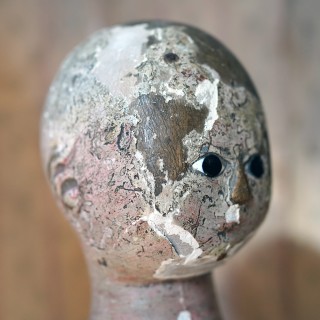 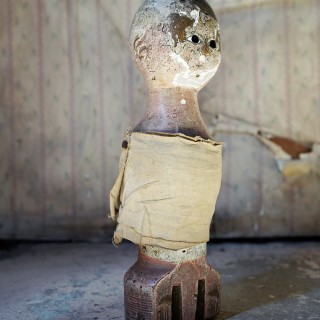 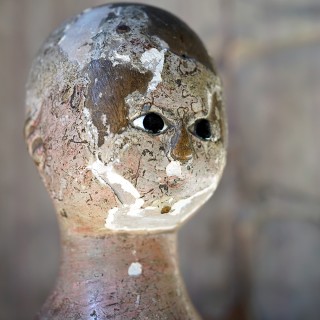 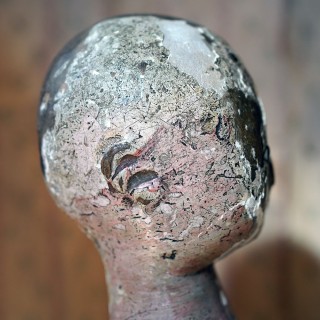 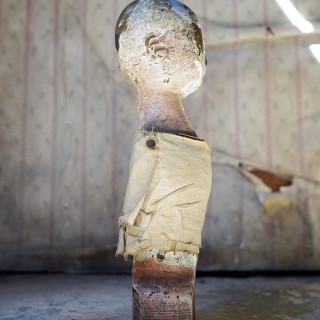 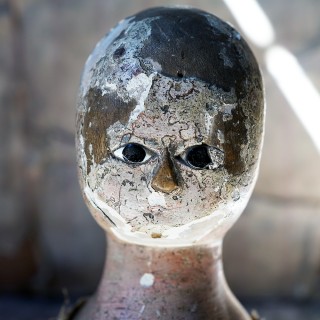 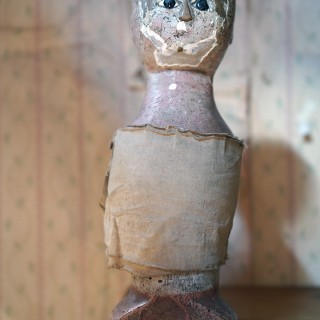 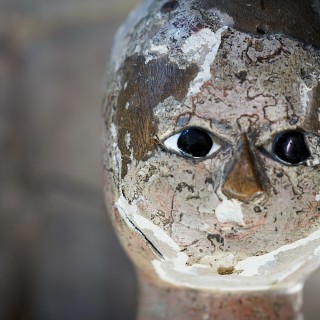 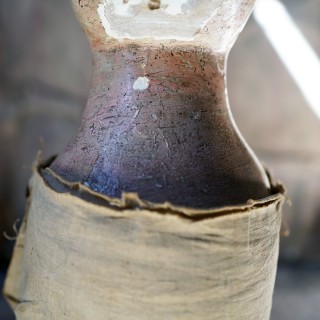 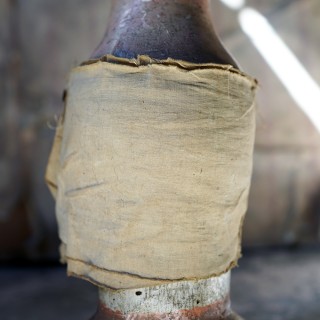 The enchanting English polychrome painted gesso and wood (possibly oak) stump doll of primitive form and carved in one piece, her round head inset with the original black and white glass eyes, the flat backed body of bulbous form with the original(?) linen cloth, the lower half with vacant slots for hinged feet, the whole surviving in fragmentary but un-meddled with condition from the first quarter of the nineteenth century.

Early dolls were made from a variety of materials – fabric, feed sacks, pieces of wood, corn cobs, etc. Many of these were made by mothers and children, and often took on a very primitive, simple form. One of the simplest dolls was the stump doll made from a single part of a tree, made easier if the shape already somewhat resembled a person. A face was painted or roughly carved on it, then the “baby” was wrapped in a piece of cloth and a stump doll was born. Early English stump dolls were intricately carved and covered with a thin layer of plaster and varnish. Later these carvings became cruder and less individual as the dolls became more widely produced. This example would have been one of the last that were made in the original manner.

No more a child’s plaything, this is now an important and scarce survivor and an evocative and mesmerising reminder of the simplicity of a Georgian childhood.

The condition of the doll is hugely evocative, and she has knocks, chips and losses to her layers of paint but has not been overpainted or restored in any kind of way. He surface is heavily distressed and degraded but retains originality, some evidence of old worm, no splits, with one glass eye damaged. The pleasing thing is that she is wonderfully un-meddled with and we’d hate her to be badly restored. She is a rather large example of her type.