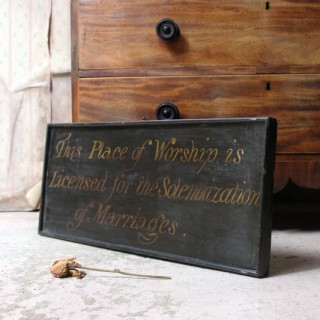 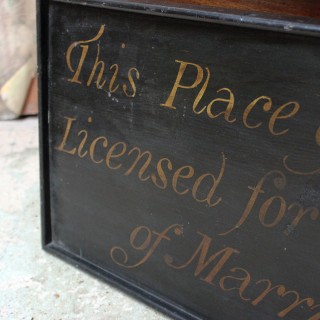 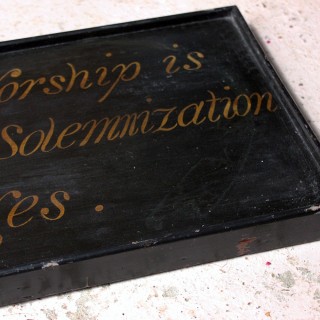 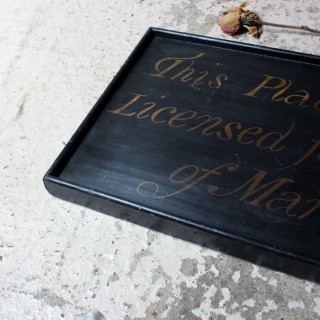 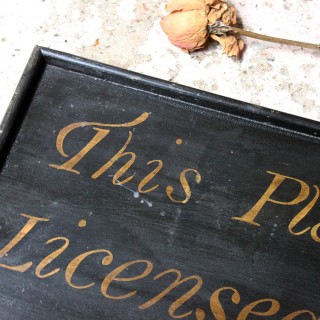 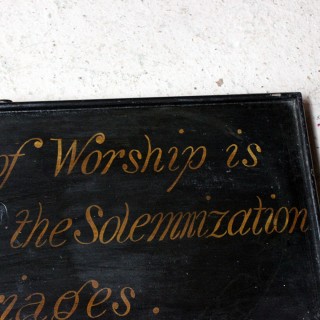 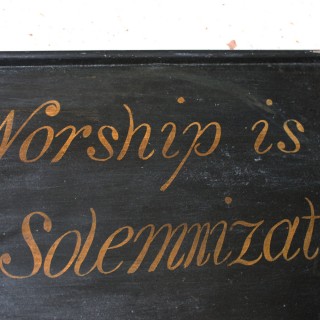 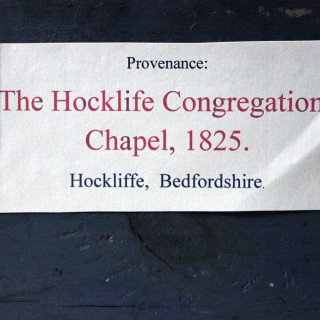 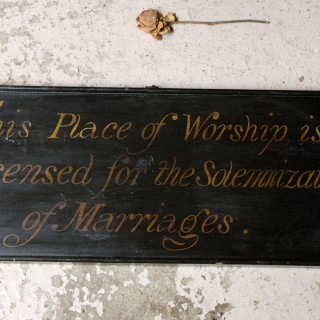 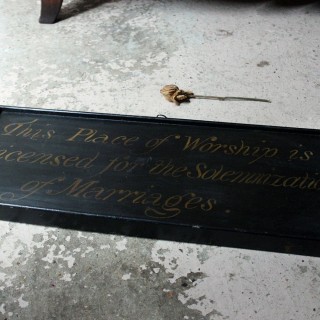 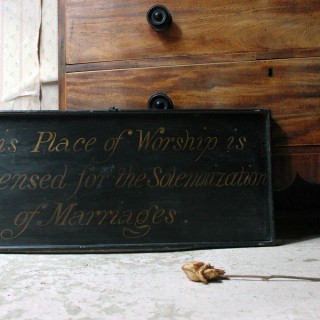 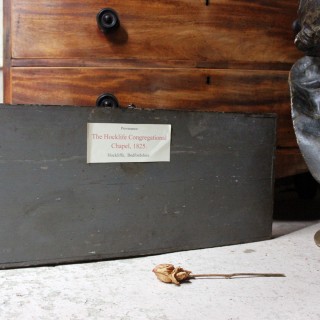 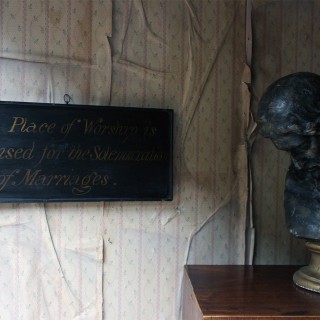 An Early 19thC Painted Pine Sign for the Solemnization of Marriages; Hockliffe Chapel

The wonderfully decorative painted pine thick rectangular board, sign written ‘This place of worship is licensed for the solemnization of marriages’ in gold script to a black ground, with a raised border and hanging loop, surviving from the Hockliffe Congregational Chapel, Bedfordshire and the first quarter of nineteenth century England.

The congregational chapel in Hockliffe was built in 1801. The foundations were laid by the Rev. Michael Castleden of the Independent Church at Woburn who preached at Hockliffe at the beginning of the nineteenth century. In the context of marriage, solemnization refers to the performance of a ceremony.

In 1806 the house of William Read at Hockliffe was licensed as a meeting place for Dissenters and it seems likely that this was the first home of the Hockliffe Independents. Another 1806 sources states that on 20th May “after a few weeks village preaching by some of the neighbouring ministers, a place was fitted up and opened at Hockliffe, Bedfordshire … The prospect is highly encouraging after a long night of darkness; but at present the place is only occasionally supplied by a few ministers who reside in the neighbourhood”.

The Hockliffe Congregational Church closed for the second and presumably final time sometime after 1959 and was empty for many years. The building was given Grade II listed building status in 1980.

A beautiful reminder of the period and a decorative beauty.

The sign is in good overall condition with no losses or over painting. The paper label to the reverse tells us of the provenance.

An Early 19thC Painted Pine Sign for the Solemnization of Marriages; Hockliffe Chapel