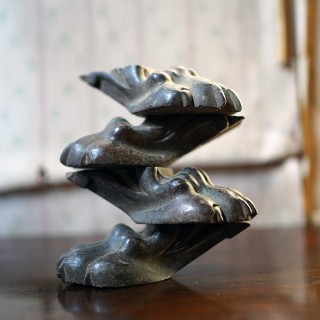 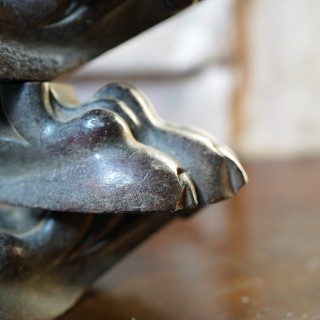 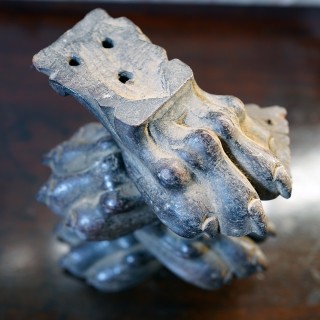 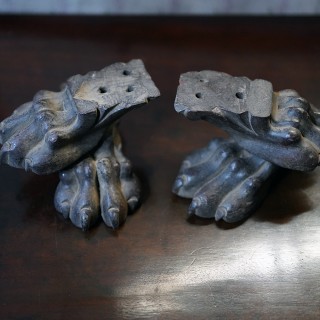 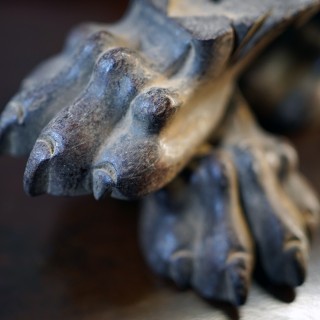 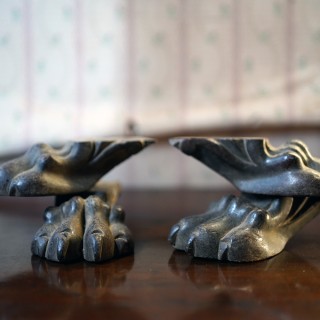 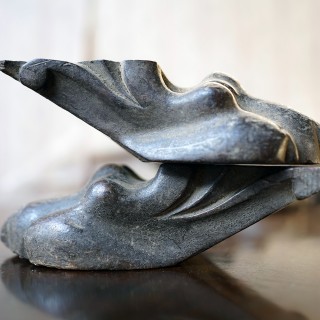 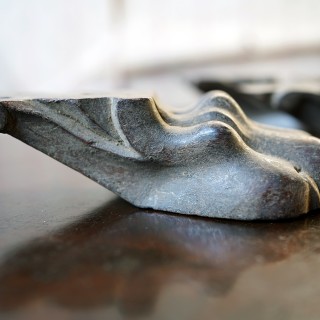 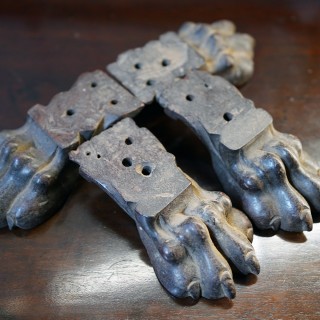 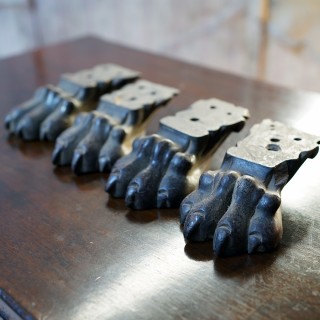 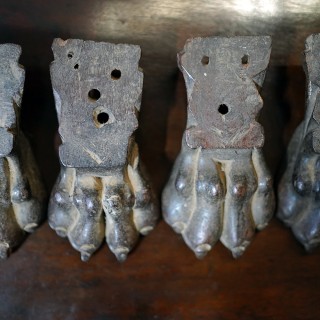 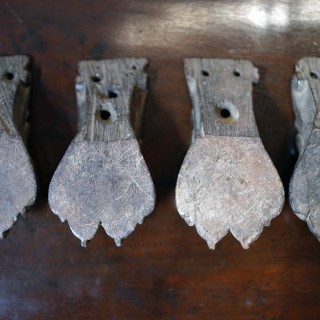 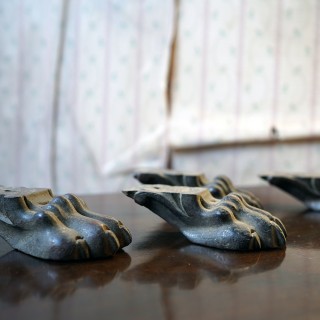 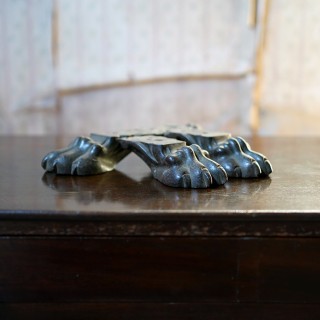 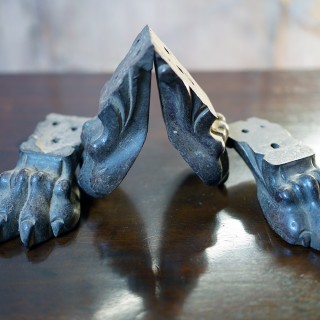 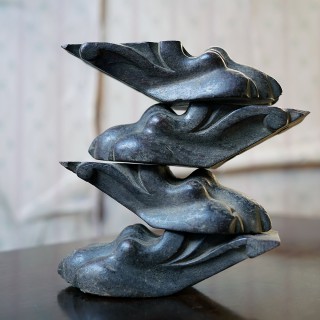 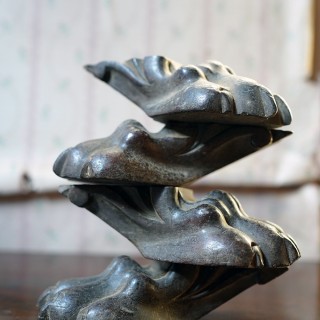 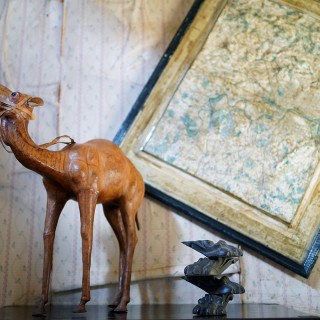 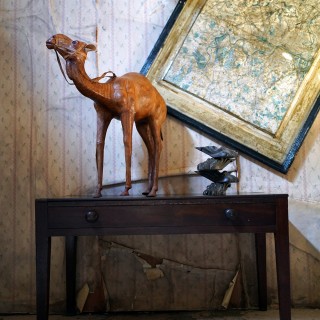 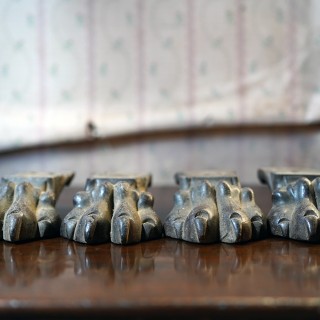 The set of four Georgian period lions paw hairy feet, crisply carved., probably in stained oak and originating from a footstool or wine cooler for instance, now serving as decorative objects in their own right from the first quarter of the nineteen the century.

English craftsmen of the late 18th and early 19th centuries originated the hunger for this style of foot after seeing what the Romans did with animal feet; excavated ruins bore hairy paw antiquities. After the fad, British connoisseurs labelled it garish and having graced the homes of aristocrats in London, such 18th century furniture was sent to Ireland and the colonies.

Balance the four for a sculpture or re-use as intended on a lucky piece of furniture.

There are no losses or damages to the feet. They have taken on a lovely crusty patina of an almost aubergine hue.