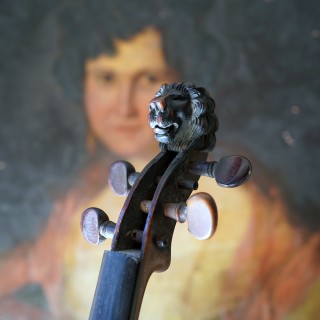 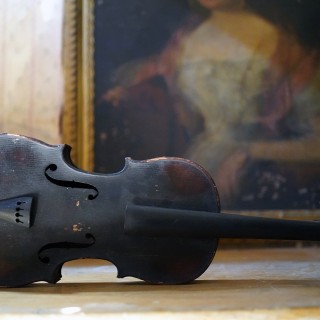 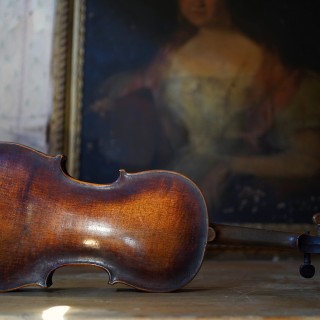 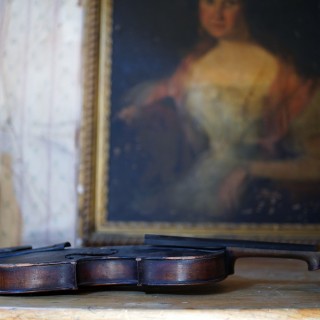 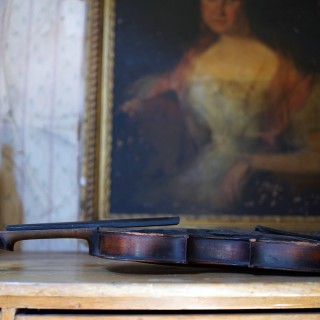 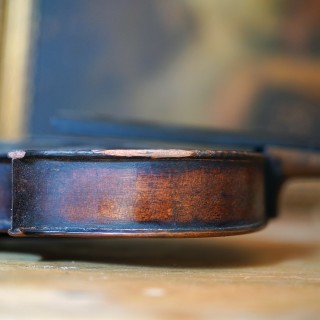 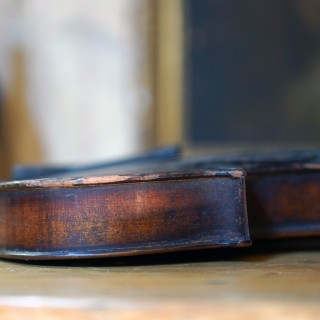 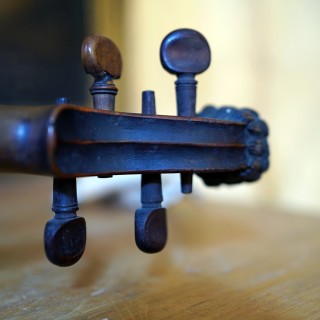 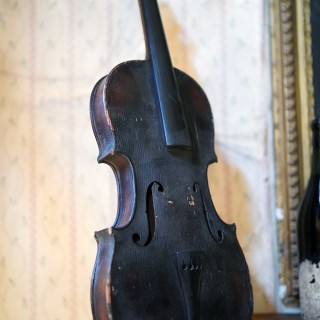 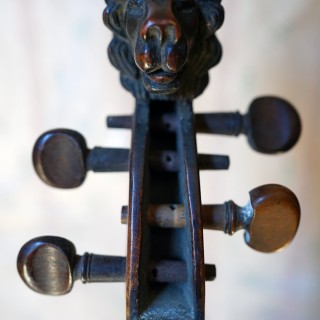 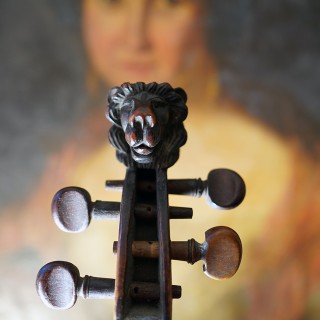 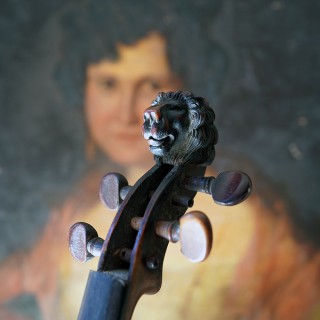 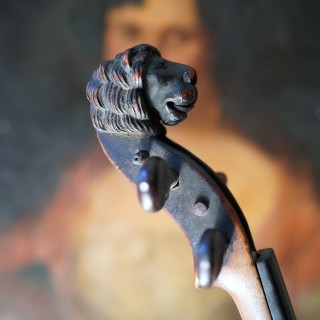 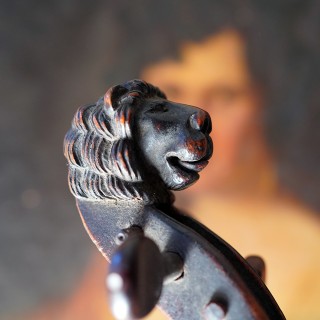 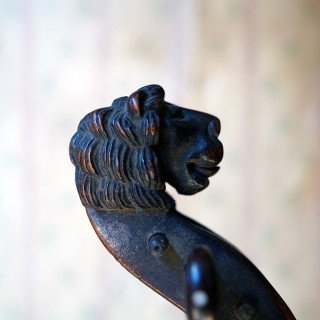 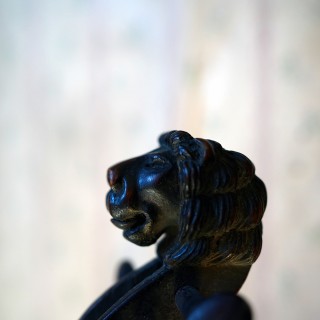 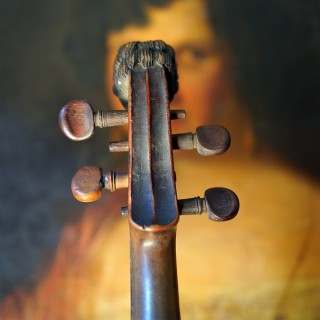 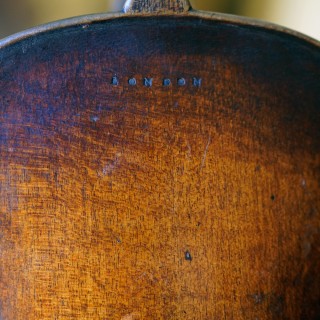 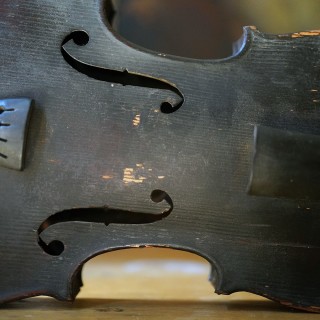 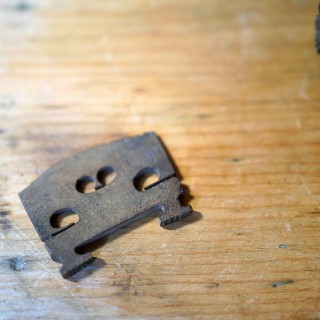 In tired and incomplete but totally unspoiled condition, the early nineteenth century violin having a mahogany veneered one piece back stamped London to a beautifully carved lions head scroll terminal, some original pegs, original fingerboard, chinrest and tail, the whole attributed to John Betts of London.

Lion carved terminals or finials such as this are relatively common but not of this quality, most are much more clumsy and far less attractive and many that are on the market came of out Germany and possibly have been machine made. John Carr of Falkirk was a better carver than most of this type.

Our attribution to Betts is made having made a comparison with another violin very similar in the carving of the finial and the stamp of London to the back.

Known in his day all the country over as. Old Betts the fiddle maker, little is known about the early life of John Betts, son of Edward Betts, a farmer from Stamford. In 1765 he moved to London to apprentice with Richard Duke and after seven years he became shop foreman, eventually buying the business from Duke’s daughter. By 1781 he was working independently and hired his first apprentice around that time. In addition to his work as a maker, Betts imported the highest-caliber Italian instruments to London, and was partly responsible for the ascent of Stradivari’s reputation to equal Stainer’s in public opinion of the period. His shop was staffed by some of the best 18th and 19th century British craftsmen, including Vincenzo Panormo, Joseph Hill II, Henry Lockey Hill, Richard Tobin, Bernard Simon Fendt, and John Furber. Betts made fewer instruments in his later years, his reputation as an expert and connoisseur fully established. He died in 1823, leaving the business to his younger brother Arthur, who learned the craft from him.

Over the course of its history the shop produced a large range of instruments, from inexpensive models with painted purfling to some of the most exquisite Stradivari and Guarneri copies in the history of British violin making. Under Arthur especially the shop became known for its reproductions of historic instruments, similar to the activities of J.B. Vuillaume in Paris. John Dodd and Thomas Tubbs were among the shop’s best suppliers of bows. It continued into the 1860s under the direction of Arthur’s sons Arthur II and John II before finally closing in 1867.

Whether this violins destiny is to be for restoration or not, it simply remains a beautiful object as it is which can be displayed and admired in any number of ways.

The condition is as per the photographs, it has a beautiful dry untouched finish, there are a few missing parts but as a decorative item this matters not. When it came to us it was partially dissembled and we have had it carefully restored. If intended for full restoration then it would obviously need further attention. We have not attempted to clean or wax it in any way and it would probably come up to a different colour entirely if so desired. There is a bridge provided but we are not sure if its original so we have not reattached it.