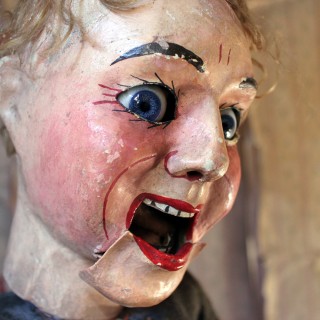 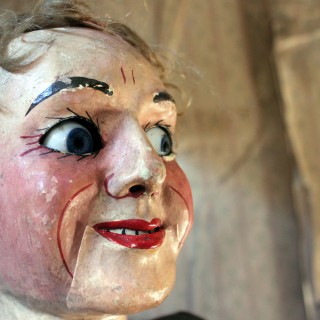 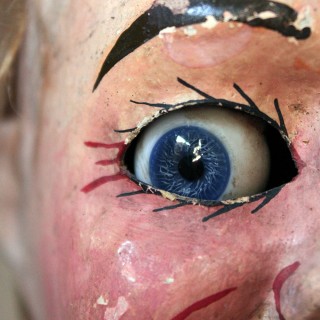 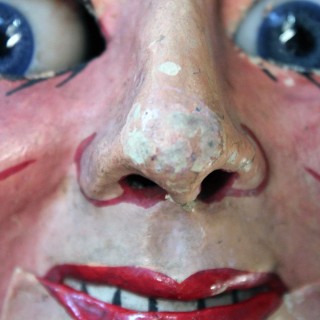 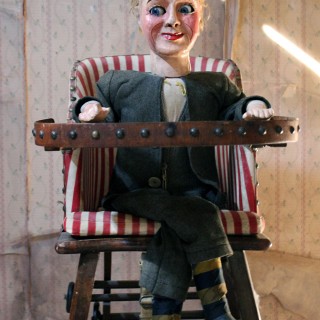 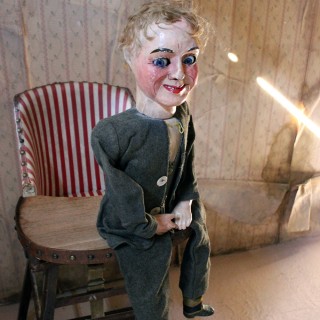 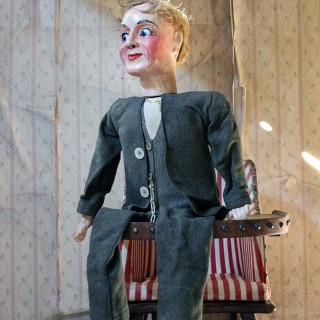 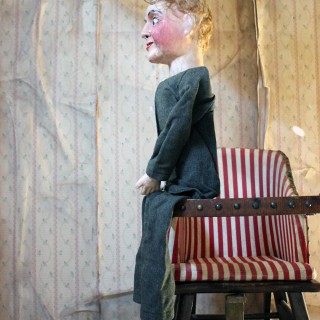 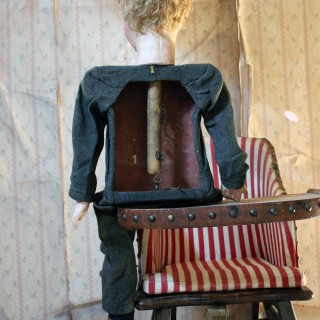 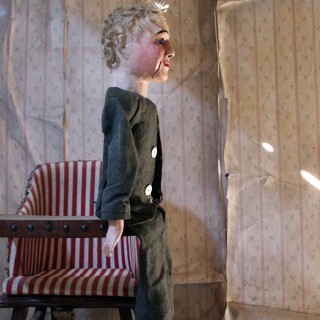 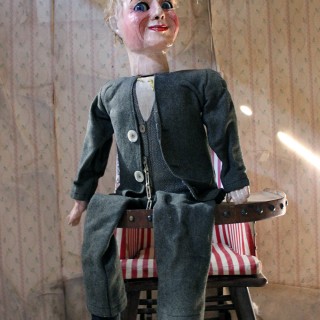 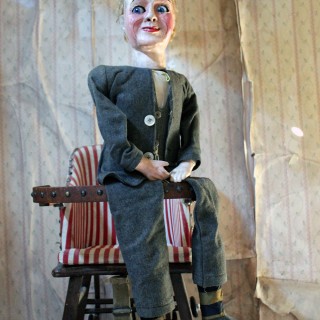 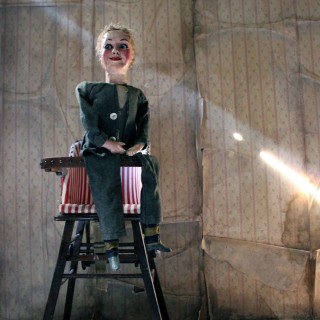 The early twentieth century period dummy of good build quality, with operating eyes and mouth, in a charcoal grey tweed jacket, and trousers with a waistcoat under, with mother of pearl and Bakelite buttons, to thick striped socks and black painted shoes, the head with short curly mohair strawberry blonde hair and the body constructed of a combination of paper maché, and plaster composition parts with lower limbs with fabric attachments with the hands and face painted in a light skin colour; the lips red, the eyebrows and eyelashes black, and the glass eyes a brilliant azure blue.

Herbert Brighton, who used to perform under the name Benson Grey, lived in Pitsea in Essex and died in around 1960 and was a very respected maker but whose work has remained slightly off the radar given that his work is not signed.

The uncanny nature of ventriloquist’s dummies has enthralled and spooked people for decades, and they continue to feature in horror films to this day. The idea of the ghost in the inanimate object is not a new one, Freud has written at length on the subject in his discussions on the uncanny, and ghost stories have featured dolls and portraits coming to life for centuries.

In fair to good overall original condition, there is only some small chipping to the face and wear commensurate with age elsewhere. There are losses to the finger digits to one hand. The costume for the dummy, appears to be all original. The two mechanisms are in good working order with a fabric tongue also lurking within the mouth piece. There has been no bad over painting to the face which one often sees. It is probable that he had once a tie which is lacking, and possibly a pocket watch which was attached to the chain that appears to be hanging from his waistcoat.