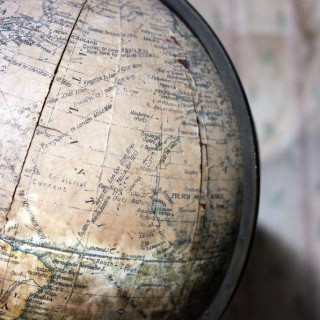 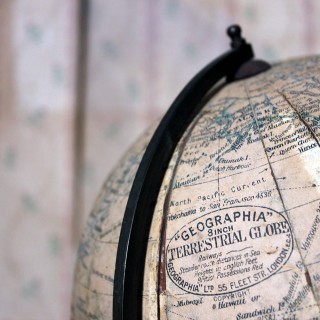 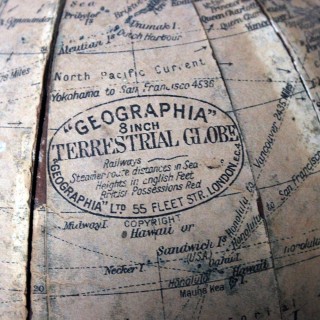 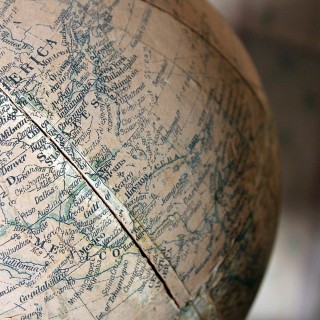 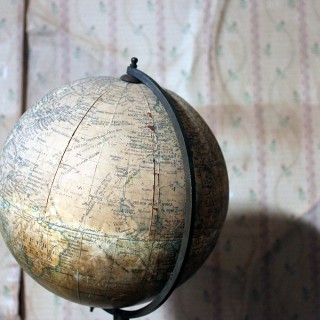 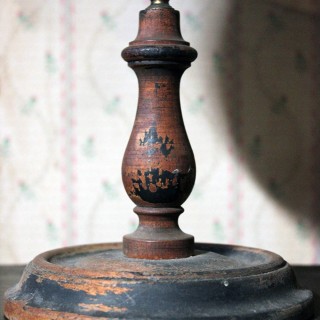 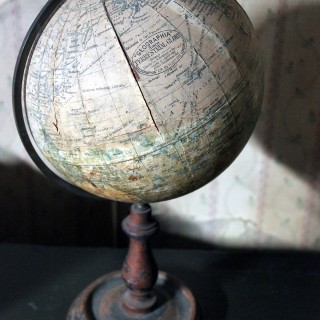 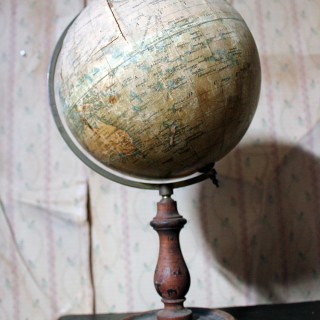 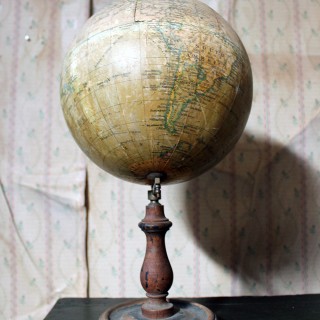 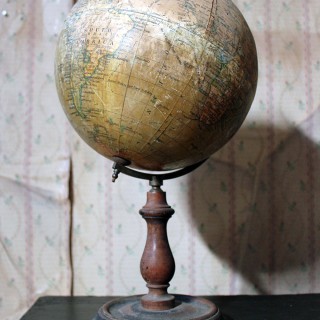 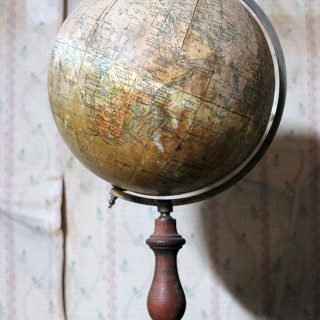 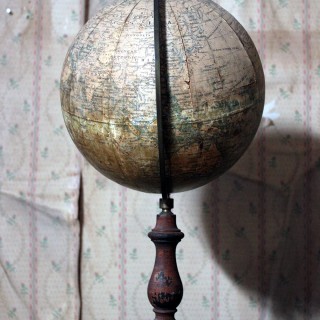 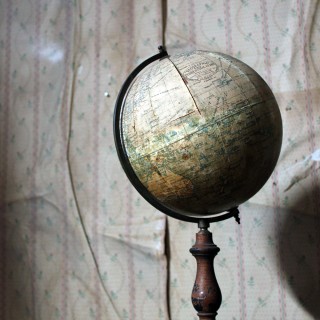 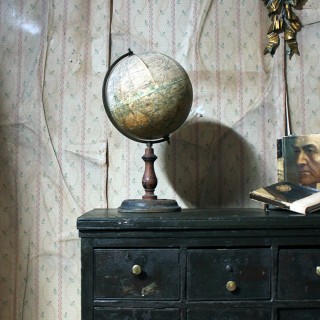 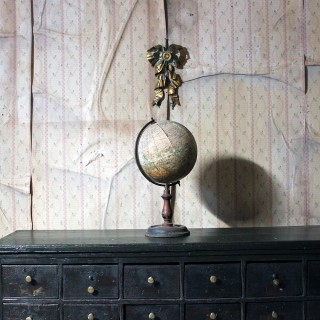 Geographia Ltd was a prolific London-based publisher of globes, maps and atlases from the early 1900s to the late 1980s. Geographia was founded by Alexander Gross (1879-1958), described in the Collins Bartholomew company history as “a truculent Hungarian immigrant.” The firm produced street maps and atlases of all the major cities in the United Kingdom, the most popular of which was the Greater London Street Atlas and its New York office produced street guides for American cities in the mid 20th century. Scholar Elly Dekker estimates the dates of Geographia globe production as ranging from 1910 to 1987.

In true country house condition, the globe is beautifully faded with direct sunlight, the ebonized base thoroughly worn with the globe spinning easily and the paper with a legible surface though with some wear and staining.