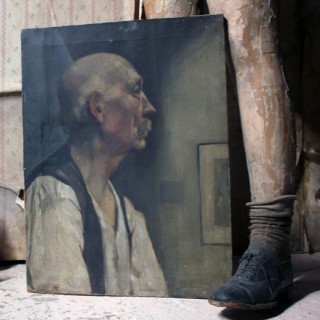 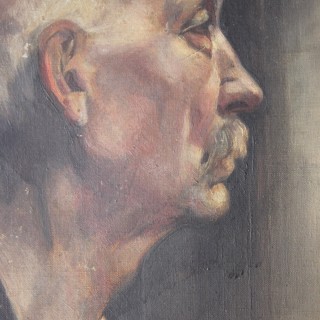 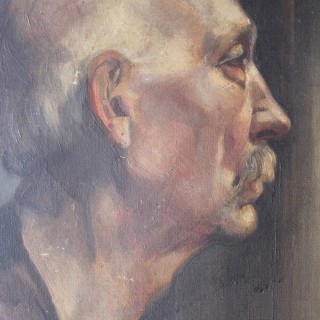 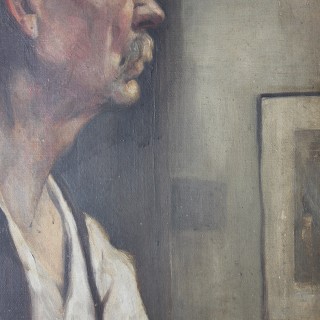 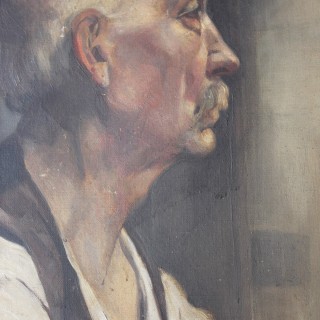 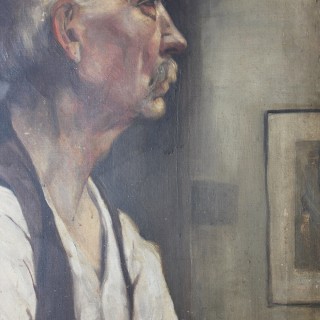 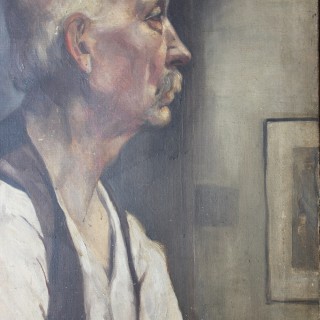 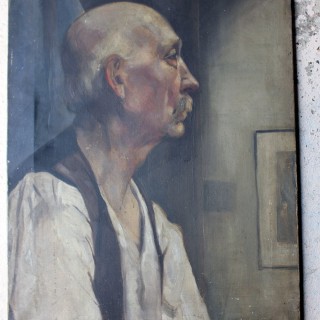 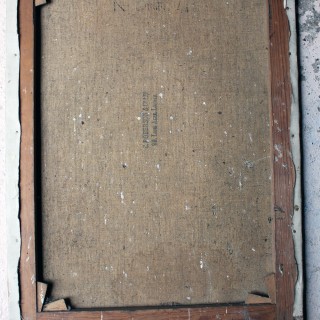 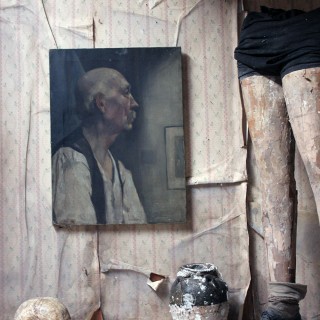 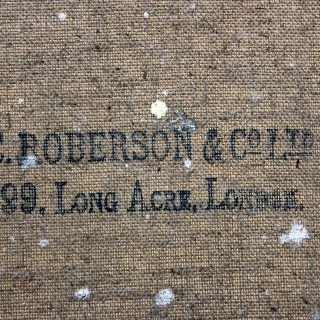 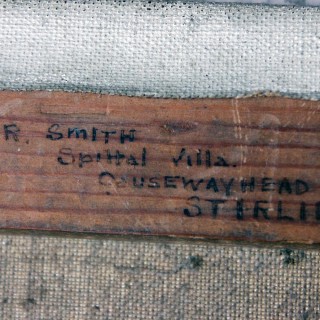 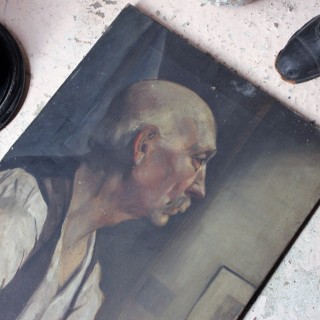 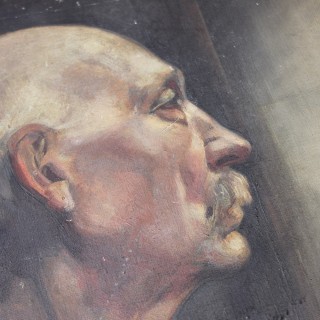 The atmospheric three-quarter length portrait of an older gentleman, possibly of mixed Oriental origins, having thinning hair and a moustache, shown in profile in deep contemplation and wearing a loose white shirt and dark waistcoat, amongst a monochrome interior, the whole presented unframed and surviving from the first quarter of twentieth century Britain.

The stamp verso reads “C. Roberson & co. ltd., 99 Longacre, London”. Roberson’s were based at 99 Longacre from between 1853-1937. This particular style of stamp in this font matches a picture we have found that dated to 1911 though we think stylistically this is a little later. There is also a pencil annotation to the stretcher which reads ‘R.Smith, Spittal Villa, Causewayhead, Sterling’ – so the picture obviously resided in Scotland for a period of time. There is also a stamp above the Roberson one which is sadly illegible and one to the top edge which reads 21X18 which probably relates to the size.

As with the ‘selfie’ today, portraits were also a chance for more self-conscious sitters to be depicted in the latest fashions. This portrait shows a distinct turn away from the more traditional and would have been a fresh perspective at the time with the sitter in profile and the colours that have been used. This gentleman has the look of an elder and wise man with at least some Asian heritage.

A captivating portrait which simmers with mystery and intrigue but also a vivid contemplative calmness.

The picture remains in nice original condition with no over-painting or restoration and some small paint fleck loss to the surface with the most wear to the lower left; please refer to the photographs for a visual reference.