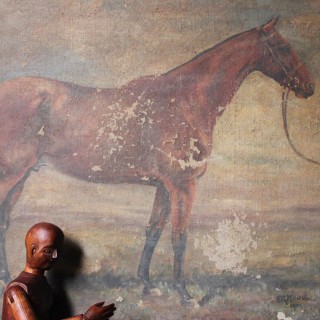 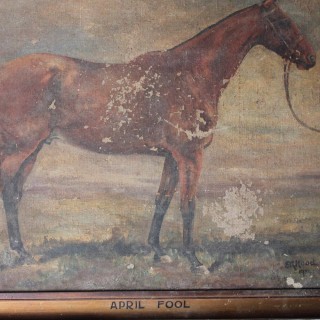 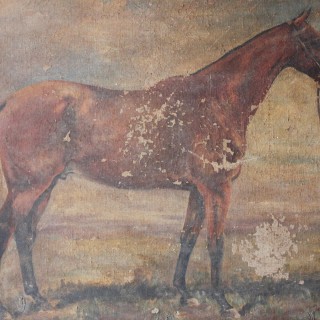 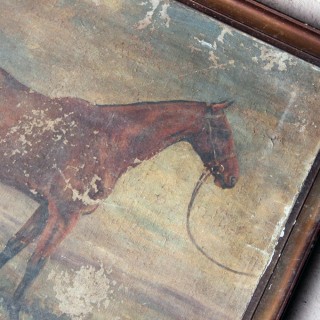 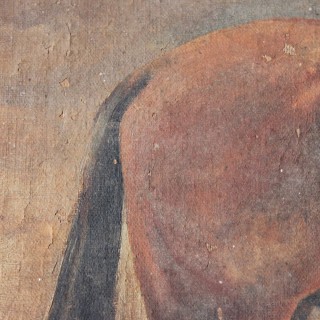 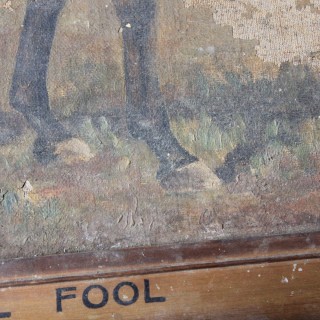 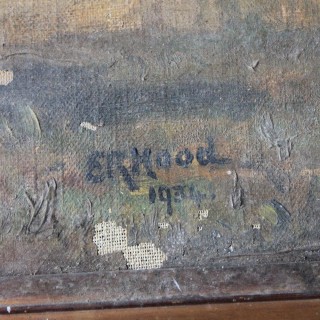 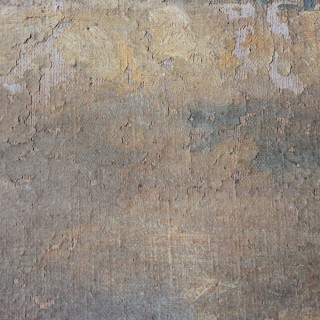 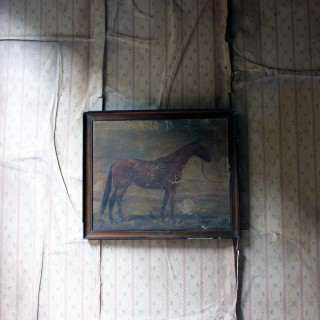 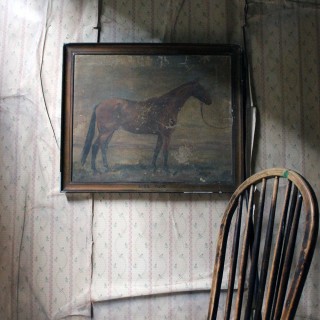 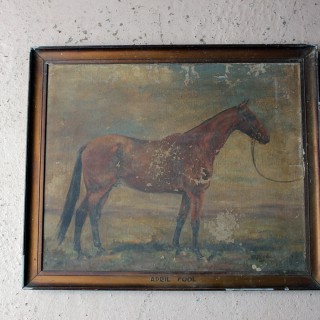 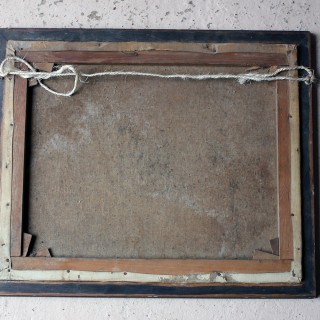 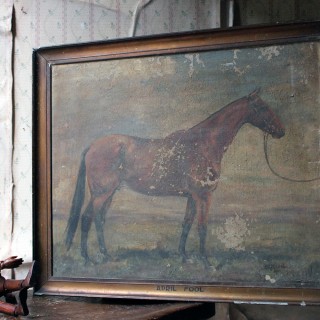 The early twentieth century study of the race horse ‘April Fool’, painted in oils on canvas, signed E.R. Hood. and dated to 1934 lower right, with the horse’s name inscribed to the frame, the study showing the chestnut stallion in profile standing in a fallow field with a swirled powder blue and ochre part cloudy sky and presented in its original gesso-gilded over pine frame.

In the racing world in 1934 the Grand National was the 93rd renewal of the world-famous horse race that took place at Aintree Racecourse near Liverpool, England, on 23 March 1934. It was won by 8/1 shot Golden Miller in 9:20.4, breaking The Huntsman’s 72-year-old record, and also becoming the first horse to win both the Grand National and the Cheltenham Gold Cup in the same year. Elsewhere the year of 1934 in England saw the “surgeon’s photograph” of the Loch Ness Monster, much later admitted to be a hoax, published in the Daily Mail.

A very evocative and dreamy painting which captures both the majesty of the horse and that of the old English country house and its pursuits.

The condition of the painting is unrestored and uncleaned and is in as found untouched order which we always favour. There are areas of flecked loss as photographed. The painting remains decorative as is and perfectly displayable but could be extensively cleaned, restored and reframed if so desired. We cannot find any records of this horse though the name has been used quite a few times, whilst the artist was probably a keen handed provincial amateur.