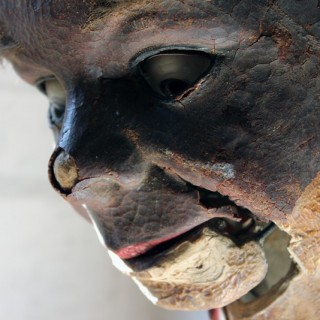 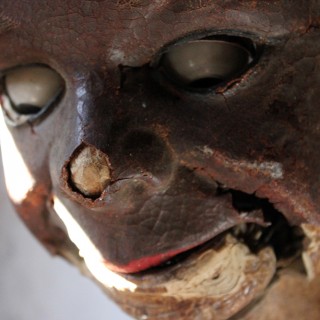 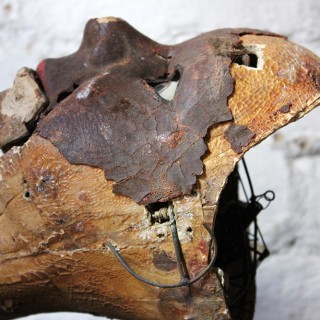 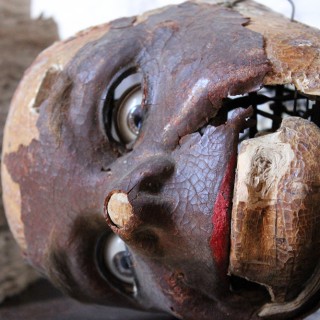 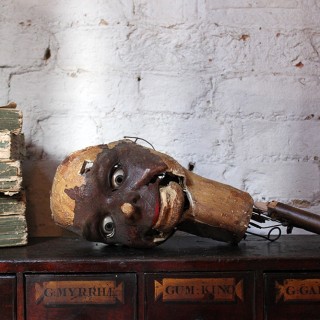 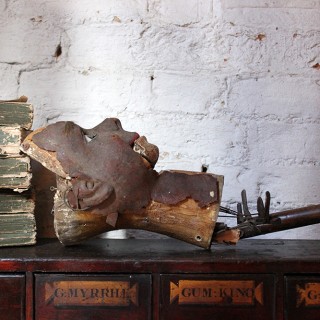 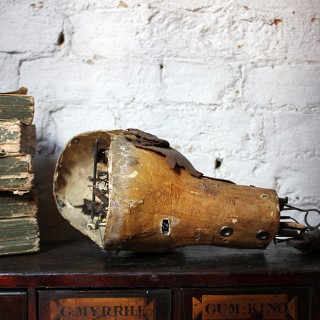 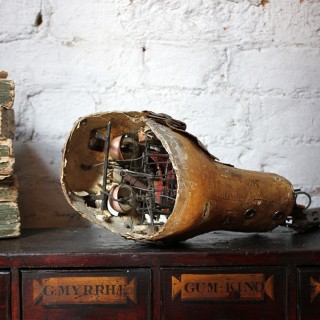 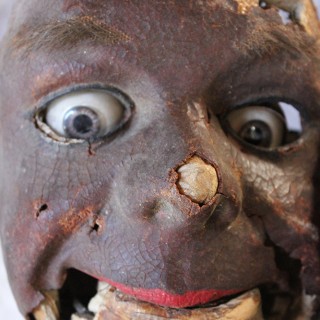 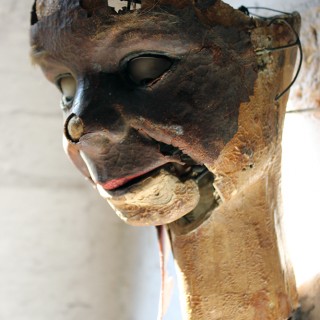 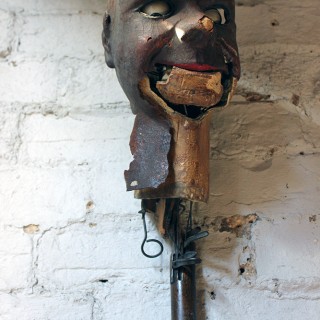 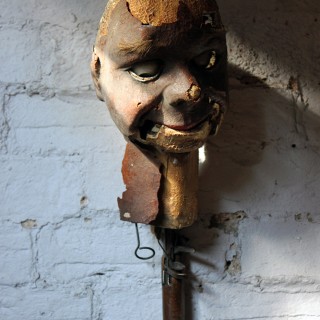 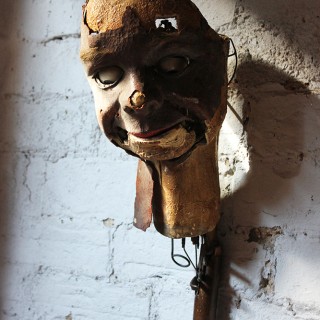 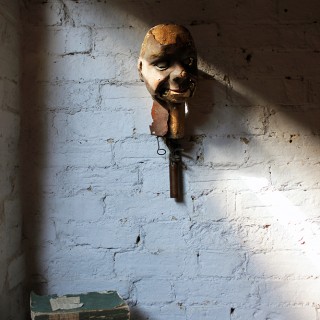 This particular example has as many mechanisms as you will see; the workings inside the head show the sheer myriad of rods working at least seven separate operations with about half of them currently functioning; he can still be made as terrifying or as friendly as the beholder wishes. We have never had an example with a pigskin covering before now and we have sold over forty antique examples. Part of this examples appeal is it’s fragmentary nature, the earliness of the piece and the use of pigskin.

The uncanny nature of ventriloquist’s dummies has enthralled and spooked people for decades, and they continue to feature in horror films to this day. The idea of the ghost in the inanimate object is not a new one, Freud has written at length on the subject in his discussions on the uncanny, and ghost stories have featured dolls and portraits coming to life for centuries.

Very decorative, early and unusual for his type, this vent head is a beautifully haunting sculptural piece that makes one focus on the threshold where the lifeless becomes animate.

In fair overall original order, there has been no meddling with this figure-head at all and therefore he remains unrestored. He is thus in decorative relic condition so there are obvious losses; please see the photographs for a visual reference. Some of the mechanisms are still working and the figure was probably a smoker too though the tubes have perished for the smokers in the mouth but this is always the case.