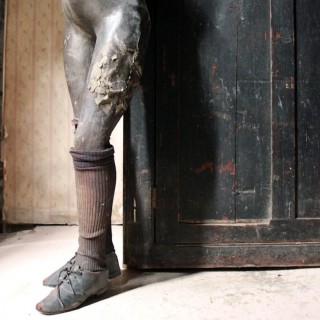 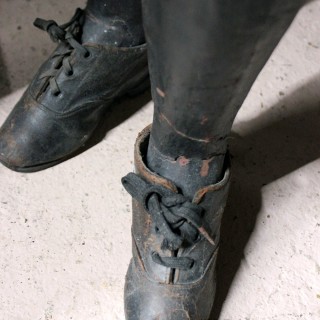 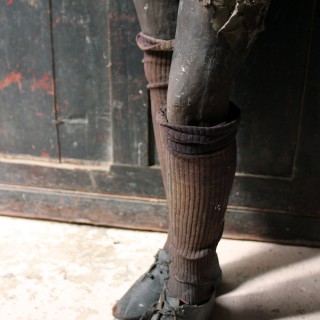 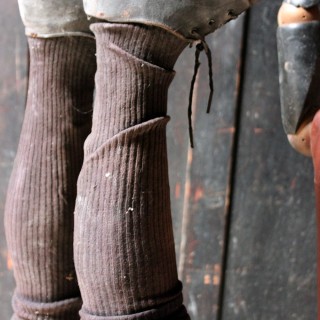 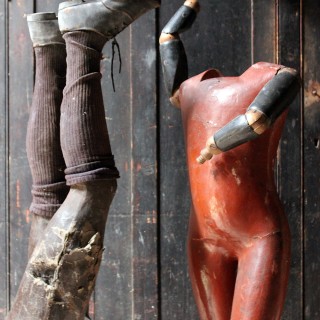 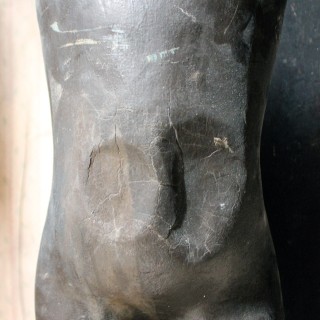 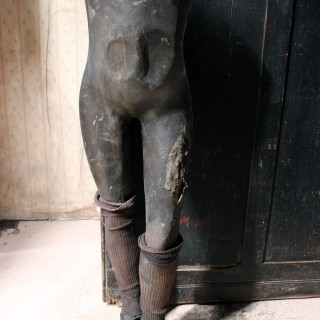 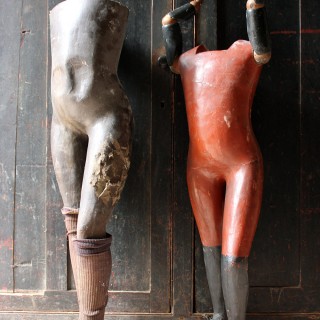 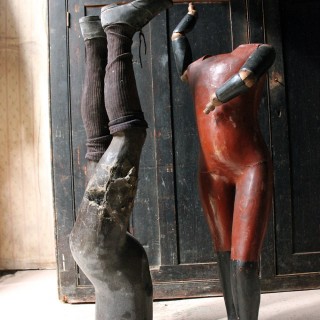 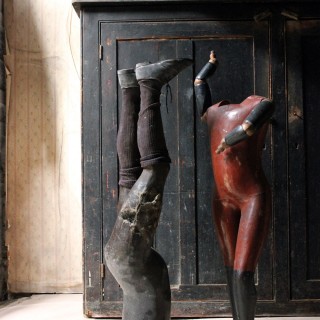 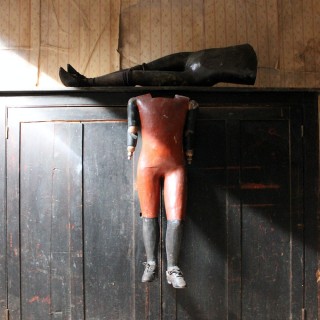 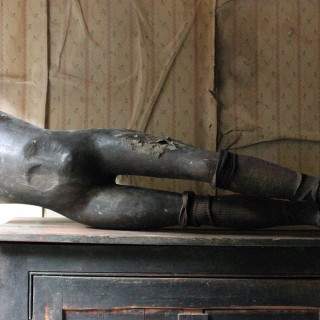 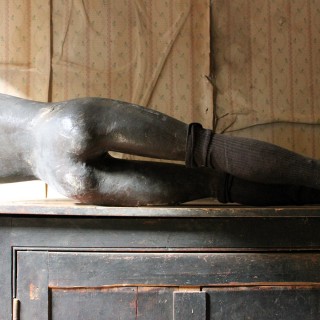 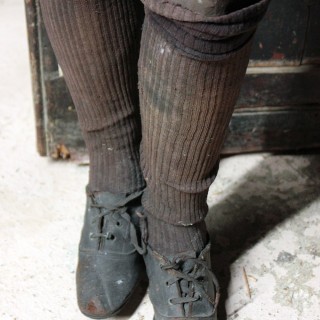 This mannequin may well be by V.N. Siegel of Siegel & Stockman, Paris, established in 1867, who experimented with articulated legs, arms and wooden hands with bendable digits in an effort to more closely mimic human activities and later in 1925 startled the display industry with modern abstract mannequins closely following the Art Deco style. The company are still very much in operation today. Although this example doesn’t appear to be stamped it is probably by Siegel.

…“The seated mannequin is destined to inhabit rooms, especially in the corners of rooms; open air does not suit holiness. This is where they are at home; where they display the gifts of their ineffable and mysterious poetry”… Giorgio de Chirico; Birth of the Mannequin 1938.

The mannequin is complete as it should be being a half mannequin. The whole shows several knocks and losses which is part of its huge appeal and dents to the front section and a puncture to the leg as photographed. The shoes on this example are scarcer and are simply wonderfully evocative. The mannequin would have been on a rod stand to make it stand unaided.