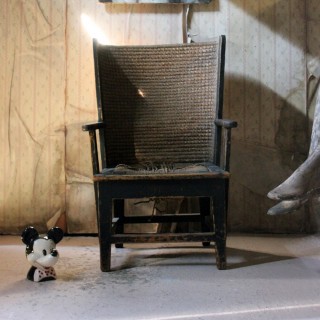 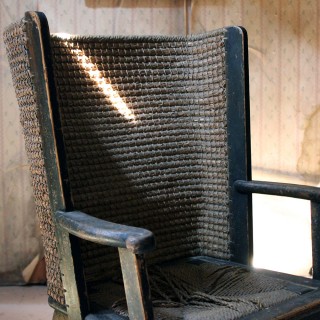 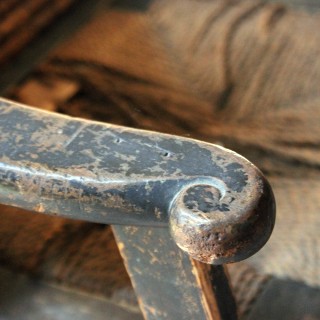 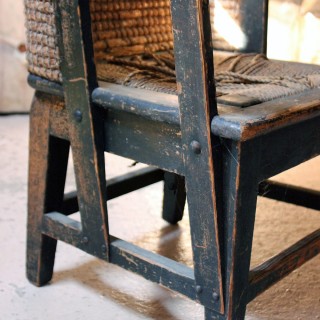 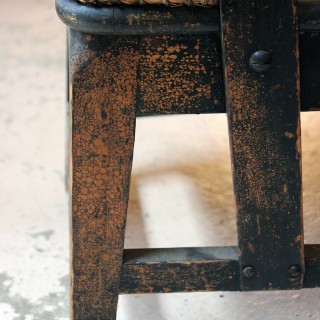 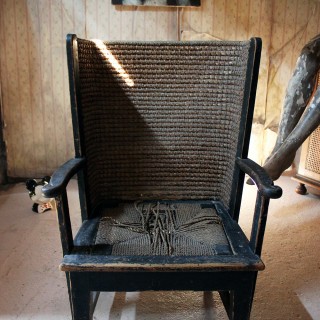 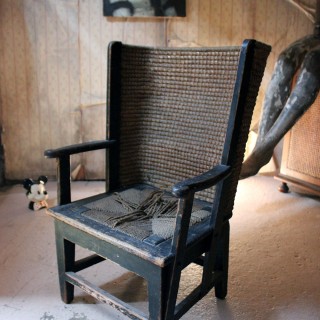 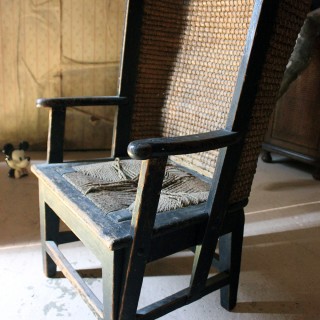 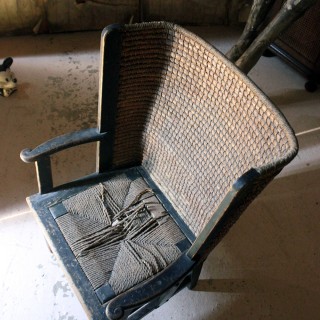 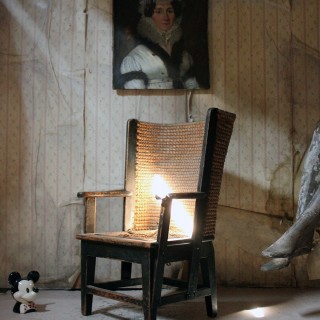 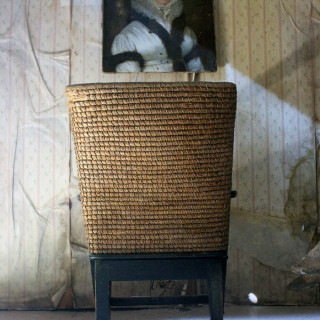 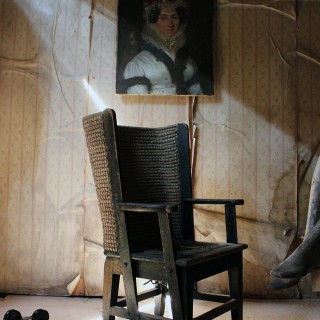 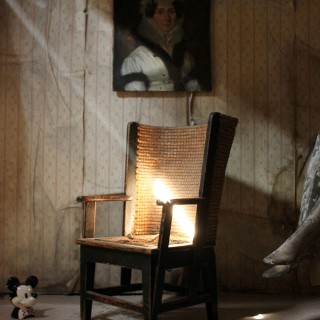 The curved woven straw back with upright supports issuing open arms with scroll terminals, the drop-in seat raised on square tapering legs, the black painted whole designed by Reynold Eunson and made by D.M. Kirkness, Kirkwall, Orkney, Scotland, and retailed by Liberty & Co. London, the whole surviving in beautifully timeworn condition from the early twentieth century.

Rooted in traditional craftsmanship, the Orkney Chair has evolved over time from a low round stool completely covered in straw, to a distinctive low chair with a straw back. On the largely treeless northern isles, straw quickly became an important alternative material for the manufacture of furniture and other practical domestic items. Some designs feature a hood, thought to provide shelter from any draughts. Later, inset seats began to replace solid wooden bases and the chairs were made commercially by local craftsmen such as David Kirkness.

In the 1890s, a new market was created for the Orkney straw-backed chair, which hitherto had been a vernacular product used largely in the homes of its makers on the Orkney Islands in the north of Scotland.

Two straw-backed chairs were displayed at the Edinburgh International Exhibition of 1890 leading to orders from Liberty of London, the increase of Kirkness’s business from a sideline to a worldwide trade and could be found in the homes of Charles Rennie Mackintosh and Edward VII. After the Second World War Reynold Eunson, a fellow Orcadian carpenter, bought the workshop and continued manufacturing the Orkney chair in the traditional manner.

A beautiful example of vernacular furniture with a stunning finish.

The chair has a very good patina to its carcass and remains in nice original order, standing well, with some expected movement, and is overall in sound condition but with some damage to the rush seat as photographed which could be repaired. The rest of the rush is in fine fettle.