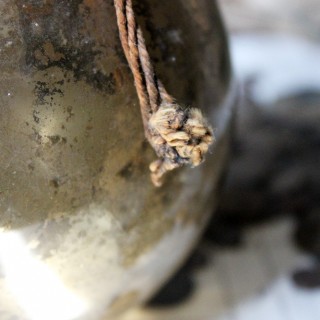 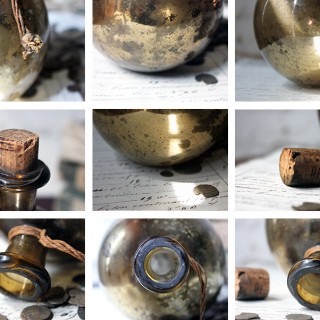 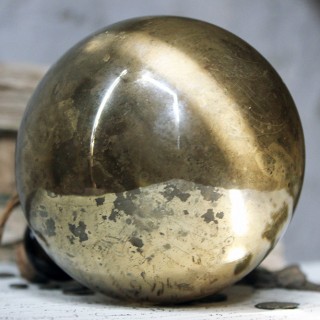 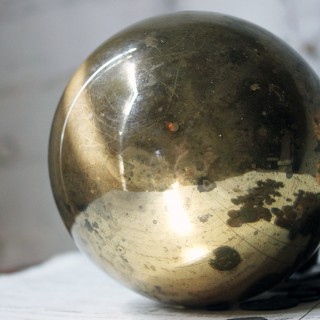 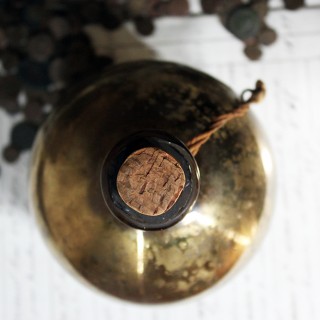 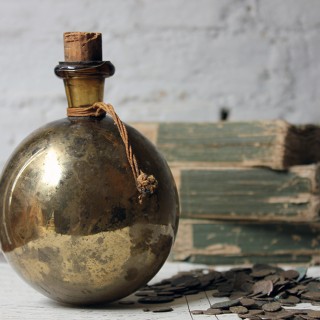 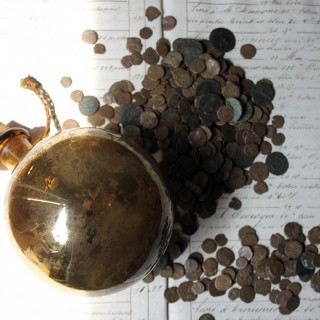 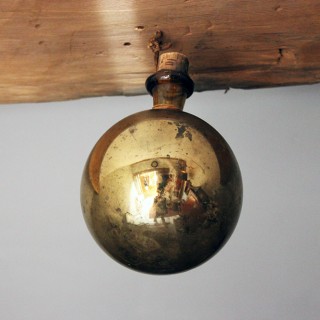 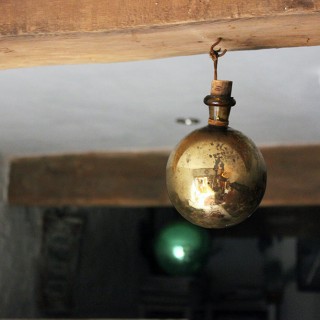 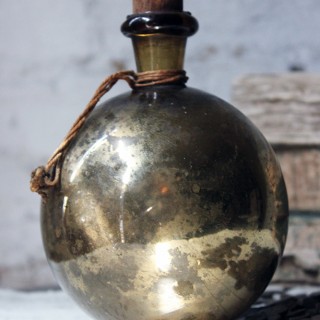 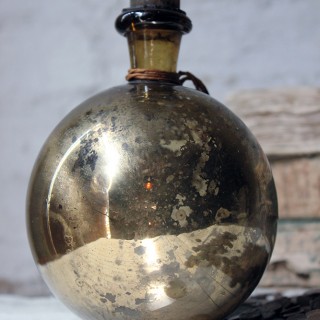 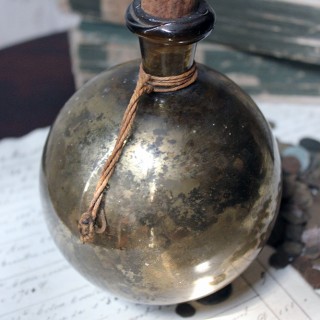 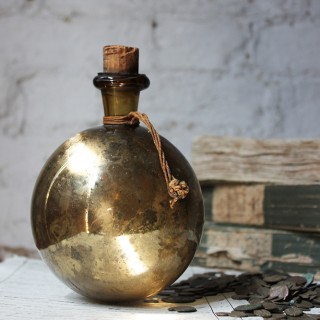 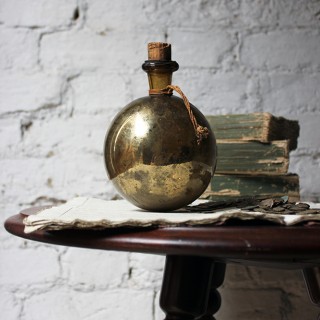 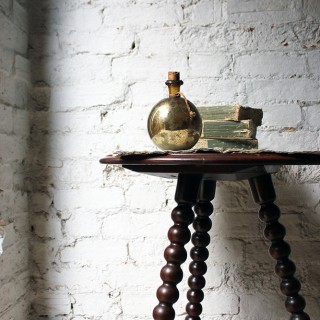 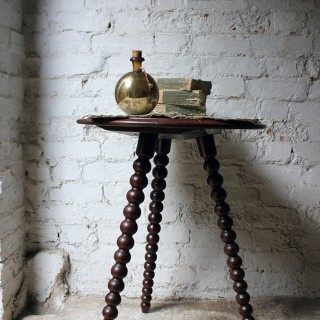 Witches balls have a rather interesting and mysterious history and there have been several theories put forward as to their main use. The most common theory is that witch balls were hung in 18th and 19th-century windows to ward off evil spirits as it was believed that witches could be entrapped by their own reflection. Other theories include the objects being used as an early form of burglar alarm with the large surfaces reflecting intruders to ones attention.

History tells us glass houses in England began producing witch balls in about 1690. In 16th century England the with ball was called a ‘watch bottle’ designed to contain holy water supporting the folk tale relating them to magic associated with them. The witches bottle was a stone or glass bottle filled with urine, nails or hair burned or heated for the purpose of repelling or breaking a witche’s power over her victim. Peddlars sold these bottles at country fairs and door to door. This is quite an early example compared to others you see on the market today.

We implore you to gaze into this ethereal, lustrous beauty and try not to be bewitched.

The condition is largely what one would like and expect to find in an original antique example with pitting and character marks with age. There are no cracks or damages to speak of with some imperfections to the blowing at the neck, which is charming. The cork is certainly old as is the string that hangs around the neck though it is too difficult to say if they are original to the bottle.