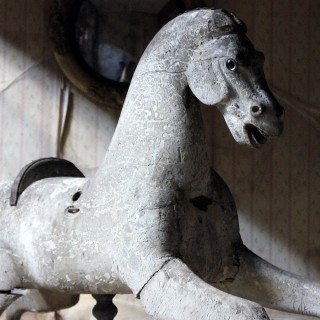 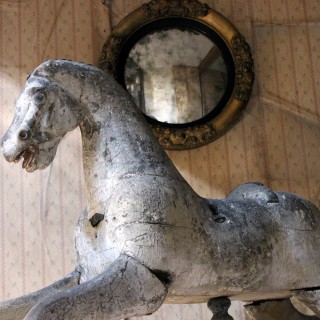 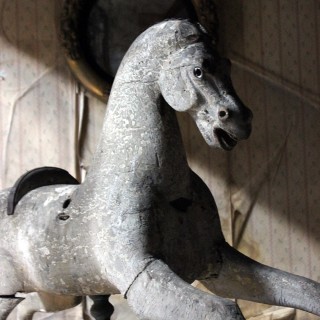 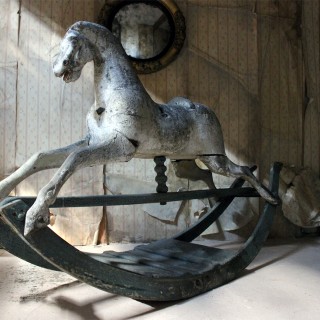 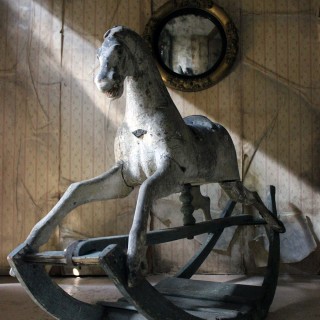 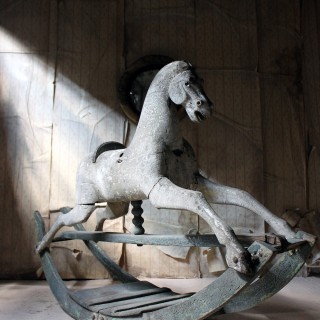 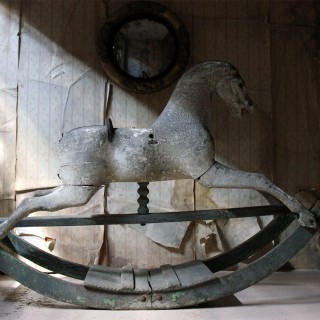 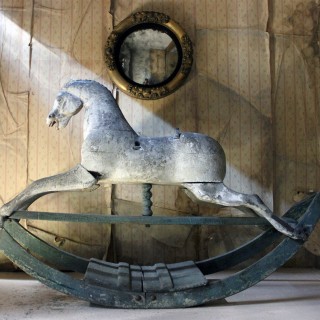 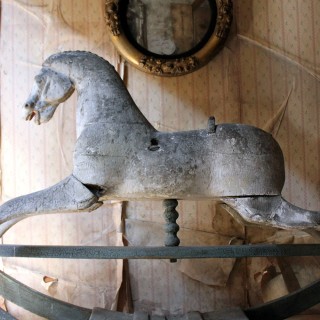 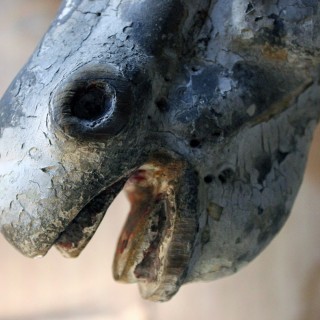 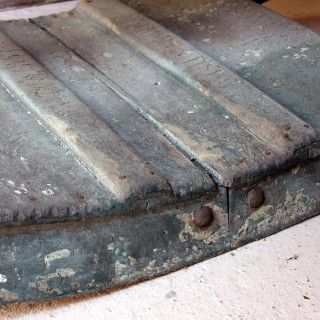 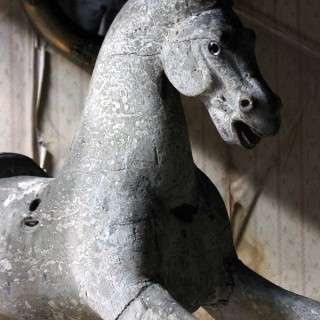 The early to mid-nineteenth century grey rocking horse on bow rocker, showing a wonderfully textured finish to painted hues of grey, blue and green, the well carved painted and gessoed horse with flared nostrils and open mouth, the body having a bobbin turned support, the top with remnants of tack, the horse with outstretched legs, the tail and ears lacking, mounted on an ash bow rocker with beautiful period paint, rounded ends and turned cross-pieces and surviving in un-meddled with country-house condition.

The horse on bow rockers that we know and love today was a product of eighteenth century England and were popular with the wealthy with it being said they were used to help develop children’s’ balance for the riding of real horses.

Horses in this period were carved, roughly rasped and then covered with gesso which was also known as whitening and looks like plaster. This was far easier to rub down than the wood itself and gave a very smooth finish on which to paint. However, it was a very time-consuming process whereby the gesso was applied hot, in multiple coats, with sanding in-between and each coat could take up to ten hours to dry.

A delightfully untouched example that would grace any space.

The horse remains in unrestored and gloriously un-meddled with condition; one eye is frosted over, maybe with one being a replacement, the tail and ears are lacking and there are some splits and losses to the whole as photographed. She still rocks well. Overall it is undeniably hugely decoratively appealing. Please refer to the photographs for a full visual reference.