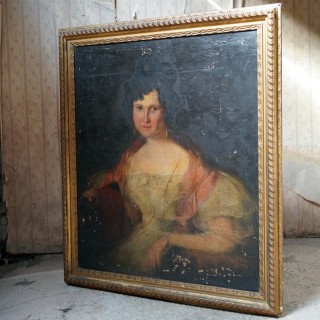 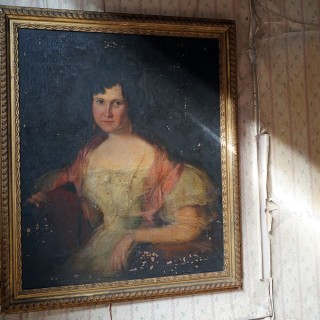 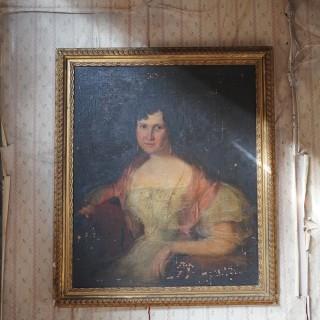 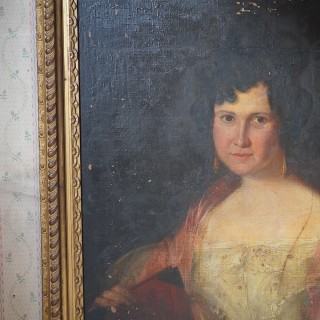 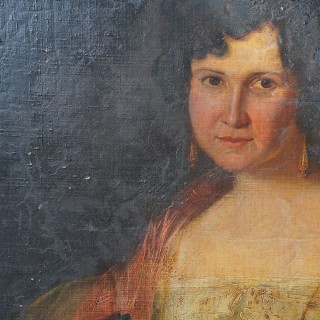 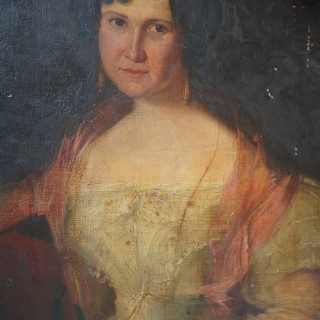 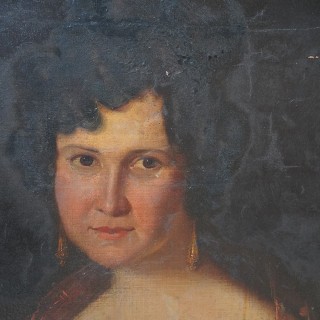 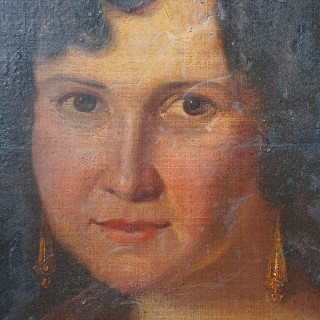 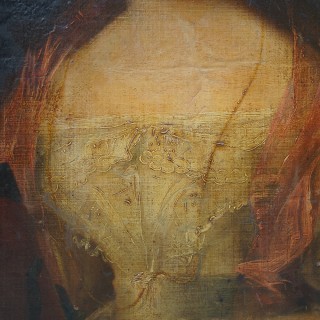 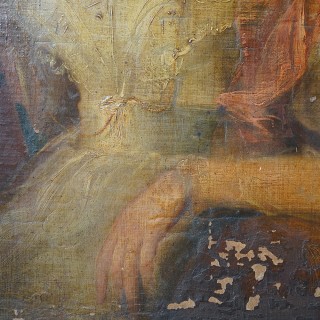 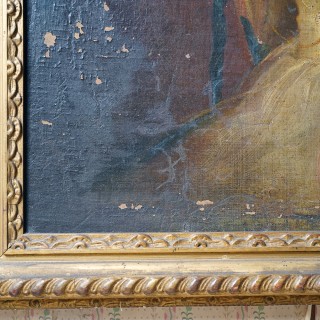 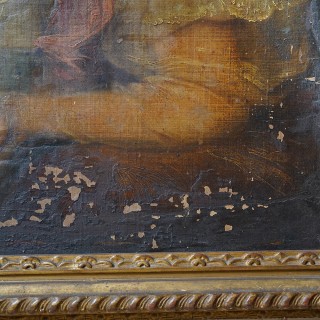 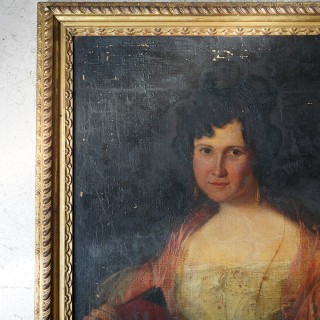 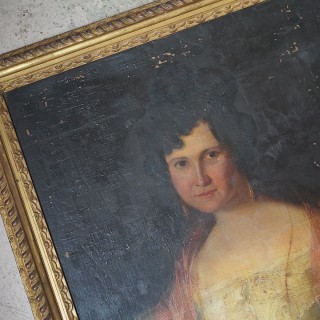 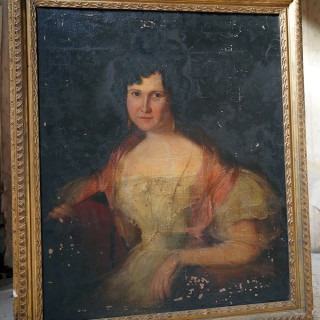 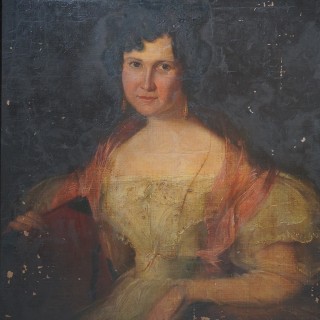 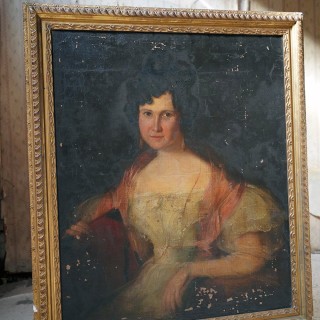 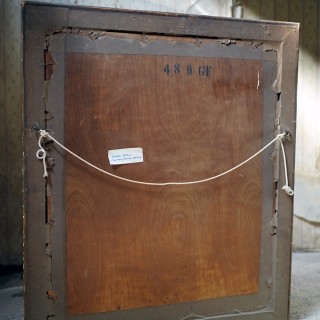 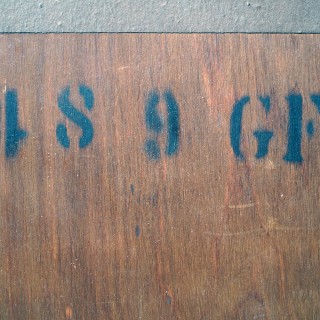 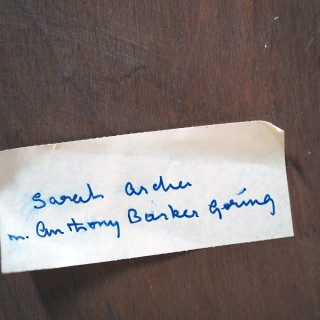 An Early Victorian Oil on Board Portrait of Sarah Goring c.1840-45

The well-realised half-length depiction of Sarah Goring (nee Archer), in oils on canvas laid to board, clad in period dress, being a white lace dress with scarlet shawl, seated on a red armchair and looking out to the viewer, the whole presented in its original moulded gilt frame, the work surviving from start of Queen Victoria’s reign.

Anthony Goring was a wealthy sugar plantation owner in Barbados. In 1836 he was awarded 1,491 for compensation for slaves after the abolishment of slavery. His wife, Sarah the sitter, would effectively have been a lady of leisure.

The level of skill seen in the painting is high, with Sarah being around forty in the painting at the height of prominence, depicted with a hint of a smile, this would have been ‘her moment’ capturing her at her best.

As with the ‘selfie’ today, portraits were also a chance for more self-conscious sitters to be depicted in the latest fashions. In the eighteenth century, the upper classes entered a new era of prosperity. No longer the preserve of royalty, commissioned portraits, of oneself or one’s ancestors, became a coveted symbol of wealth and status which continued even more so in the nineteenth century. The portraits took pride of place in the home or were given to others as gifts.

A sitter with an interesting backstory, and if nothing else a delightfully unspoiled decorative painting.

The picture has been left untouched for its life of around 180 years, there is a commensurate amount of craquelure across the canvas, with flaking to the surface as per the photographs. The frame is also original and the thus the entire composition is completely undisturbed. There is a Christies stamp verso giving a nod to the paintings quality which reads 489GF – we have checked with the arrives at Christies and they have told us that “489GF relates to a consignment of one single picture. Unfortunately, this picture was never entered in to auction and was collected by the vendor. Due to it never being entered into auction, it was not catalogued and so we have no further information on it.”

An Early Victorian Oil on Board Portrait of Sarah Goring c.1840-45