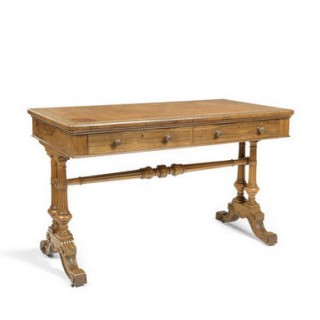 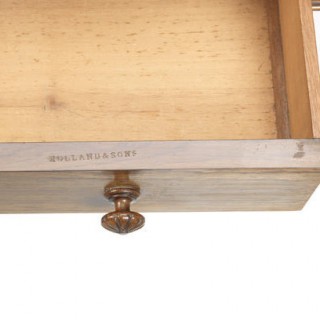 FOOTNOTES
Recorded in 1815 as Taprell and Holland, the firm by 1843 was under the auspices of William Holland, a relative of the Regency architect Henry Holland. Subsequently, Holland and Sons became cabinetmakers and upholsterers to the Queen, their first commission being for Osborne House in 1845.

Holland and Sons continued to supply furniture for Osborne until 1869, but gained further commissions for Windsor Castle, Balmoral and Marlborough House. They supplied furniture for many leading institutions, including the Reform and Athenaeum Clubs, the British Museum and Royal Academy, and also participated in many important International Exhibitions, including London in 1862 and Paris in 1867 and 1872.