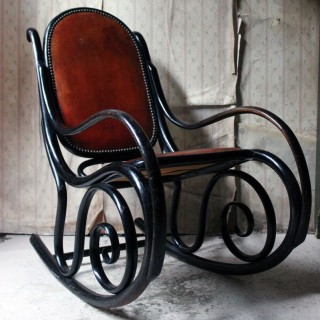 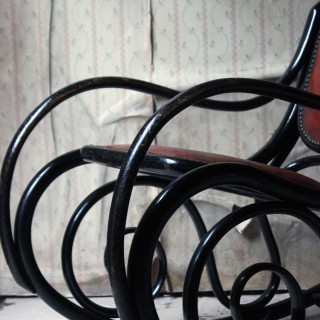 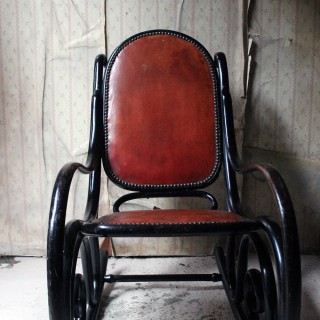 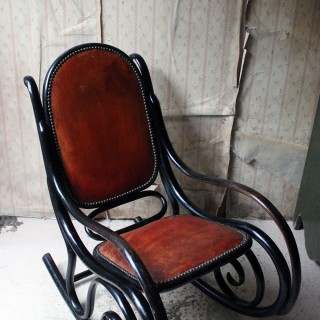 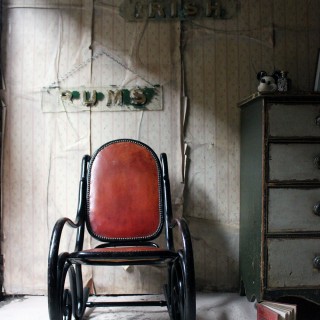 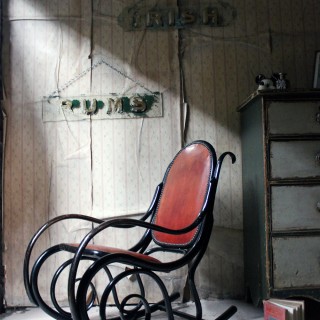 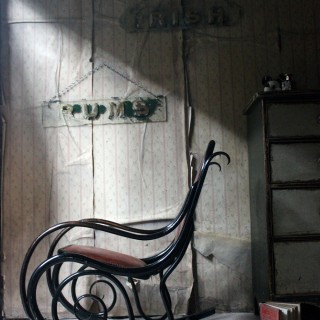 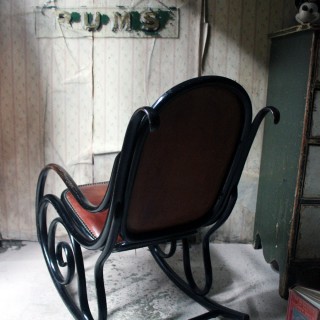 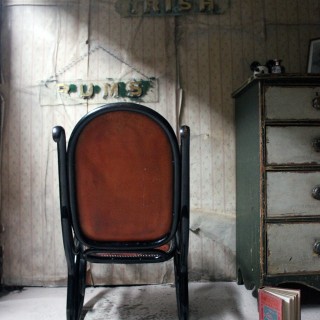 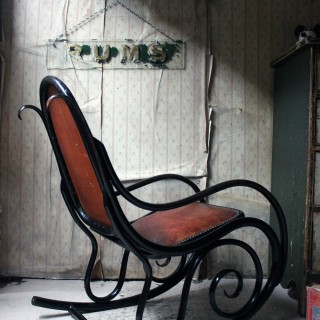 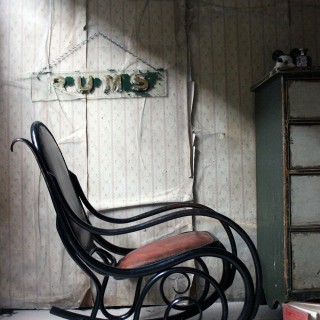 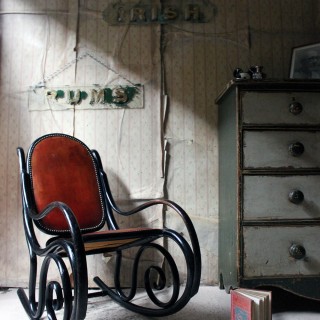 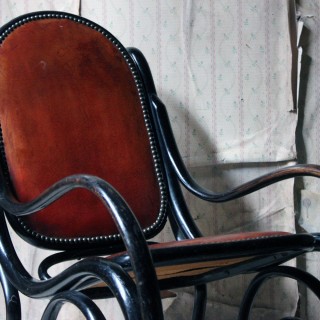 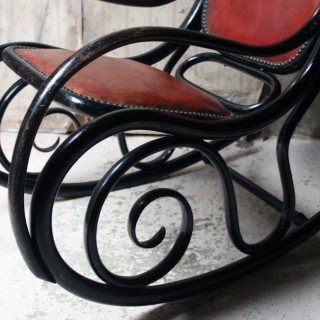 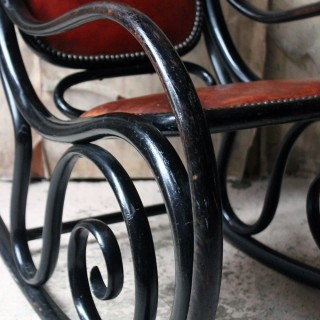 The classic Vienna Secession style bentwood rocking chair having an ebonised scrolling frame to burgundy leather upholstery with brass hobnails, the finish to each surface now beautifully worn and surviving from the early twentieth century.

Michael Thonet was a German-Austrian cabinet maker, known for the invention of bentwood furniture. Since founding his first workshop in Boppard on the River Rhine in 1819, the name Thonet has been synonymous with quality, innovation and clear aesthetics. In the 1830s, Michael Thonet experimented with strips of veneer boiled in glue until he succeeded in inventing the “furniture made of bent wood” after several years. This example is particularly nice as it has leather upholstery rather than the wicker ones that you’d usually find.

A dramatically sculptural chair with a real graphic edge.

The chair has a lovely deep and rich colour and expected patination to the right areas with the seat and arms bearing the richest patina. The piece is stable and rocks beautifully.