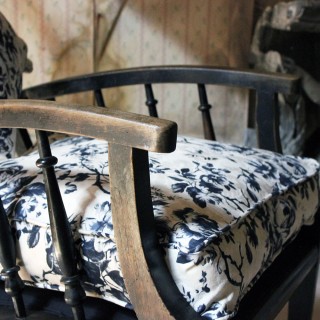 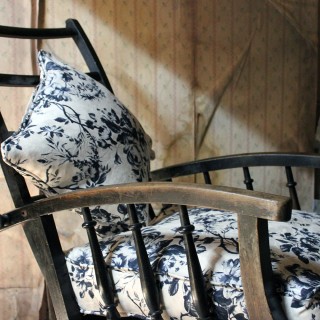 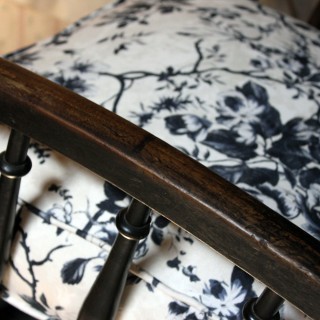 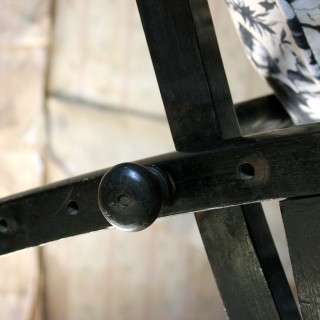 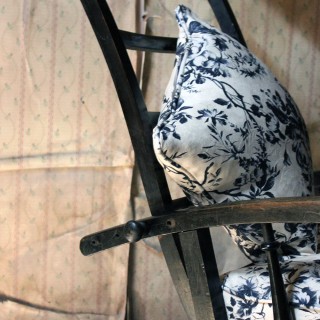 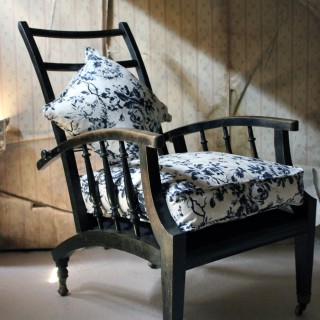 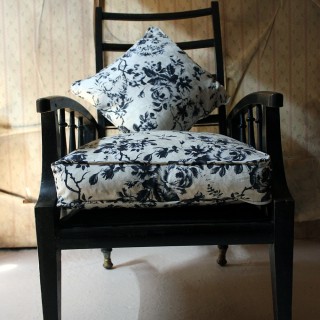 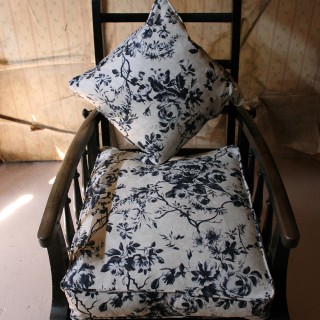 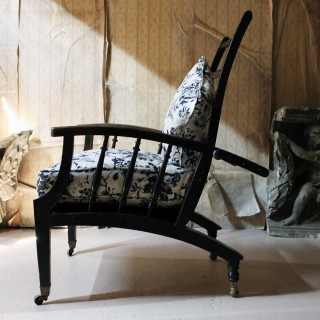 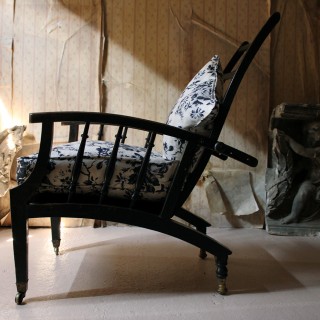 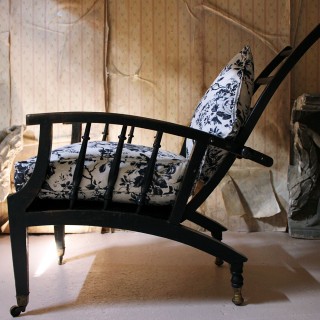 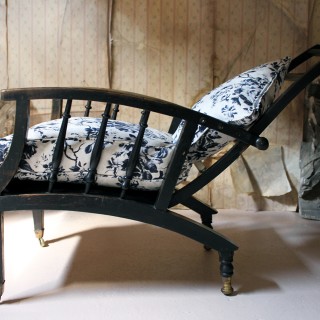 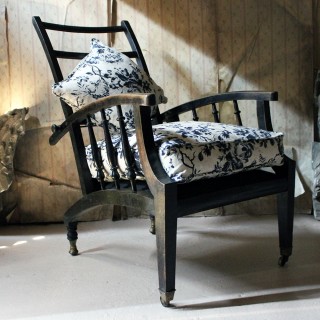 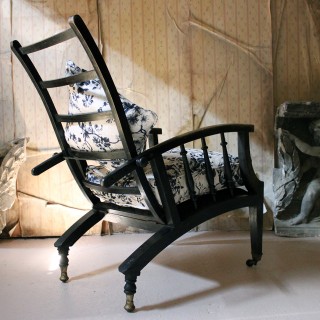 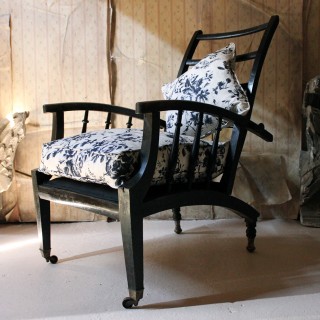 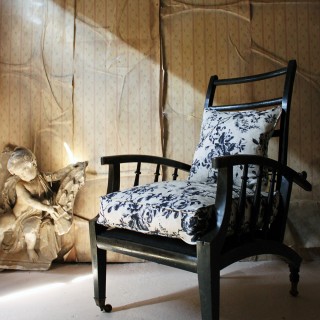 The ebonised Morris & Co style reclining armchair, made after a design by Philip Speakman Webb, the three-setting adjustable bar-back to a swept frame and arms with turned column uprights with carved supports and slender sabre legs, on the original brass castors to the front and to concealed ball castors to the rear, the whole upholstered in House of Hackney’s ‘Dalston Rose’ cotton-jacquard fabric, and surviving from late nineteenth century England.

This chair derives from the ‘Morris Chair’ by Phillip Webb who was a designer for Morris & Co, in 1865. It may well be by the very same, though other makers such as Liberty and Jas Shoolbred also made chairs of this type due to its popularity. The design was first drawn after a manager for Morris & Co sketched out the design and asked Philip Webb to create it.

The aesthetic movement can be seen as the bridge to the arts and crafts style. It often had formalised, restrained ornamentation, and was heavily influenced by Japanese decoration, knowledge of which flowed to the West in the nineteenth century through oriental imports. It rebelled against the lavish ornamentation and over-embellishment of the high Victorian period, and sought a purer, more precise level of expression. This particular example has influences from the arts and crafts, the aesthetic movement and Regency revival in its design.

A comfortable and stylish period piece with masses of style.

The armchair is in good condition with the recent upholstery being of good quality, and being feather filled with piping. The carving is all-present with no losses and the ebonised finish has expected areas of attractive wear in the right places, mainly to the arms. The chairs adjusts via a removable brass rod that can be inserted into three different positions, whilst the castors are all original and move freely.