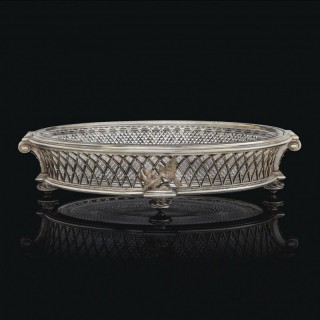 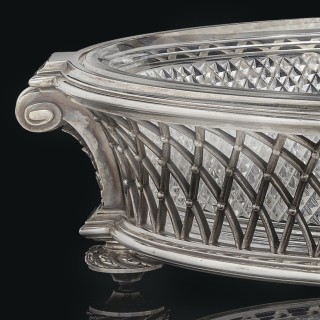 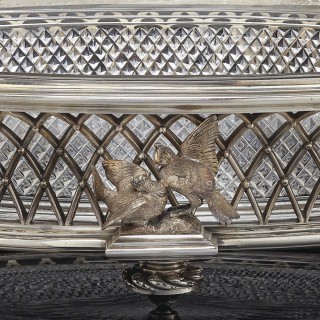 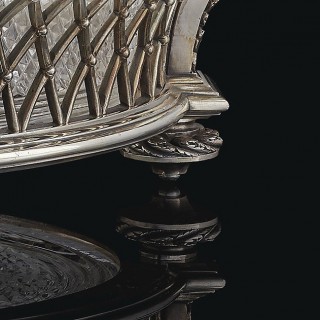 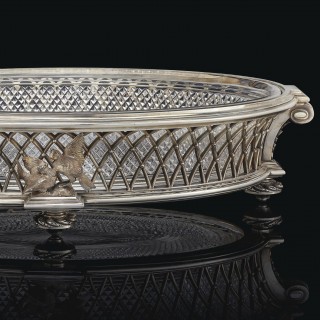 An Elegant Cut-Crystal and Silver-Plated Centrepiece

Stamped to the underside with the Baccarat cachet.

This large centrepiece is of oval form with a silver-plated basketweave frame with scrolled handles and centred to the front with courting doves. It is raised on foliate cast toupee feet and inset with a hob-nail cut crystal basin.

An Elegant Cut-Crystal and Silver-Plated Centrepiece