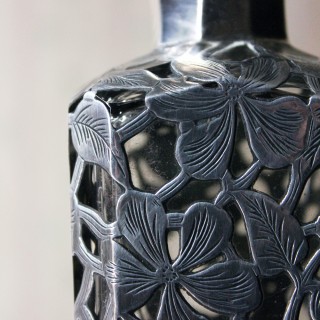 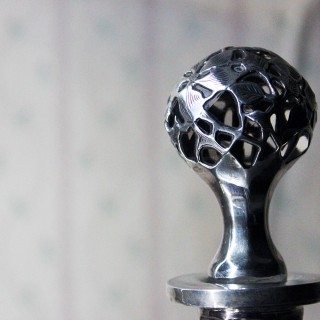 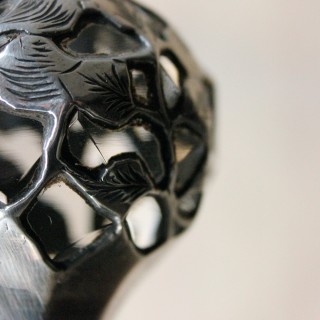 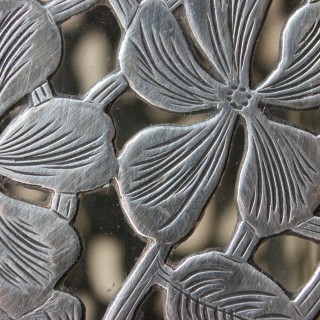 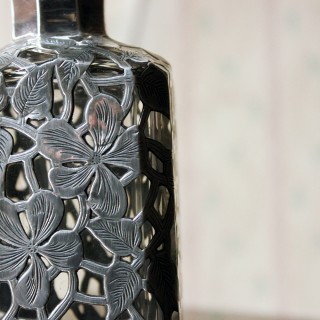 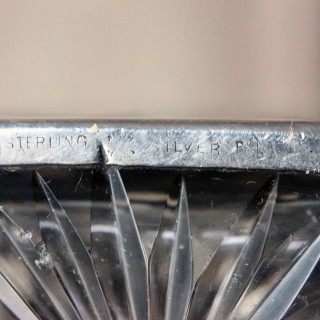 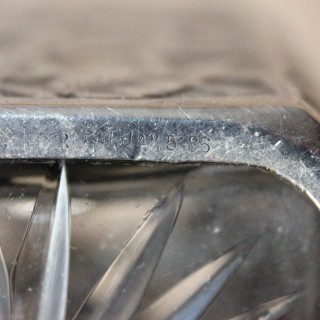 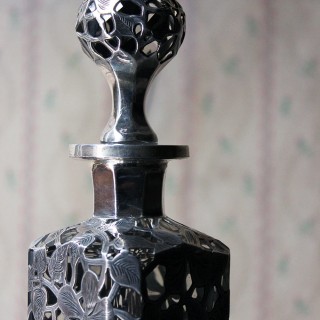 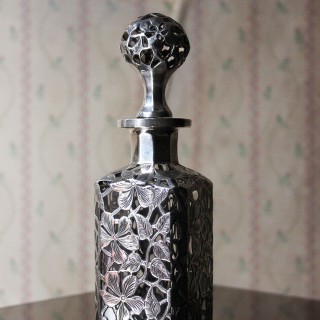 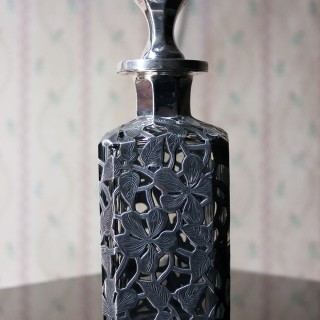 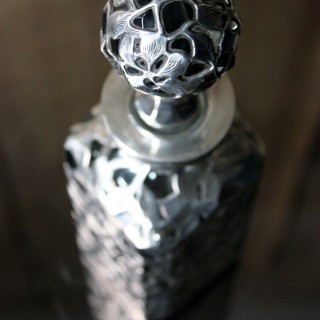 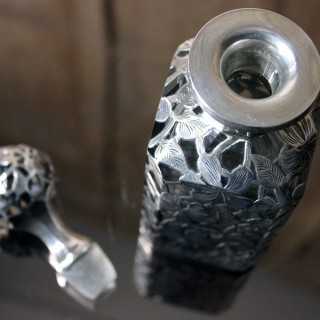 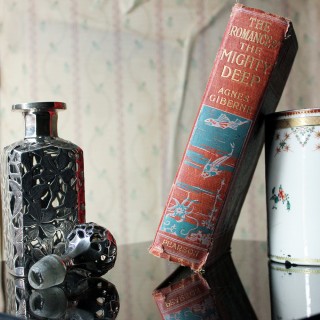 Founded by Wm. H. Jamoneau in 1886 (this bottle being one of the very first therefore), as Alvin Mfg Co in Irvington, New Jersey. The firm changed to Alvin-Beiderhase Co (c. 1893) under the management of Wm. H. Jamoneau, Henry H. Leibe and George B. Beiderhase moving in 1895 to Sag Harbour, Long Island. In 1897 Alvin-Beiderhase Co, maker of Official World Fair souvenir spoons for 1893-94 Chicago Columbian Exposition, was purchased by Joseph Fahys & Co (watch-case manufacturer) operating as a branch until 1910.

Made by electrodeposition and then acid etched and finished with hand engraving this bottle is most typical either of Austrian Loetz type pieces but also seen on a lot of American examples, of which this is. In 1886 Alvin patented a process for depositing pure silver on metallic and non-metallic surfaces. In this process the article was first coated with silver and afterwards a part of the coating was cut away, thus exposing the base, as a pierced work.

A prettier bottle would be hard to find!

The glass has no cloudiness or condensation and is presented in good overall condition with the original stopper. There is surface wear and some dirt residue.