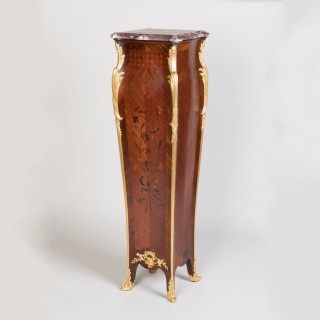 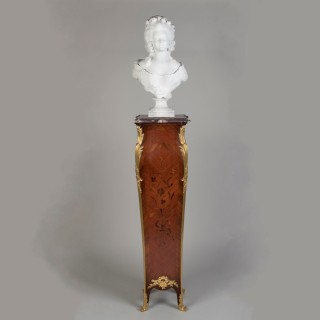 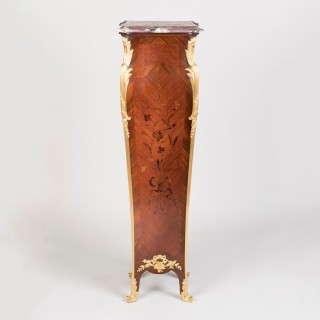 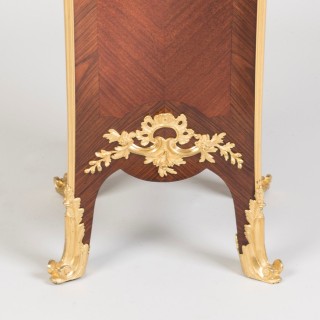 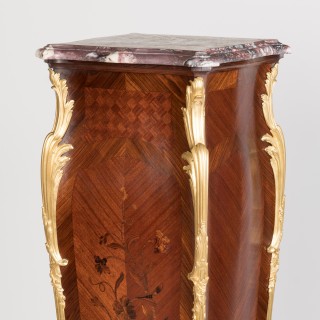 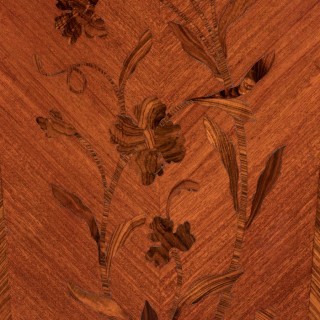 An Elegant Marquetry Pedestal By Maison Millet of Paris

An Elegant Marquetry Pedestal
By Maison Millet of Paris

Of elegant bombé form with bookmatched kingwood crossbanding and a bois de bout floral marquetry panel on a bois satiné ground, the corners dressed with acanthus ormolu mounts terminating in sabot feet; surmounted by a brèche violette molded marble top. The back of the mount bearing “MB” for Blaise Millet.
French, circa 1900

Founded in 1853 at 11 rue Jacques- Coeur, and, after 1897, working from 23 Boulevard Beaumarchais, describing themselves as furnishers of ‘meubles, bronzes d’art, genre ancien et moderne’, according to their trade card; they were awarded numerous honours a Gold Medal at the 1889 Exposition Universelle in Paris, and at the 1900 exposition, a Grand Prix for their efforts. Maison Millet is consistently ranked alongside Beurdeley, Dasson, and Sormani as one of the top Parisian furniture makers in the second half of the nineteenth century. François Linke made furniture for Millet in the 1890s.

An Elegant Marquetry Pedestal By Maison Millet of Paris