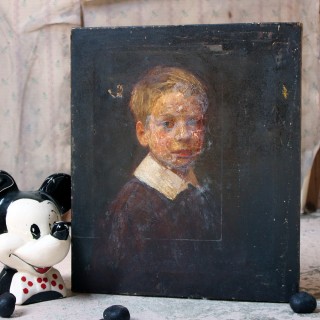 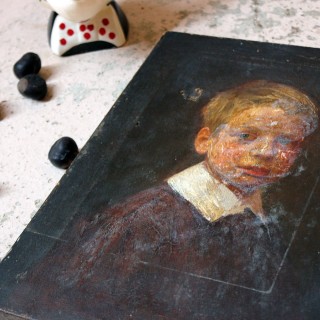 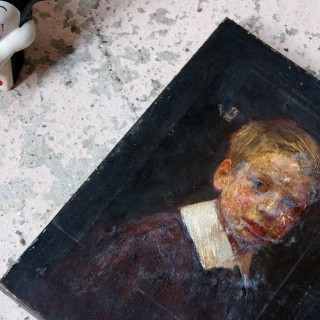 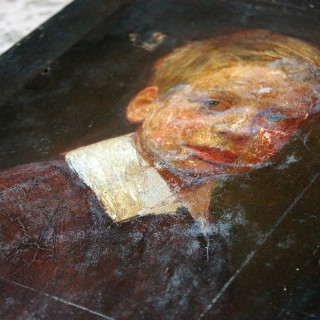 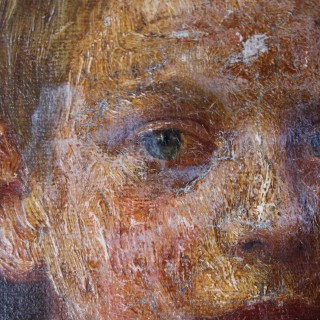 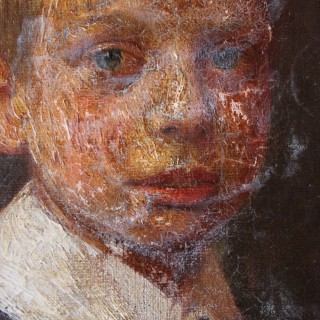 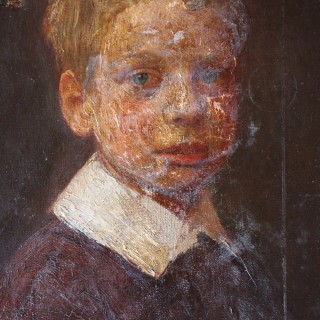 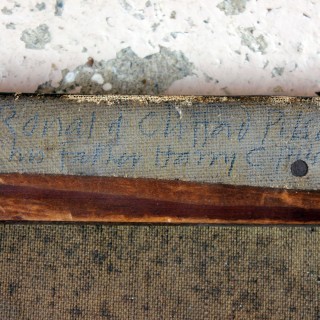 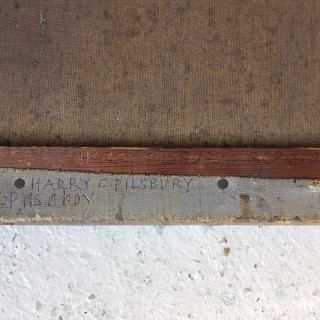 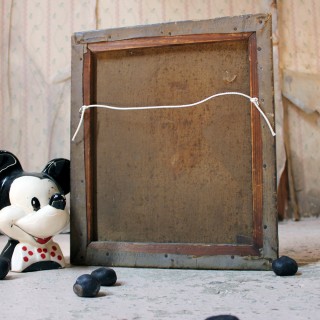 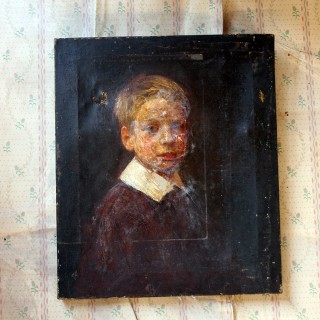 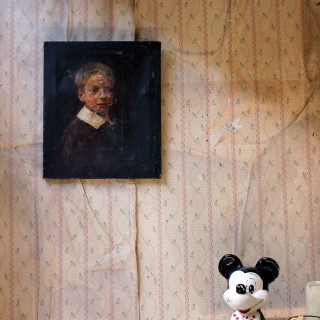 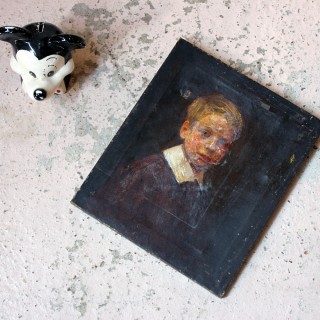 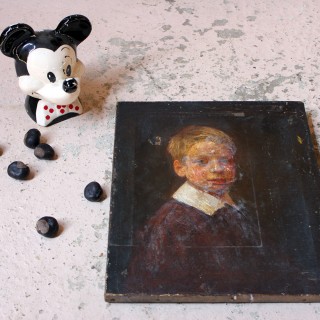 The three-quarter length depiction of a boy, Master Ronald Clifford Pilsbury, probably aged around eight or nine, in oils on canvas, by his father Harry Clifford Pilsbury (1870- 1925), the sitter shown in period dress with brown overcoat and white collared shirt, with short blond hair, on an burnt brown black ground, survives unrestored and unframed.

Harry Pilsbury was an art master at Oundle School and went on to become the headmaster of Whittlesey School of Art in Cambridge. He did a number of important society portraits in a late nineteenth and early twentieth centuries. He is said to have exhibited 16 works at the RA 1902-24. Pilsbury painted many of the leading figures in the Leicester area.

Ronald Clifford Pilsbury, his son, grew up to be an electrical engineer concerned with Battersea Power Station; and he studied and gained a degree from home. He was very musical and a gifted pianist; though regretted not knowing his father better. He died in 1966.

A charming portrait with a captivating atmospheric feel, tinged perhaps, with a bit of melancholy.

The picture is undeniably decorative, largely left untouched, there is a puncture to the upper left section as photographed. There are flaked losses and he has not been recently cleaned. Please refer to the photographs for a full visual reference. It is pencil inscribed verso three times giving us the information of the sitter and painter.