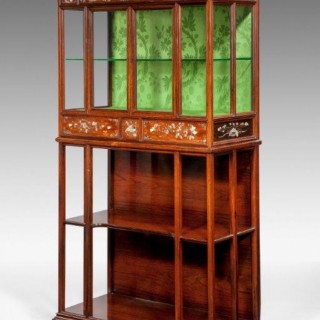 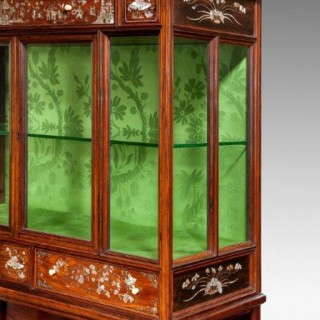 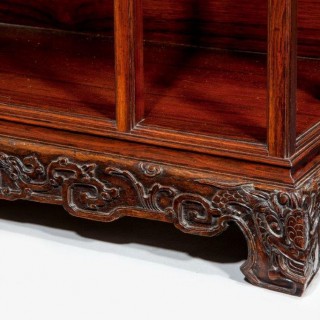 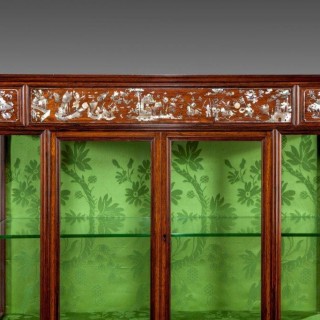 An English Victorian exhibition quality cabinet in the Orientalist Style

The company of Collinson & Lock was founded in the 1860s by F G Collinson and G J Lock. It achieved early success, employing some of the leading designers of the Aesthetic Art Movement. The firm continued to produce very high quality items of furniture and soon began to experiment with new materials and designs, becoming especially renowned for their distinctive combinations of rosewood and ivory and their intricate Italianate arabesques, whimsical figures and scrolling foliage. This form of decoration clearly points to the involvement of Stephen Webb, Collinson & Lock’s chief designer who was later appointed Professor of Sculpture at the Royal College of Art. They showed an ebonised antique cabinet at the London International Exhibition in 1871, which was immediately purchased for the V & A Museum, other versions being shown in Vienna and America and at the 1878 Paris Exposition, they exhibited a number of Anglo-Japanese pieces by E.W Godwin, their most important designer. The company was merged with Gillows in 1897.

An English Victorian exhibition quality cabinet in the Orientalist Style