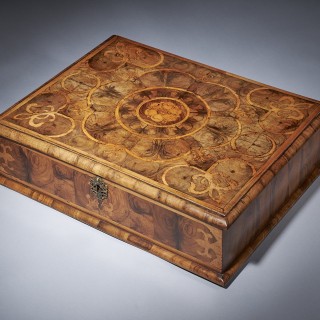 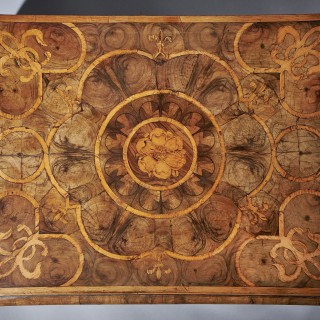 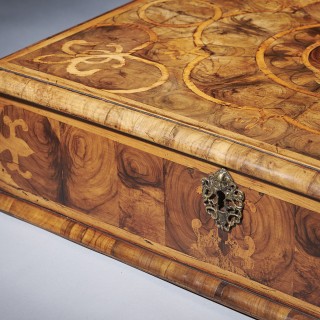 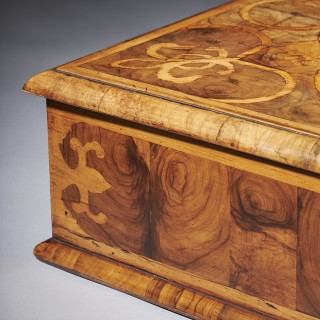 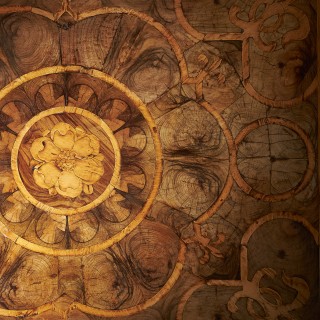 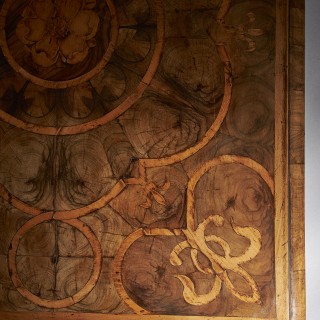 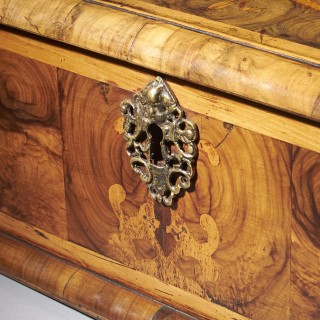 An exceptional blond olive oyster ‘lace-box’ of large scale from the reign of Charles II, circa 1675-1685.

This box is a showcase of the cabinetmaker’s skill, with well-chosen oysters of olive from different size branches cut horizontally and placed in a book-matched pattern to create wonderful geometric shapes centred by an inlaid Tudor rose, roundels and further decorated with fleur-de-lis to the four corners all in holly.

Similarly, the cross-grain moulded and holly banded frieze is decorated in oysters of olive and inlaid with opposing fleur-de-lis. To the centre of the freeze is the most wonderful pierced 17th century escutcheon with a putty mask.

The curiously named ‘lace box’ or ‘bible box’ veneered in oyster cut hardwoods such as olive and Kingwood were popular amongst the middle and higher classes of society from circa 1660-1700.