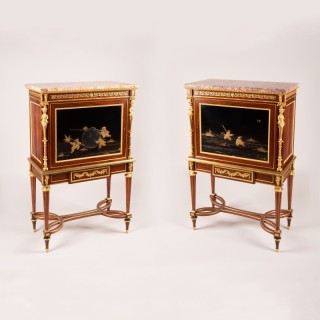 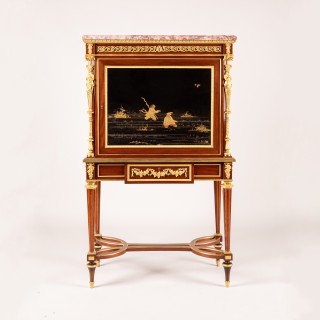 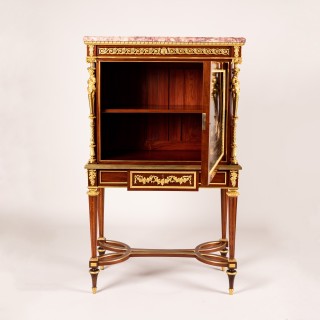 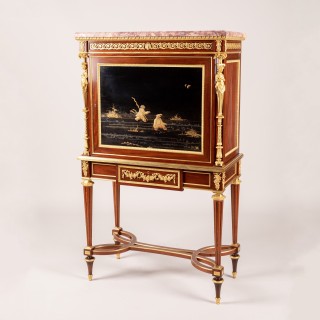 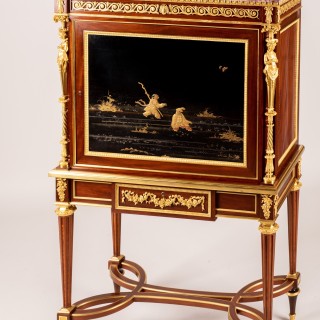 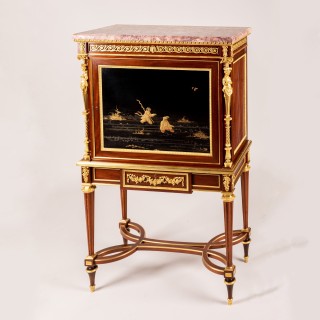 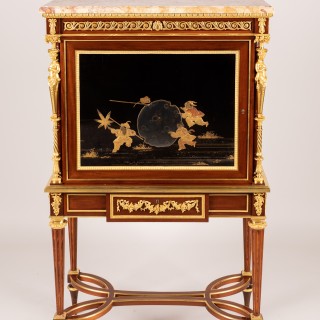 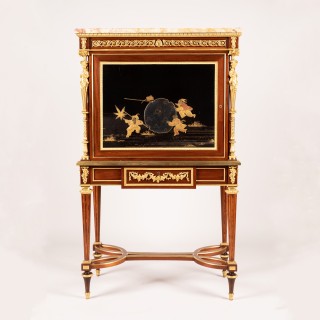 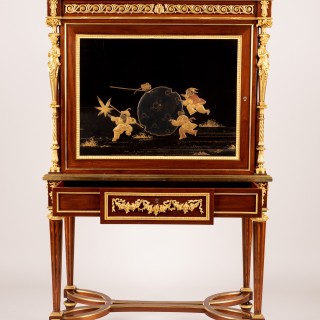 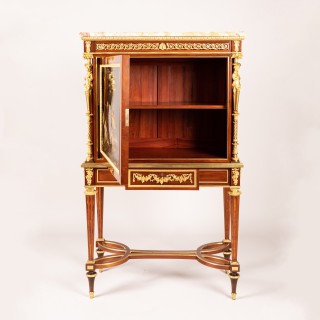 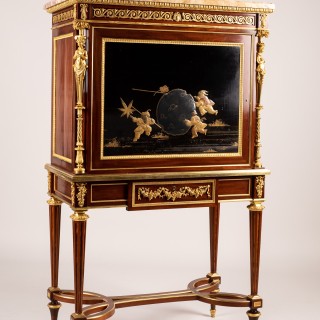 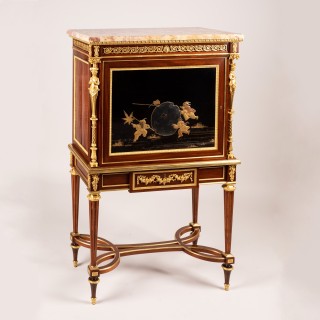 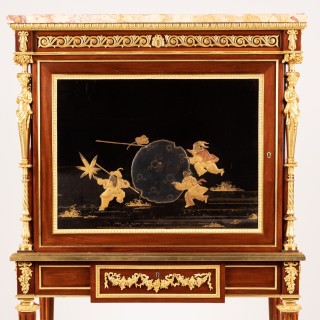 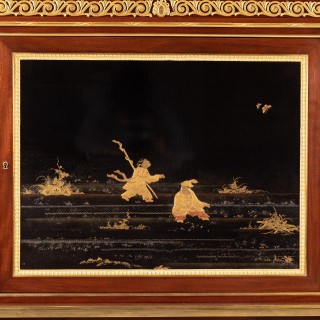 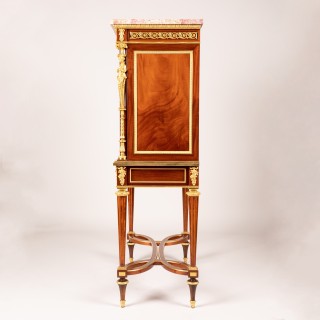 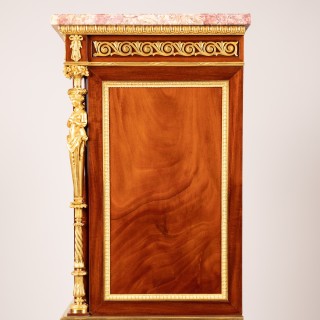 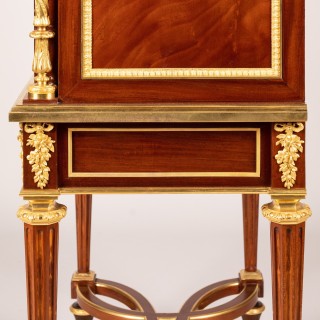 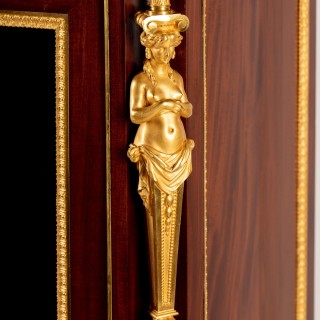 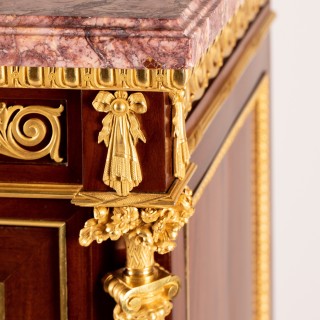 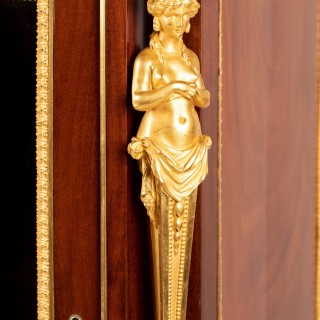 After the original pair by Adam Weisweiler (1744-1820)
Made for the King of Naples, acquired by the Metropolitan Museum

The construction and finish of exquisite and unparalleled quality, veneered in the finest mahogany, inset with lacquer panels and extensively ormolu-mounted; the cabinets rising from tapering toupie feet, the square tapering legs fluted and inlaid with concave filets, conjoined with an interlaced stretcher, the breakfront apron with gilt bronze floral ribbon tied swags and housing a single drawer; over, the cabinets with single hinged doors with large lacquer panels inset within stiff-leaf borders, revealing a fitted interior, gilt bronze caryatids, in the form of festooned Grecian maids bearing baskets of flowers, flank the central door, and the panelled sides are set with stiff leaf gilt bronze castings, with original thumbnail-moulded Brèche Violette marble tops. Stamped and dated by Charles-Guillaume Winckelsen, 1859.
French, circa 1860

A pair of cabinets of identical form by Winckelsen, although less ornate, is illustrated in Christopher Payne’s Paris Furniture, the author stressing “it is rare to find a pair of secrétaires by such an important maker.”(550)

The Metropolitan Museum of Art has in its collection a formally related pair of cabinets by Adam Weisweiler, finished with ebony veneers (1977.1.13 & 1971.1.14). The pieces were offered by the famous marchand-mercier Dominique Daguerre to the King, who had travelled to Naples for the coronation of his brother-in-law Leopold II as Holy Roman Emperor in 1790. The cabinets were later acquired by the Wrightsmans, who assembled one of the finest collections of French furniture ever.

Our cabinets are of similar form to the models in the Metropolitan Museum of Art, particularly with the loop form entretoise and gilt caryatids, along with the distinct decorative design of the central lacquer panels.

Born in Neuwied, and believed to have served his apprenticeship under the tutelage of one the greatest of all German cabinet makers, David Roentgen, from whom he incorporated the fashionable combination of brass and mahogany, each counterpointing the other.  He established himself at 67 Rue du Faubourg-Sainte-Antoine in the reign of Louis XVI, obtaining Royal Commissions from the Queen for the Chateau St. Cloud. Madame de Pompadour and her brother, the Marquis de Marigny, encouraged his adoption of the restrained gout anglais. Features that were repeated in his oeuvres were the loop form stretcher, and the cluster colonettes.

Weisweiler’s work is located at various international museums, such as the Metropolitan Museum of Art, Getty Museum, Victoria and Albert Museum, Royal Collection, The Wallace Collection, and the Louvre.

First came to prominence for the excellence of his work from his address at Rue Val-Sainte-Catherine, and he later worked from Rue de Turenne; specialising in fine furniture, lighting and decoration of the ancien regime; his clients including the Prince Radziwill and the Marquis de Lilliers. Ledoux-Lebard notes the small output of the company, since quality was his main aim; after his death, his stock and workmen were taken over by Henry Dasson (qv).