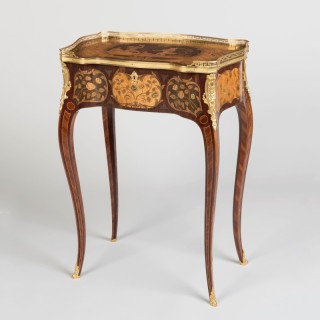 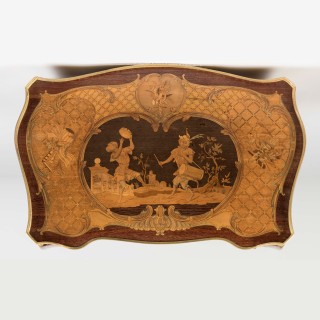 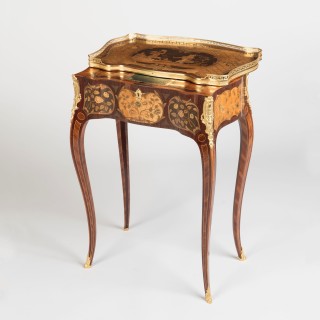 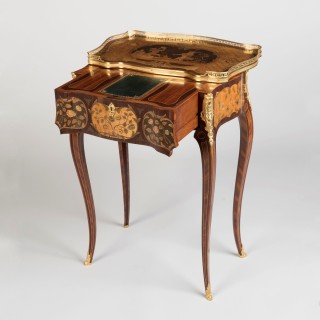 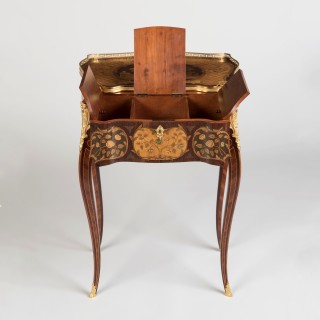 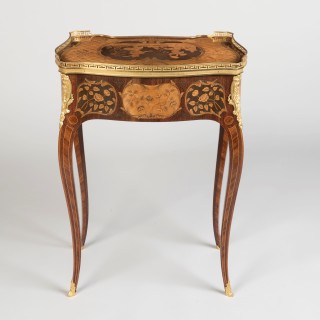 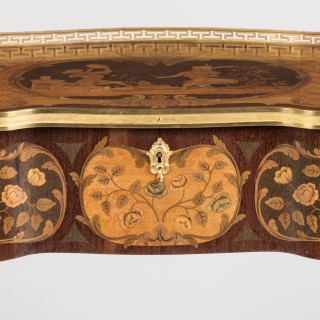 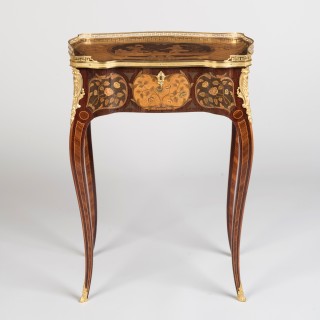 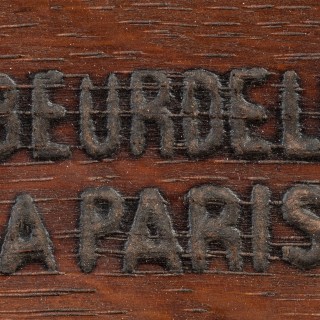 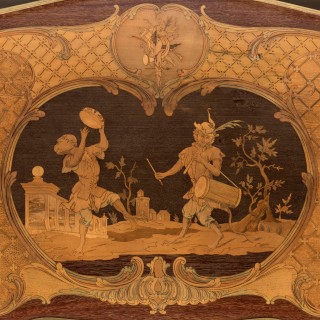 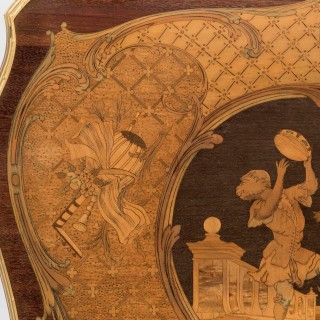 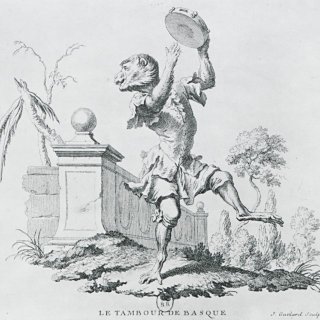 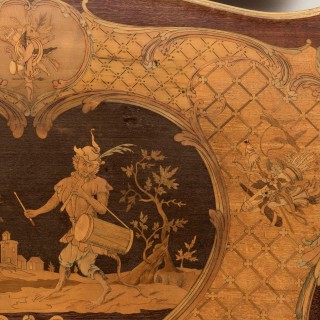 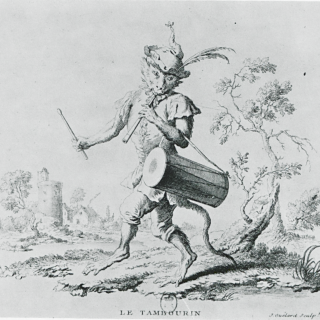 This exact table is illustrated in Denise Ledeoux-Lebard’s ‘Le mobilier francais du XIX siècle,” as well as appearing in Camille Mestdagh’s ‘L’ameublement d’art francais,’ and the model is discussed by Christopher Payne in his “Paris Furniture.”

The marquetry scene on the top of this writing table derives from engravings published in Paris in the mid-eighteenth century entitled Le Tambour de Basque and Le Tambourin by J. Guelard after designs by Christophe Huet (d.1759). the trophies come from a design by Gilles Demarteau l’aîné (1722-1776) and can be seen on several pieces of 18th century French fine furniture.

The original eighteenth-century table, known as the table “aux singes,” is at Waddesdon Manor having formerly been in the sale of the contents of San Donato in 1880, the Florentine residence of Count Demidov. According to Christopher Payne, this may have given the Parisian ébénistes and marqueteurs the opportunity to study the design and it is likely that this was when the Beurdeley example was made.