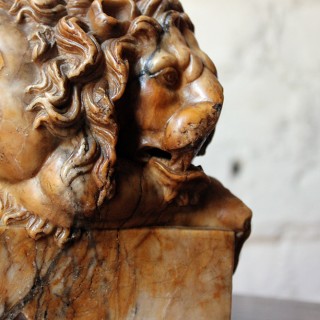 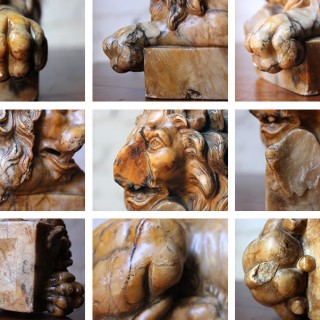 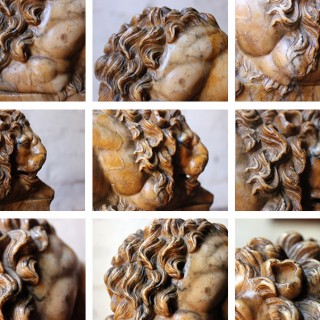 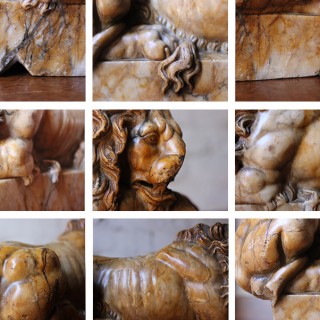 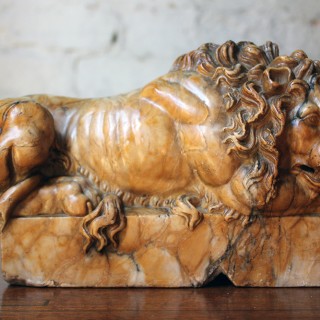 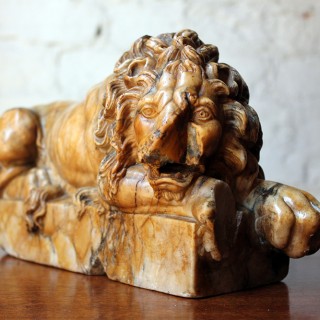 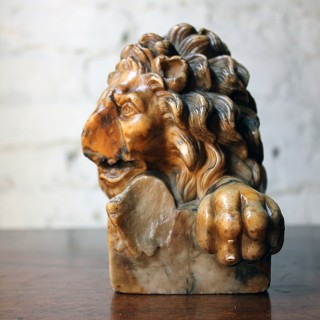 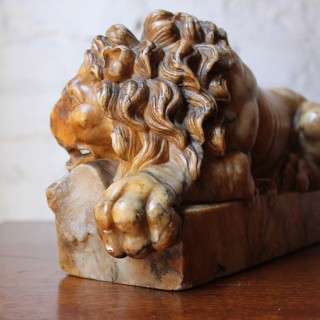 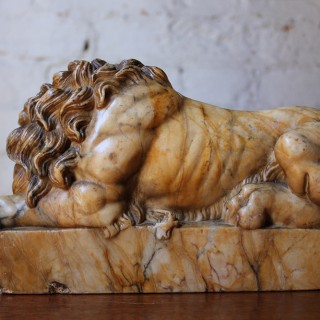 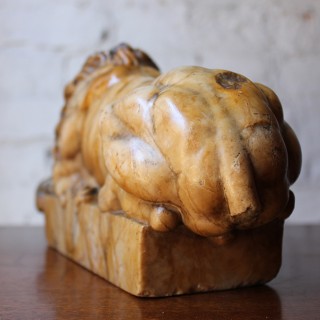 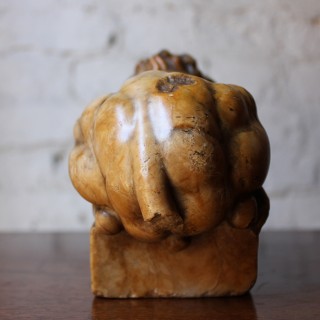 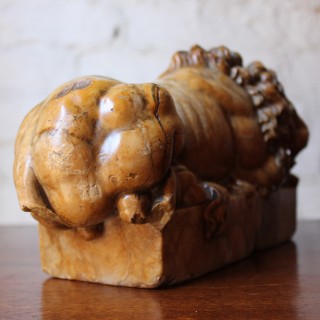 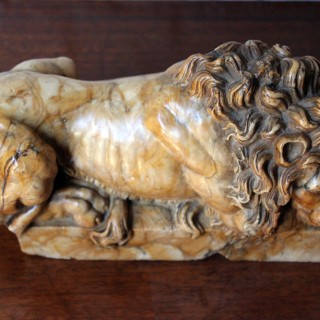 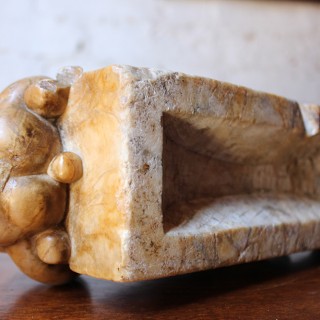 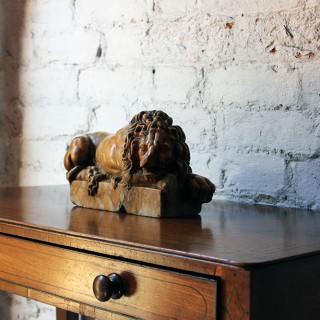 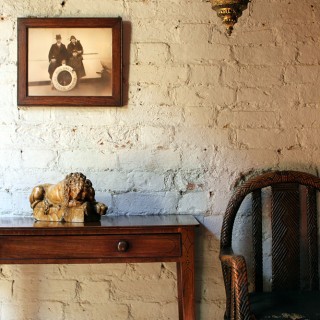 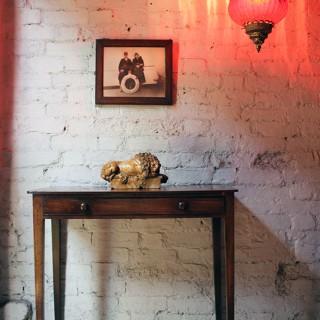 After Antonio Canova (1757 – 1822), the exceptionally well-proportioned and carved Giallo di Siena marble model of recumbent lion, on a plinth base, survives from the first quarter of nineteenth century Italy.

The quality of both the marble and the technical level of the carving, in one piece of stone, are both of a very high grade, the great attention to detail such as the rib cage, the muscles to the flesh and the movement in the mane are all exceptional. It has an outstanding patina and colour and is very much, the ‘real deal’ in terms of its execution, origin and date, being of the Grand Tour. There are many later copies of these lions and they are simply never this good.

These lions were originally sculpted by Antonio Canova (Italian, 1757-1822) as a pair in a larger scale for the tomb of Pope Clement XIII in St. Peter’s Basilica. This piece was almost certainly one of a pair on creation and as a pair the sleeping lion is symbolic of the Pope’s moderation; and the vigilant lion, which we see here, represents his energetic work.

With its beautiful refined veins, Giallo di Siena, or Siena yellow marble, hails from Siena, Italy and most probably from the quarries at Monte Arrenti near Sovicille. It is a very fine-grained calcite marble or heavily altered limestone tinted yellow by secondary iron minerals and is a variety of marble used by the Romans.

A very capable example indeed, though not one without flaws, its authenticity is appealing and his quality all too apparent; a wounded lion retaining a real roar.

The sculpture suffers from old losses, which are duly reflected in the asking price. The nose has a large section missing and also some other parts are missing elsewhere, in particular the front right paw and a section of the tail, with some slight losses elsewhere to the model. There are losses to the base in particular a v-shaped loss to front bottom edge. He still remains a very attractive piece in his entirety and the quality of his execution still shines through meaning he still proves hugely desirable.