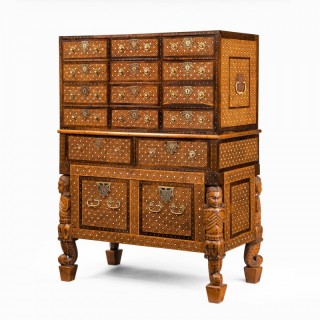 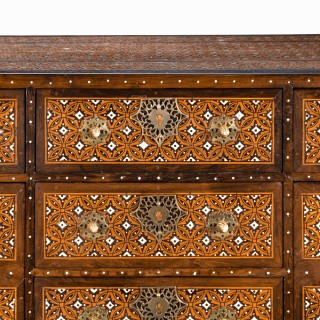 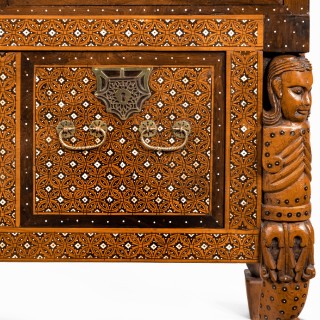 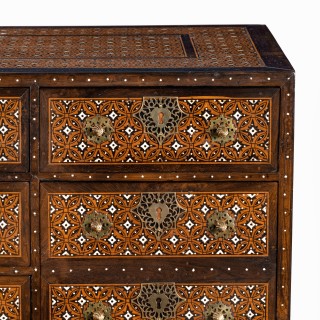 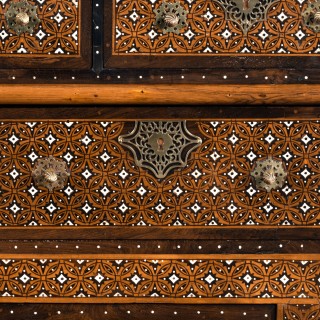 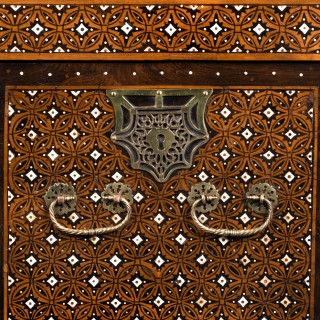 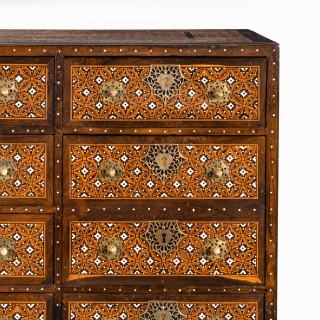 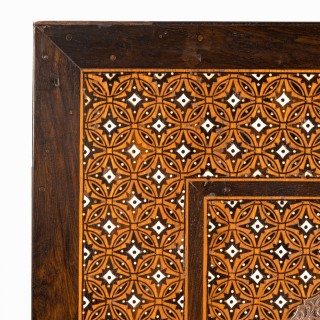 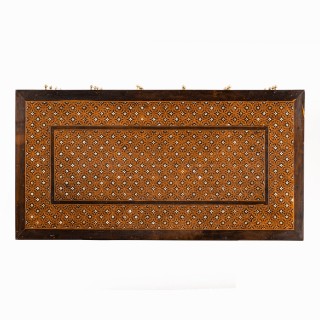 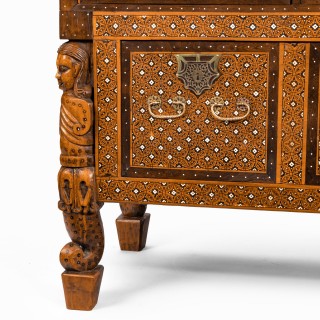 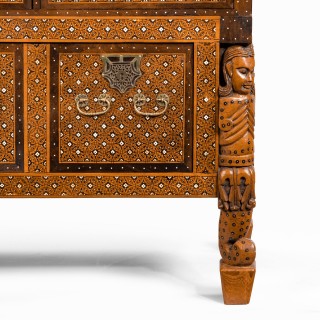 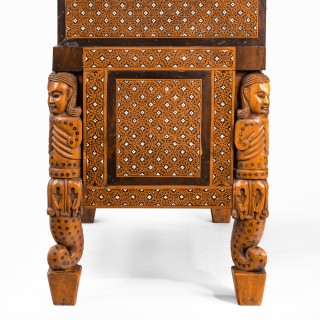 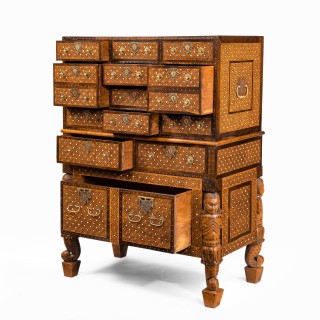 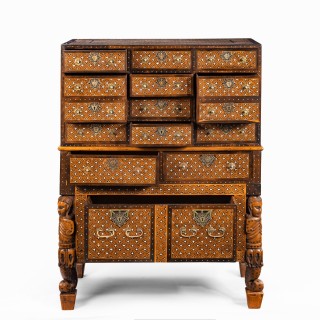 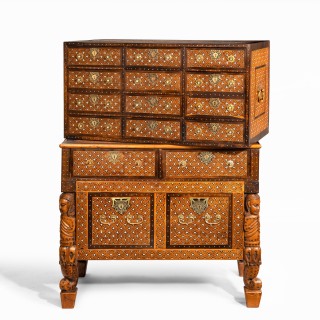 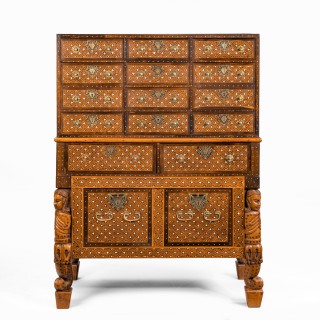 This chest on chest is of rectangular form in two sections. The upper section has twelve similar drawers in four registers and carrying handles on the sides. The base has a pair of frieze drawers above a single deep drawer, disguised as a pair, with four handles and flanked by carved Nagini whose monopodia scroll supports are raised on blocks to form the feet. The whole piece is decorated with an overall pattern of interlaced stars and circles embellished with ebony and ivory dots and is applied with brass handles and lock escutcheons. Goanese, circa 1800.

This contador blends the traditional form of Western cabinets on stands with the influence of the exotic East with abstract scrolling inlay and the distinctive carved supporting figures. Scholars have identified these caryatid supports with Nagas and Nagins which are Hindu snake divinities considered auspicious and are believed to provide protection, especially from snake bites. These exotic cabinets were produced for Portuguese merchants and traders at Indian and Goanese ports in the 17th century. Goa, the Indian state, was part of the Portuguese overseas empire from the 16th century until 1961. The attribution to Goa is based on closely related church furniture which exists in the sacristy of the Basilica of Bom Jesus in Old Goa.