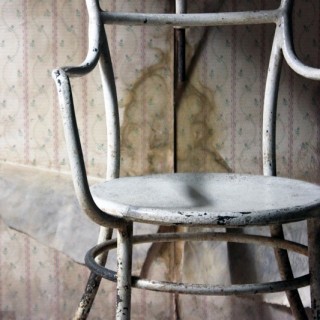 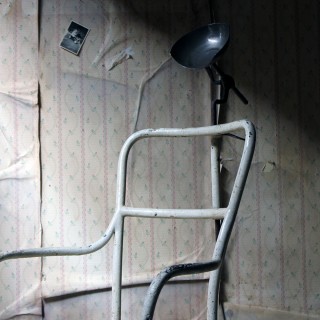 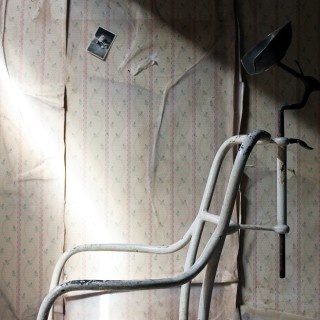 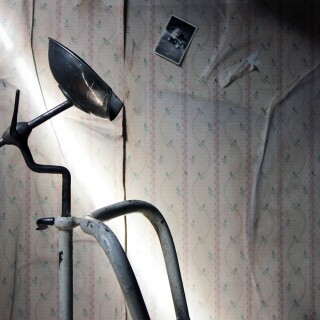 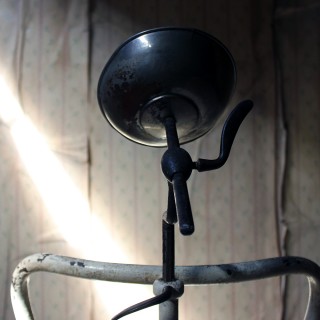 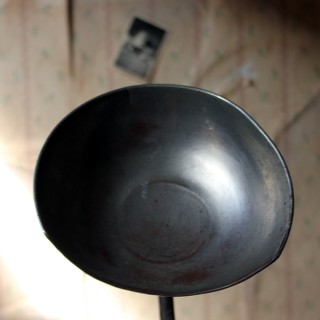 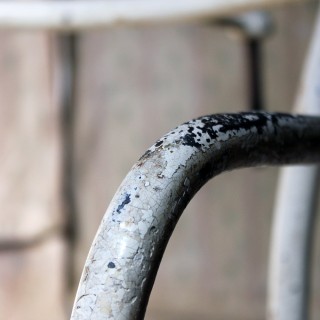 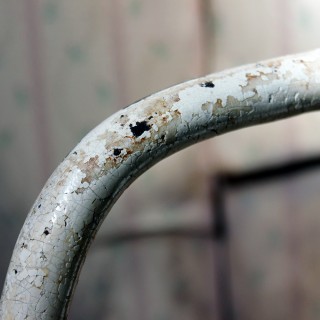 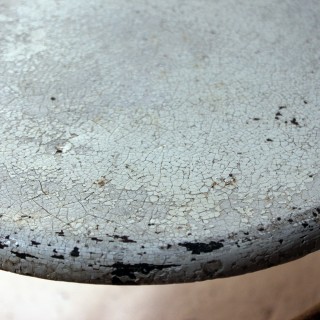 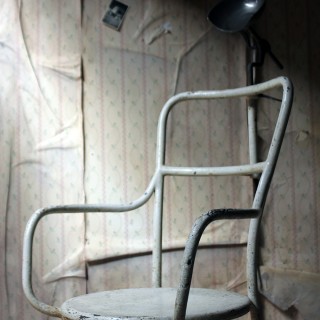 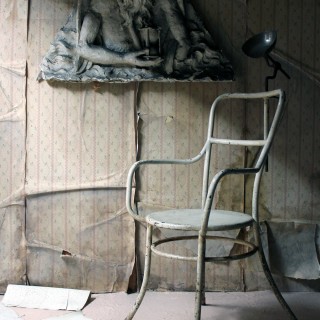 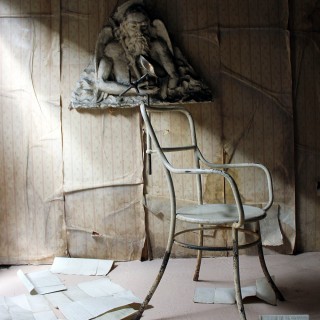 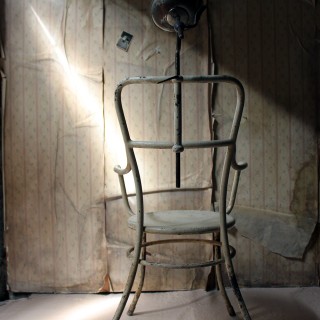 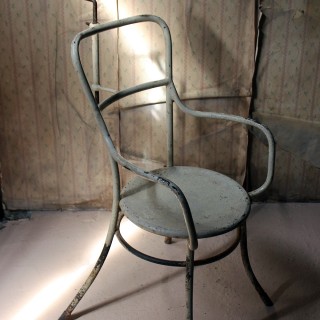 The evocative white painted tubular metal French made armchair, utilised by a medical professional as a photography chair, having particularly splayed legs for stability, and an adjustable shaped metal head rest to keep the patient in a fixed position, the whole surviving from a medical institute or hospital from mid-century France.

Although not necessarily to shoot deceased people, this type of chair was also used for anthropometric photography and studies, usually in hospitals or forensic science institutes. This particular example is likely to be from a hospital as it is fashioned in metal rather than wood.

The chairs adapted to shoot deceased people by enlarge were all custom made by the photographers’ studios. In hospitals, mortuaries or forensic science institute’s whenever they photographed people it was usually on tables or standing up in that they would usually pin them to tables and turn them upright. There is also a possibility that this chair could have been used for medical treatments because of the arm rests, as anthropometric chairs more often than not don’t have arm rests.

However one surmises this chair was used from the above, it proves wonderfully interesting.

With thanks to Edgar Martins

The condition is very good overall for its age with a pleasing colour and superb crusty patination to the paintwork, from years of use. It is stable and without repair.