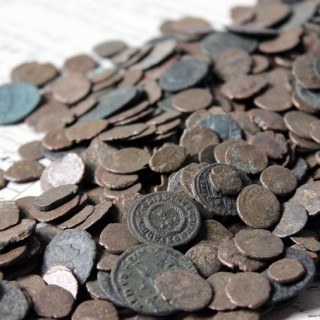 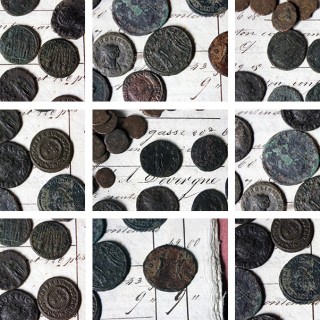 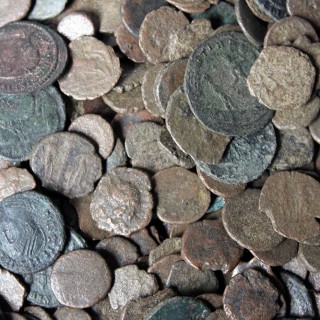 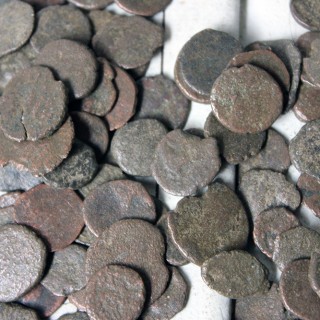 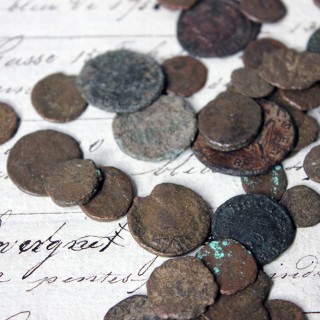 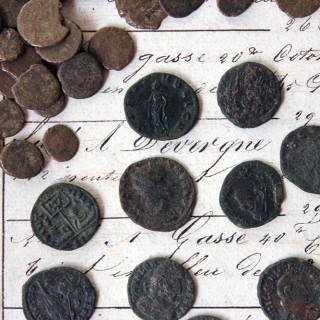 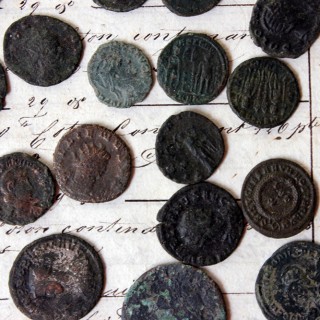 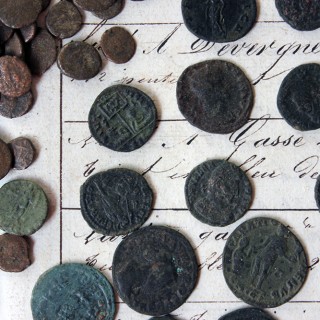 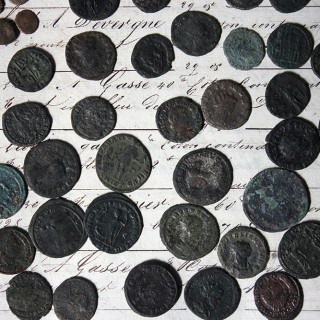 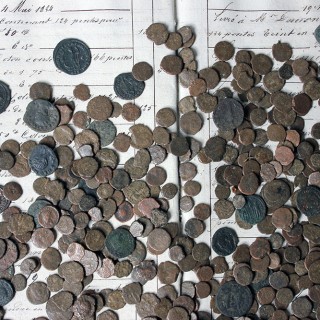 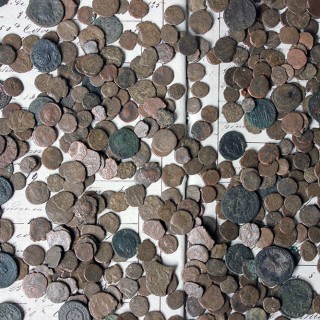 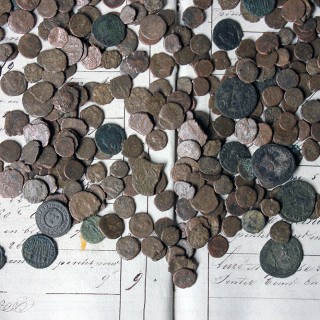 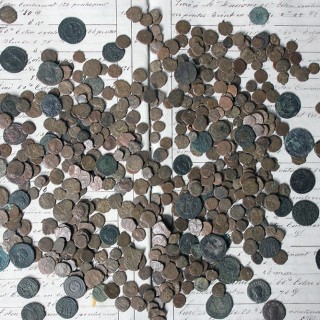 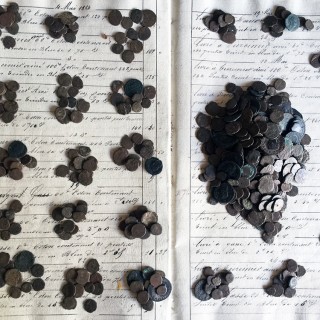 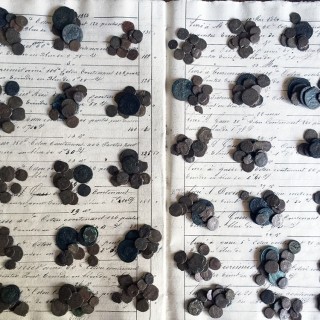 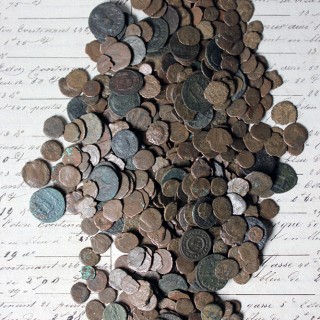 The fascinating mixed hoarde of 543, unsorted, un-cleaned and unattributed Roman bronze and copper coins of various sizes, hailing from Jerusalem and surviving from the period of 300-450 AD.

The manufacture of coins in the Roman culture, dating from about the 4th century BC, significantly influenced later development of coin minting in Europe. The origin of the word “mint” is ascribed to the manufacture of silver coin at Rome in 269 BC at the temple of Juno Moneta. This goddess became the personification of money, and her name was applied both to money and to its place of manufacture.

Roman mints were spread widely across the Empire, and were sometimes used for propaganda purposes. The populace often learned of a new Roman Emperor when coins appeared with the new Emperor’s portrait. Unlike most modern coins, Roman coins had (at least in the early centuries) significant intrinsic value.

An intriguing hoarde which can be used imaginatively in any number of ways to enhance the home.

The condition of the coinage is mixed with most remaining intact with the quality varying to each coin as is to be expected with un-cleaned hoard coins.