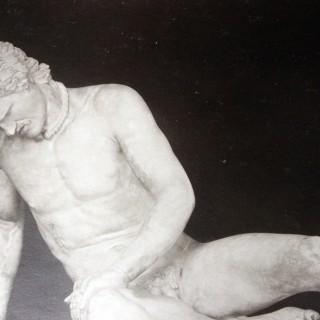 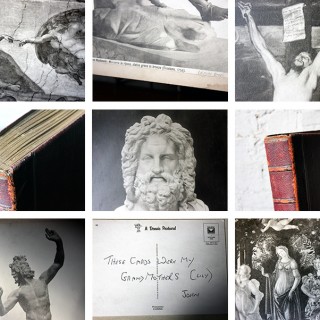 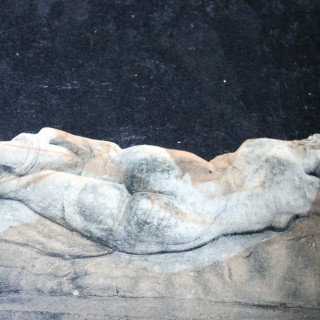 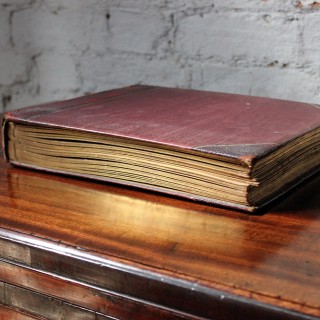 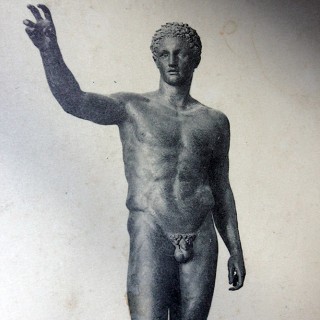 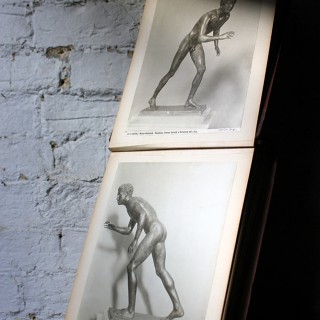 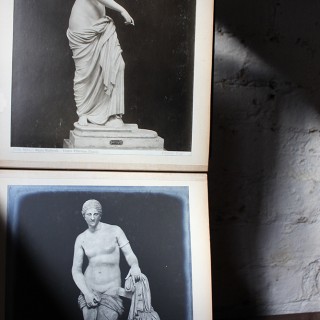 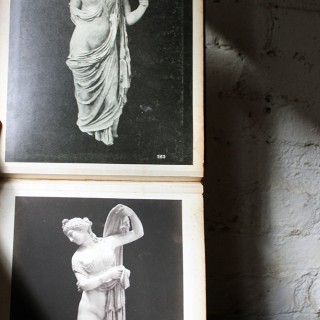 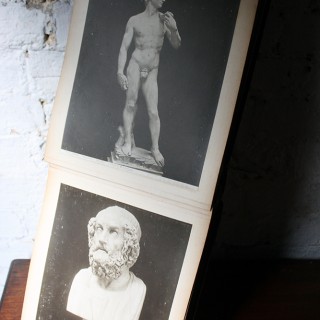 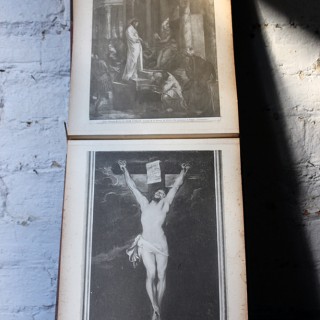 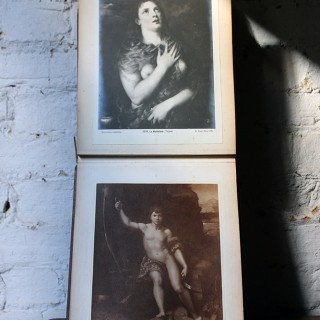 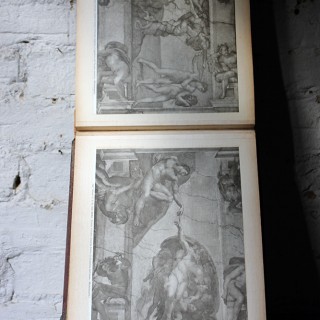 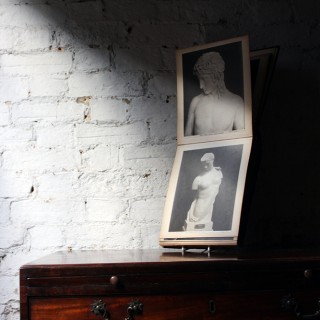 The tooled and gilt morocco leather oblong album containing 73 pasted pictures swerving from subjects of ancient and Renaissance sculpture to paintings and views of architectural treasures and religious depictions, including Discobolo, Napoli Museo Nationale, Venere de’ Medici, Galleria Uffizi, Firenze and the Temple of Hephaestus amongst others, the whole surviving from the last quarter of the nineteenth century.

The theme of the album starts with beautiful sculpture and statuary verves towards religious subjects and then on to architecture. Edizioni Brogi the Italian was active between the 1860s and 1920s and specialized in photographs of the architecture and landscapes of Naples and nearby towns and islands, which were produced by Edizioni Brogi, the photography studio directed by Carlo Brogi and his uncle, Alfredo Brogi.

Throughout the early period of the nineteenth century the ‘Grand Tour’ was becoming popular among young nobles. Many young men (and later, young women) were travelling to Italy and Greece seeing the marvels of classical design for themselves, and becoming inspired to bring that same sense of classical style and proportion back to Britain.

Visit Europe today and you are likely to come home with tasteless souvenirs whereas in the 18th century, the great age of the large and imposing country house, young men returned and transformed the decor and furnishings of their families’ country seats with their acquisitions with many became insatiable collectors. This album would have provided inspiration and a lasting memento of such a visit or perhaps a home made attempt at such an album.

Either way this is a very interesting and absorbing visual treat that would make a lovely gift.

The pictures are in generally good overall order. There is water damage and some light discoloration to some of the pictures and foxing to the pages and a few small tears here and there to the edges in places but overall the condition is as would be expected and each picture is still in situe. Please see the extensive photographs for visual reference. The album could possibly be split and made into framed pictures but because the pages are double sided this would prove a little challenging. There is a loose postcard included in the album that reads to the reverse ‘These cards were my grandmothers (Lily)… John” though it is not dated but is probably mid-20thC.