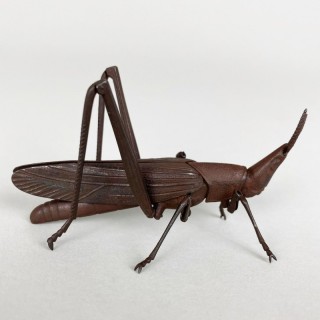 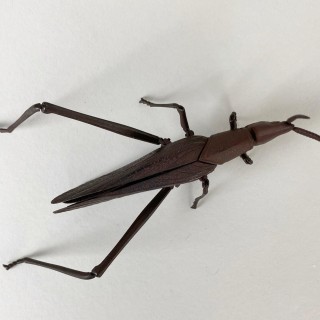 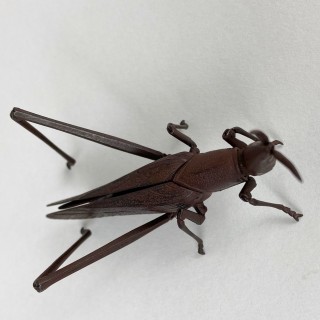 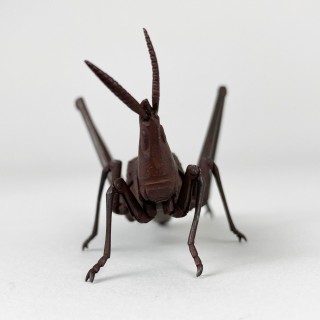 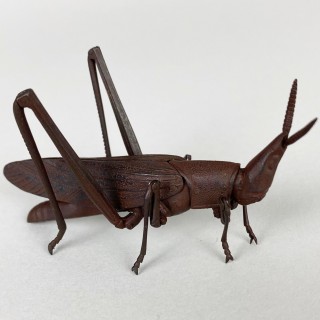 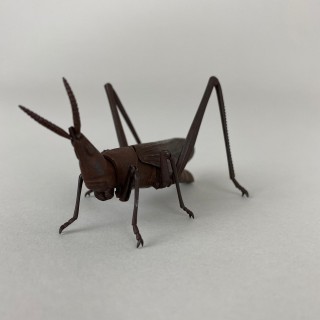 This articulated Grasshopper is made from Iron and dates from the reign of Emperor Meiji, 1868-1912. It is in excellent condition and forms part of our collection of articulated metalwork creatures on display at our Islington Galleries in North London.

Please don’t hesitate to contact us for more information, photographs or to arrange an appointment.

The grasshopper or cricket is a symbol of good luck in Japan. Chinese noblemen introduced the practice of keeping a cricket or grasshopper in a cage to enjoy it’s signing to Japan. They are still kept as pets today and good luck symbols in the shape of a cricket are popular gifts. Grasshoppers and crickets are also a source of food in Japan you can find them at street food stalls and in restaurants.

Jizai (meaning ‘at will’) Okimono (meaning ‘decorative object’) are realistic articulated figures of insects, birds, reptile, fish and mythical beasts. Most early examples are made of iron, but copper, bronze and silver became popular in later designs.

It is not clear for what purpose Jizai Okimono were originally made, but the general consensus is that as Japan became unified and more peaceful, the demand for armor and weaponry greatly diminished, and eventually the wearing of swords was banned entirely. So the armor makers turned their skills to making other items such as Jizai okimono.