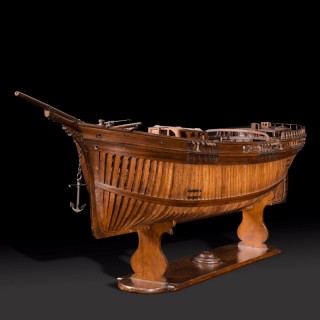 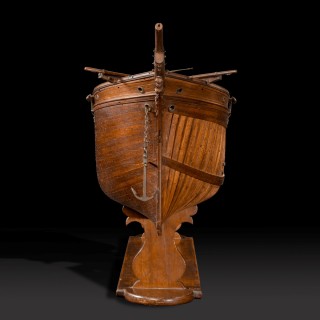 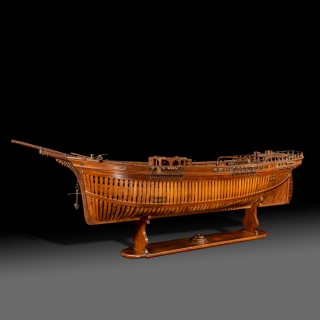 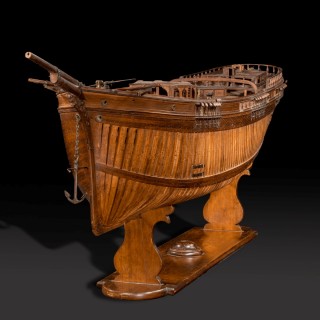 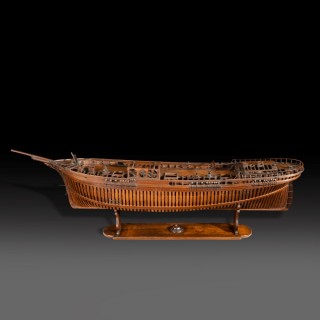 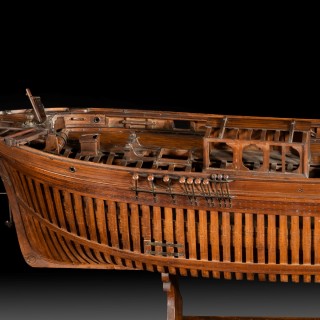 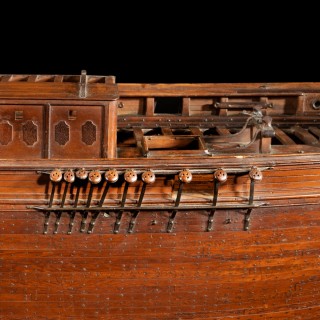 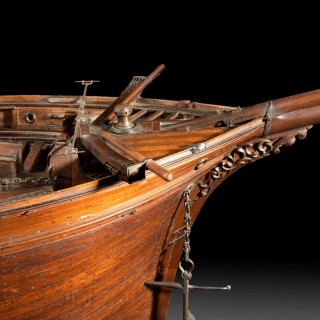 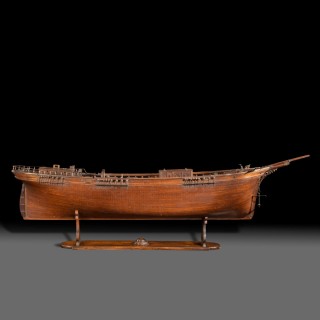 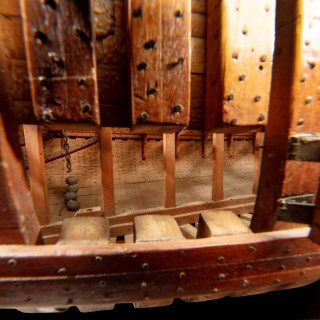 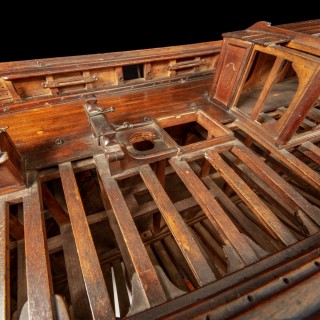 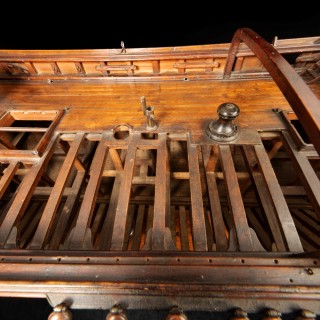 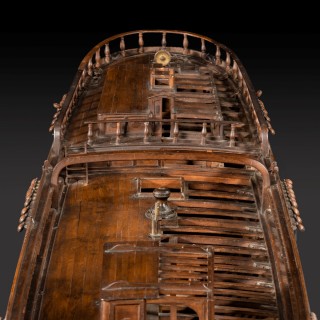 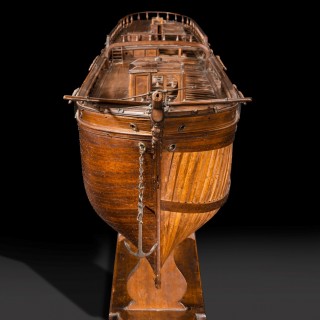 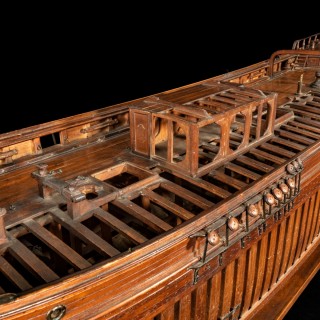 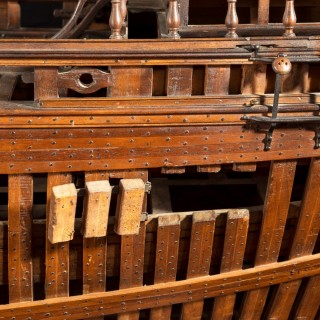 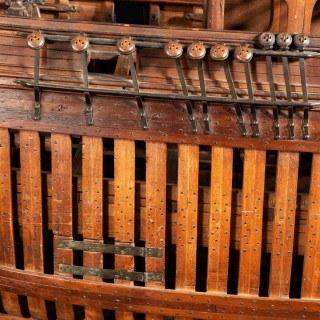 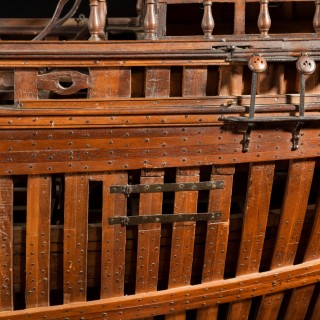 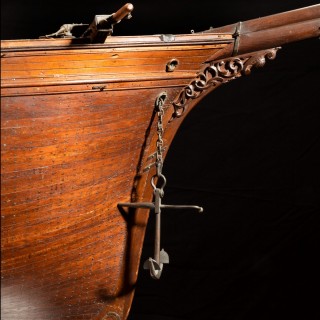 An Italian walnut scale model of a clipper

This highly detailed and unusual scale model is partially
planked on one side to reveal the interior structure.
There are hinged panels in the sides which open to afford
a glimpse of the interior. The whole is raised on two
supports upon a shaped plinth base.
Italian, c 1880.
Exhibited: Rassegna Antiquaria, Sacro Convento di S.
Francesco, Assisi, Italy, 1975.
Provenance: By repute King Victor Emmanuel III of
Italy and gifted to Duke of the Abruzzi thence by descent
until sold in 1973 to Arnaldo Ruschioni.

The present model represents a clipper, or fast sailing
vessel, first introduced in the early 19th century. The
clipper was outfitted with three high masts and a large
number of sails, designed to carry small loads of profitable
cargo quickly over long distances. The present clipper
model was constructed in the third quarter of the 19th
century and was formerly owned by collector and naval
model-maker Arnaldo Ruschioni. It is reputed to
have been in the collection of King Victor Emmanuel
III of Italy before being presented as a gift to his
cousin Amedeo di Savoia-Aosta, Duke of the Abruzzi,
Commander-in-Chief of the Italian navy.

An Italian walnut scale model of a clipper