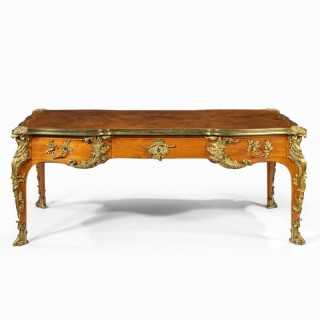 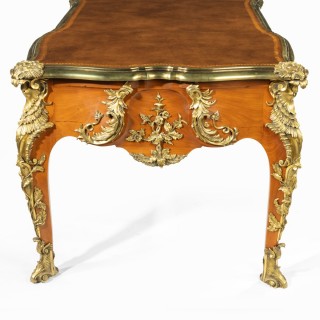 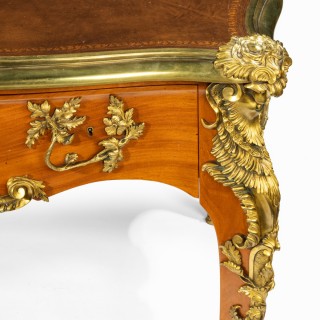 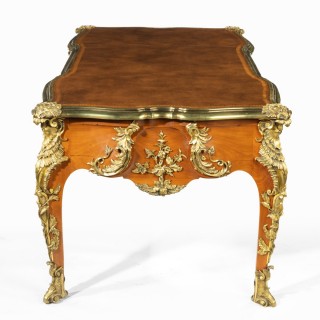 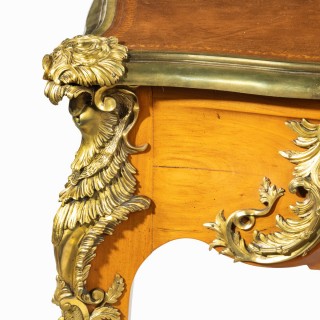 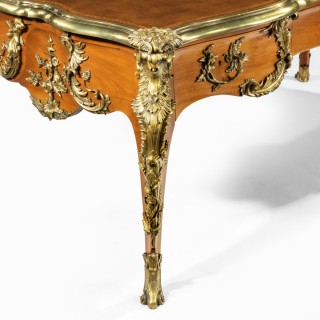 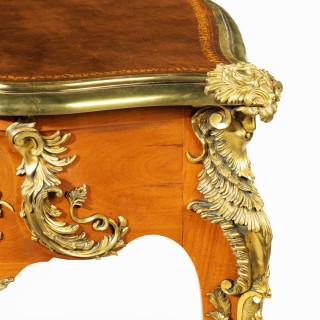 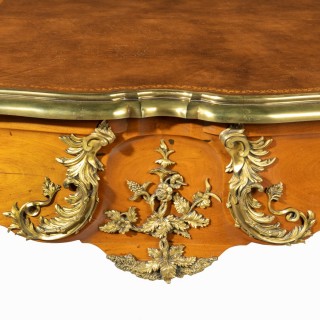 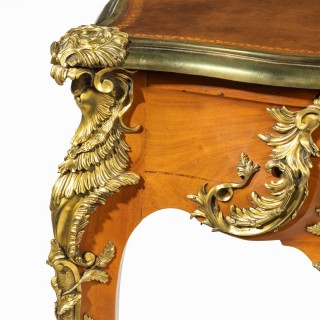 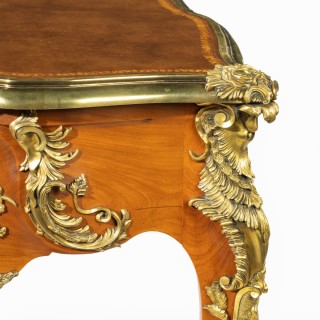 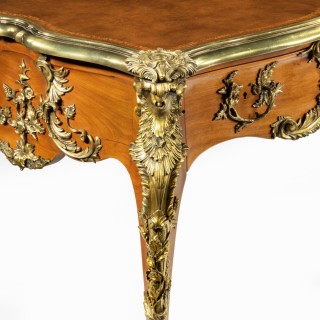 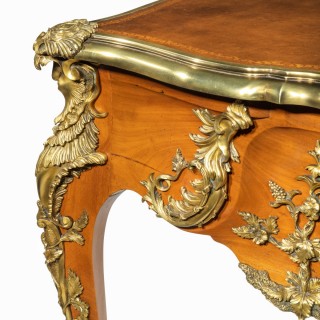 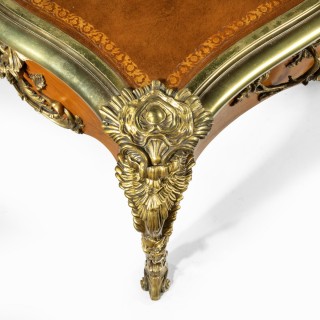 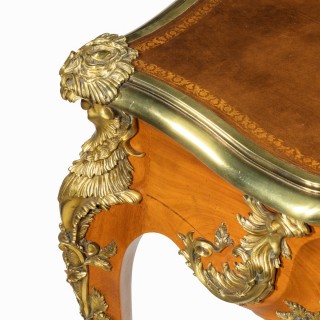 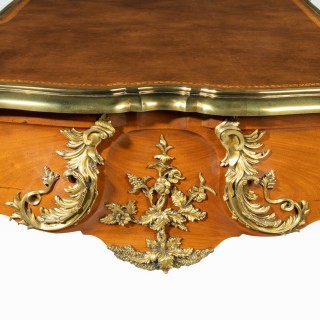 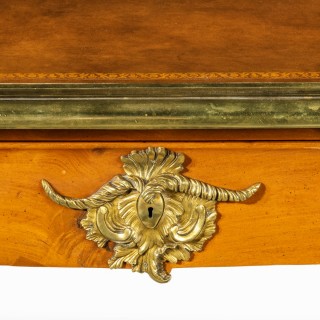 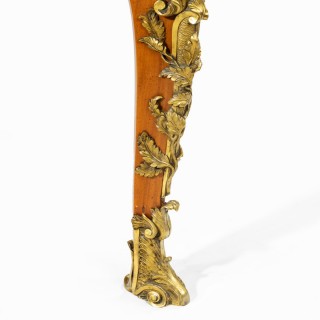 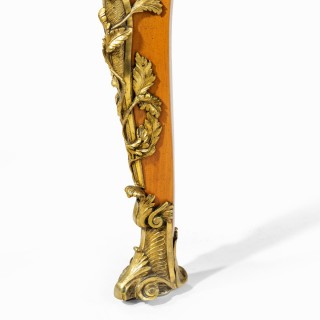 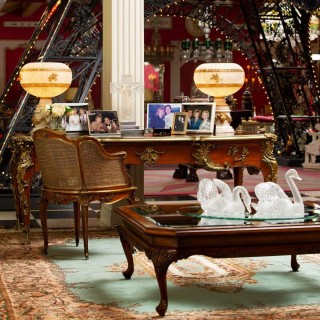 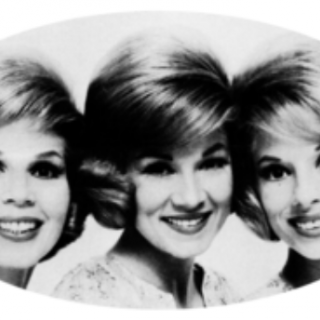 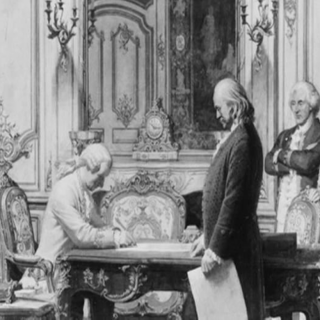 An outstanding Louis XV-style mahogany bureau plat after a model by Jacques B. Dubois, from the estate of Phyllis McGuire

Provenance: from the Estate of Phyllis McGuire

This bureau plat is an almost exact copy of the desk made by Jacques Dubois, on which Benjamin Franklinsigned the Treaty of Alliance with France at the Hotel de Crillon in Paris 1778. This was one of the first historic treaties between nations with the newly formed United States. However, the original bureau plat, in the Louvre, appears to be veneered in kingwood or mahogany and this example is solid mahogany. The front centre drawer retains a bronze plaque inscribed Table de l’Independence des États-Unis d’Amérique dite Table Vergennes. Charles Gravier, Count of Vergennes (1719 – 1787) was a French statesman and diplomat. He served as Foreign Minister from 1774 during the reign of Louis XVI, notably during the American War of Independence, and had a pivotal role in crafting the Alliance.

Founded in 1864 in Troyes as Bresson-Vachette, named after its founders, the company became Vachette Frères in 1865 and rapidly became one of the leading French locksmiths of the second half of the 19th century. Their famous stamp of ‘V.F Paris’ above crossed keys can be found on pieces from the most important Parisian ébénistes of the period.

Phyllis McGuire and the Rat Pack. The table was owned by Phyllis McGuire (1931-2020), the lead singer in the vocal group The McGuire Sisters who enjoyed huge popularity around the world in the 1950s and 60s. Mrs McGuire formed an interesting collection of furniture and works of art in her home in Las Vegas. As a friend of the Rat Pack- including Frank Sinatra, Dean Martin and Sammy Davis Jr, it is perhaps not surprising that a scoring pad from the Sammy Davis Jr Whist Tournament was found inside the central drawer. Mrs McGuire was infamously the girlfriend of mobster Sam Giancana who ran the “Chicago Outfit” from 1957-1966 and this relationship is rumoured to have led to the McGuire Sisters being blacklisted by certain radio stations at the height of their success.

An outstanding Louis XV-style mahogany bureau plat after a model by Jacques B. Dubois, from the estate of Phyllis McGuire