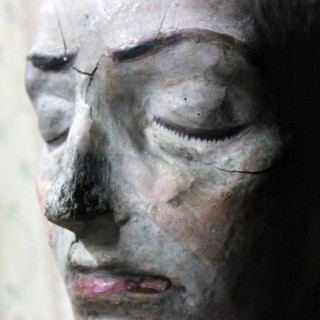 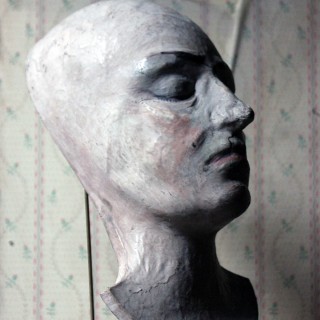 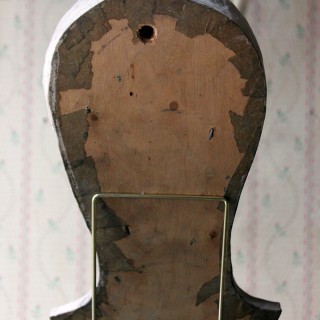 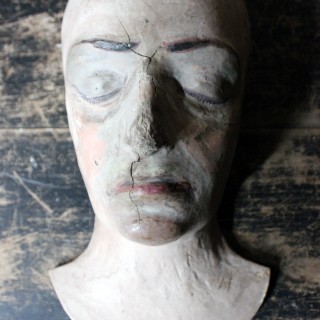 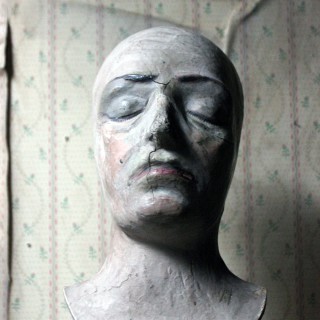 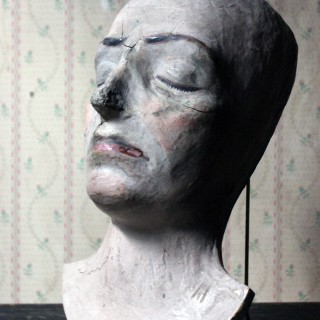 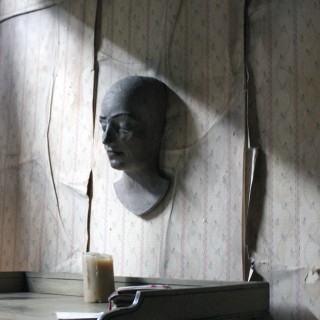 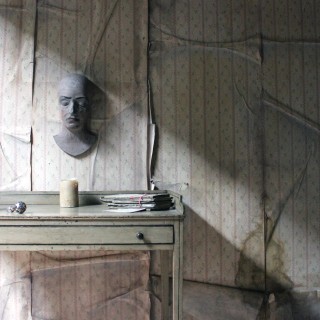 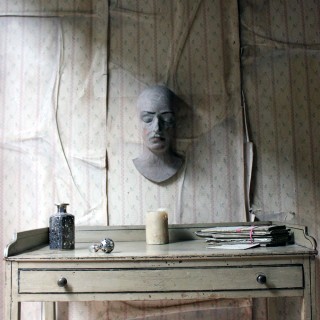 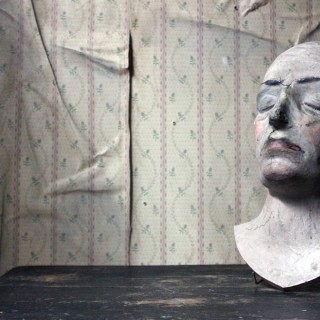 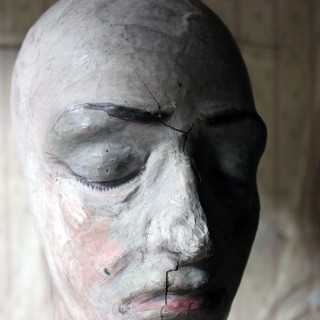 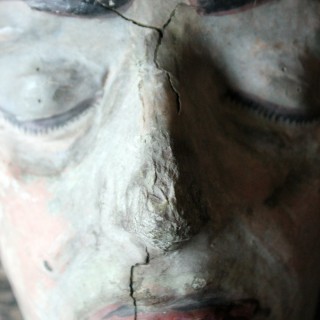 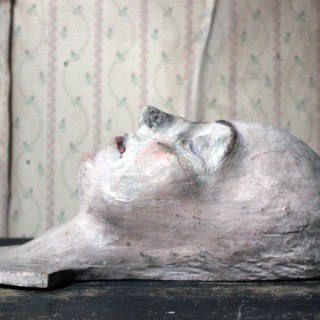 An Unusual 19thC European Painted Mask of a Lady

The unusual and unique life sized mask, being later adapted to a wooden backing for wall mounting, the mask in plaster and card, the whole being hand-painted in a flesh coloured ground with reddened cheeks, showing an unknown lady, possibly deceased, the eyes closed, the lashes accentuated, to a pronounced shield shaped nape, the whole in untouched condition, and surviving from nineteenth century Europe.

At first glance one assumes this may well be a death mask, but they are rarely painted, and usually in much heavier plaster so as to cast to the features more readily, though it cannot be ruled out. Other than it being a life mask, the other possibility is that is an oddfellows initiation ceremony mask, (masks used in early Oddfellows ceremonies were described as “grotesques” and were intended to hide the identity of the wearer whilst allowing him to see the candidate for initiation); or as a third alternative is it a theatrical mask. We acquired the mask in Germany and we cannot find another like it having been sold.

Throughout the world masks are used for their expressive power as a feature of masked performance – both ritually and in various theatre traditions. A familiar and vivid element in many folk and traditional pageants, ceremonies, rituals and festivals, masks are often of an ancient origin. Masks are used almost universally and maintain their power and mystery both for their wearers and their audience.

Part of this masks serene charm is that there are questions left unanswered; and sometimes that makes something all the more fascinating.

In original condition the mask remains in one piece, with some small damages and surface fissures to the extremities such as the nose; please refer to the photographs for a full visual reference. It has not been restored or over painted. The wooden backing would have been added later to allow it to be hung and admired as an artwork.

An Unusual 19thC European Painted Mask of a Lady