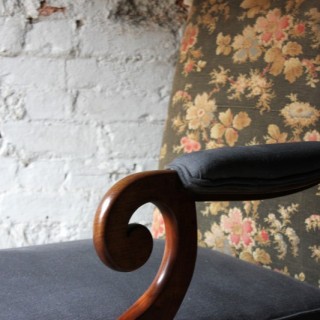 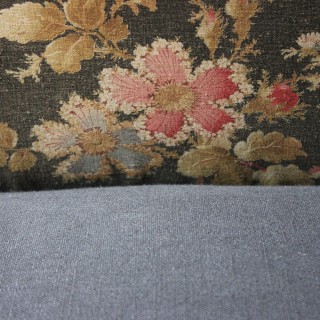 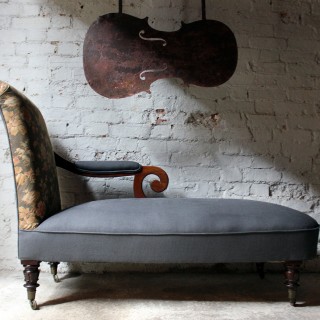 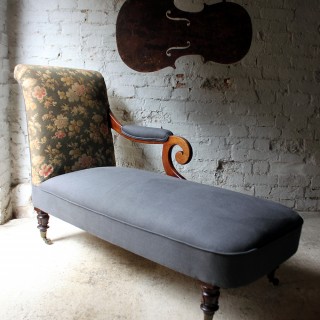 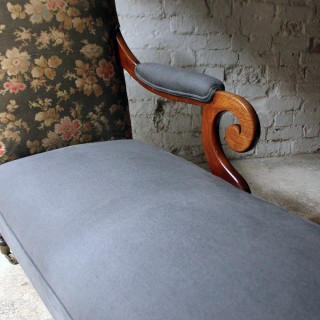 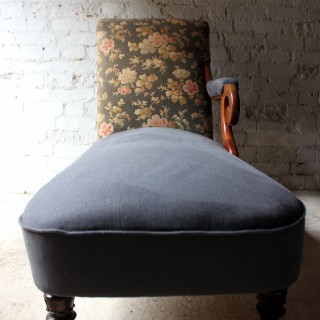 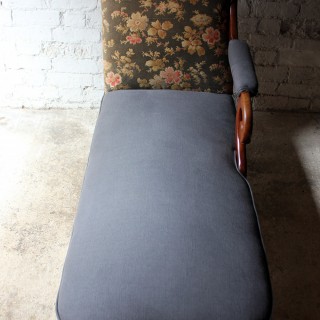 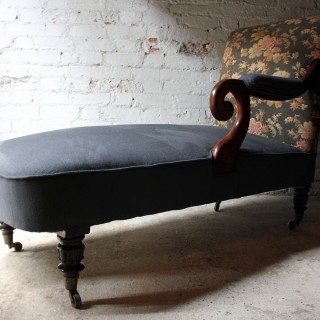 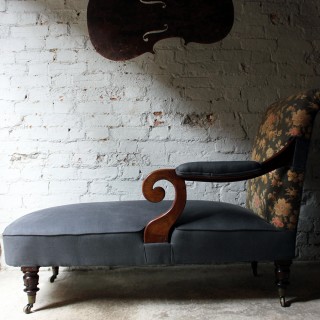 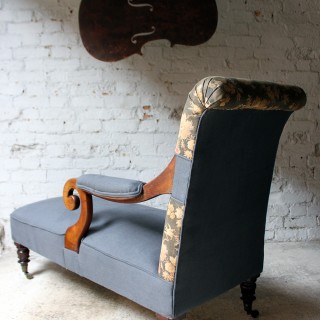 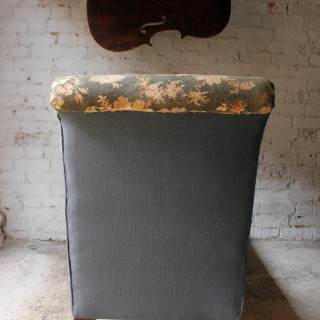 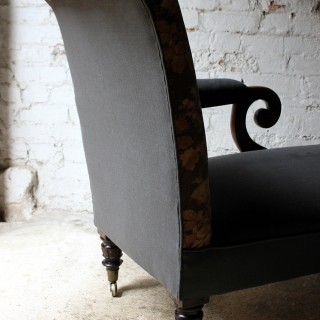 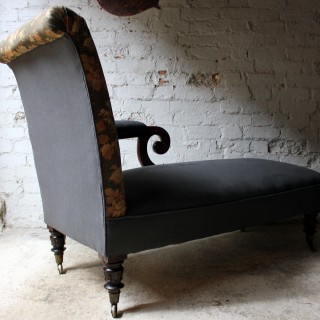 The William IV period chaise longue, of unusual form and proportions, having a high back to a show-wood mahogany scroll arm, retaining the very pretty original floral upholstery to the back now beautifully faded with age, the seat recovered in Linwood’s Dusk Tuscan linen with piping throughout, the whole on a beech frame to well turned mahogany William IV legs to original castors survives from the second quarter of nineteenth century England.

This example is unusual in that it almost represents an extended carver chair, the back is unusually high and the show-wood arm is also unusual. It’s proportions are pleasing and to retain some of the original fabric is charming and rare.

A particularly attractive example of the much-loved chaise with a quirky configuration and pleasing originality.

In very good overall condition, the piece has been given some restoration so as the joints are tight and all as they should be, with the seat having fresh upholstery and webbing. The original floral upholstery to the back has been salvaged, though with one repair to the top section. The legs and castors are all original and the chaise proves stable, comfortable and clean.