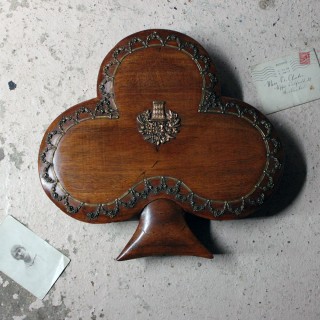 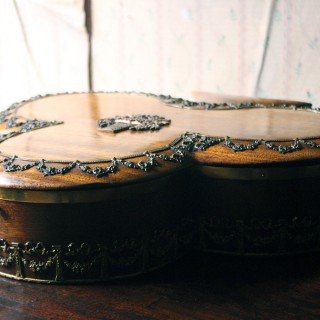 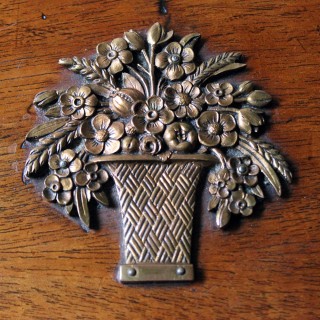 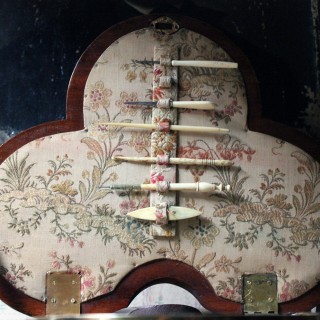 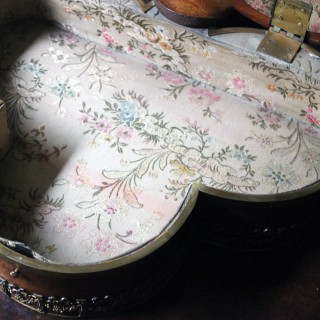 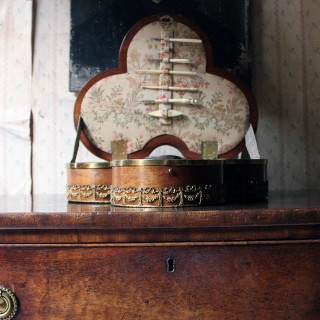 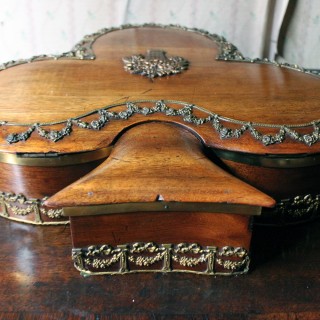 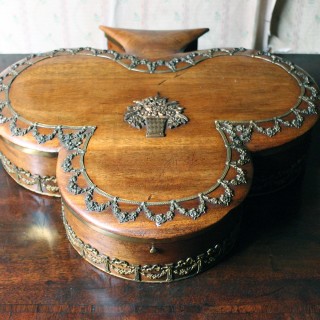 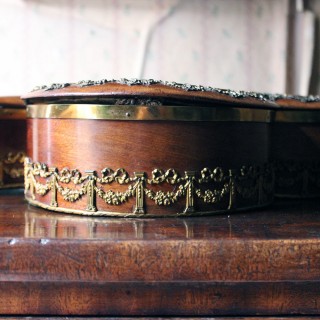 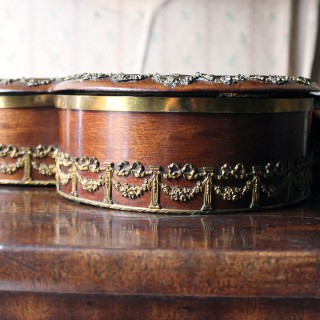 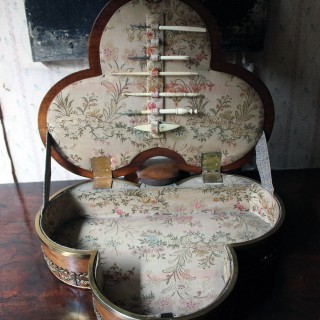 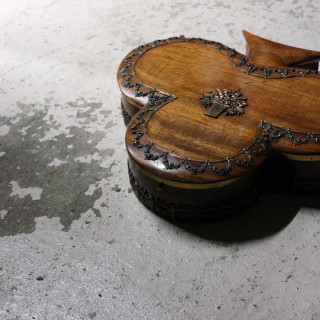 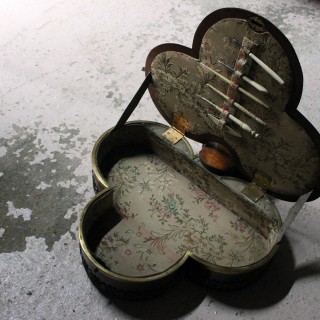 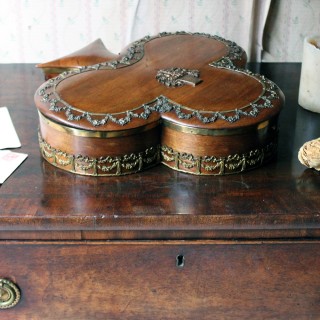 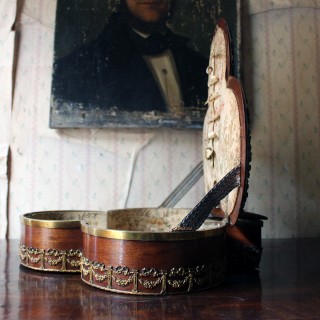 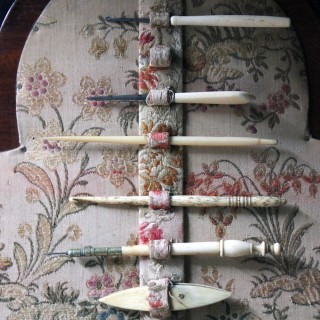 The unusual and probably unique golden mahogany sewing box of good size and quality, modelled in the shape of a shamrock or three leaf clover, the carcass having brass applied decoration in the form of floral garlands and banding to the top and ribbon swags to the lower section, the top with a central basket of flowers, opening to reveal the original crewelwork type fabric lined interior with hand-crafted bone sewing implements and surviving from the second quarter of nineteenth century Ireland.

The shamrock is associated with Ireland because Saint Patrick, Ireland’s patron saint, is said to have used the plant as a metaphor for the Holy Trinity of the father, the son and the holy spirit.

Boxes of this period can be found with a clover as a motif but we cannot find a comparable example like this formed fully as a clover, having been sold. It would have been owned by a very wealthy Christian family.

Probably a unique box and one that has been exquisitely made which could now be put to use as a jewelry box with ample space for gems if you are not a sewing bee.

The box is in good overall condition with no major losses. One of the bone instruments is lacking. The brass decoration is largely in-tact and the patina to the wood is pleasing. There is some lifting and bowing to the lid as photographed.