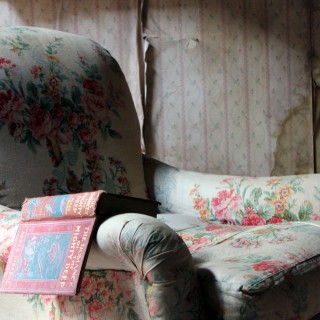 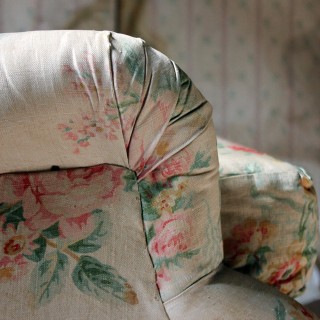 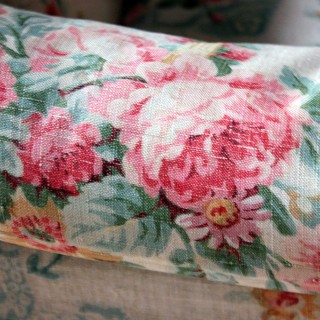 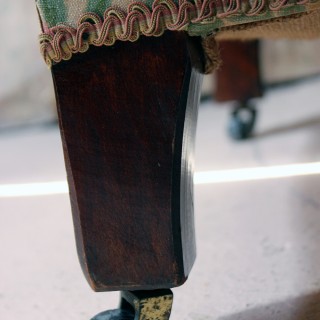 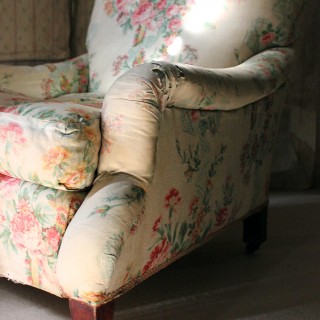 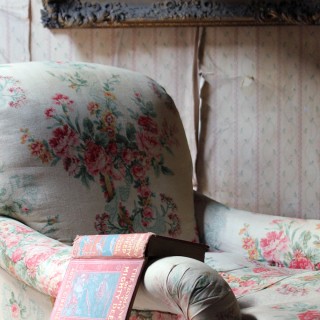 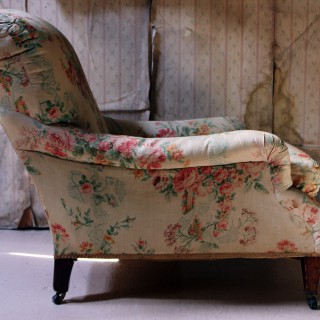 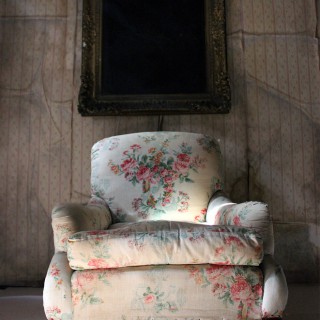 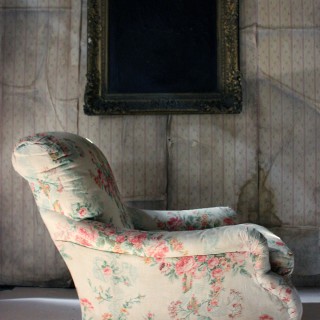 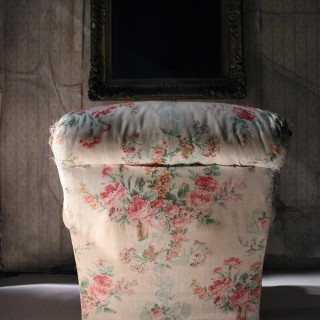 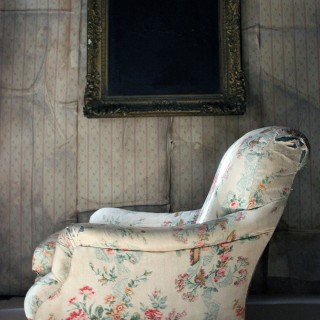 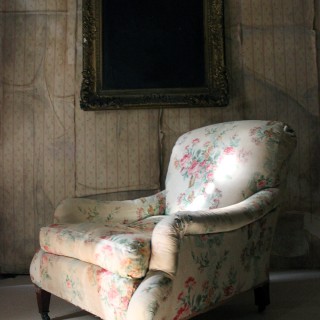 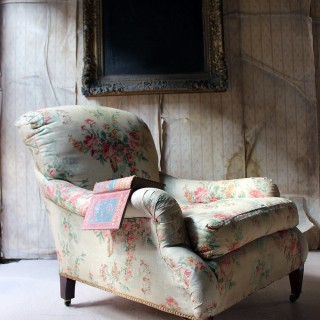 An Upholstered Easy Armchair in the Manner of Howard & Sons c.1900

The well made country house type easy armchair, in the manner of Howard & Sons, being coil sprung and horsehair stuffed, in a faded ivory chintz floral linen fabric, on tapering square oak legs with brass collars and composition casters, the whole surviving from late Victorian England.

Howard and Sons of Berners Street in London were the foremost upholstery maker of the nineteenth century, regarded in the same way as Gillow were for cabinet furniture. Howard and Sons were such an important company that they collaborated with Gillow on several important projects and may have even manufactured pieces of upholstered furniture for Gillow as well as other important makers such as Maple and Co. In 1866 George Howard Patented something that would secure his family’s company a place in history, he patented the ‘Elastic Seat’. His patent totally re-designed the inside workings of traditional upholstery, creating the superior seat, is what they are now widely known only for. A good maker in the Howard style would have made this armchair and the quality of the frame make it nigh on as good as a Howard stamped armchair but without the eye-watering price tag.

A hugely comfortable country house armchair and so very English too.

The condition of the armchair is sound, with the original horsehair and innards having been retained. The frame is good quality and remains sturdy and strong having been tightened. It proves wonderfully comfortable with the low deep seat typical of the style and the castors appear to be original. The fabric is mid-twentieth century and has a lovely fade to it but it has suffered some tears, to each corner at the top rail and some loss to fabric to one arm. She could obviously be re-upholstered but we find her charming as is; please view the photographs for a full visual reference.

An Upholstered Easy Armchair in the Manner of Howard & Sons c.1900

manner of howard and sons