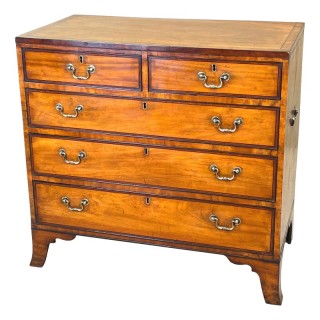 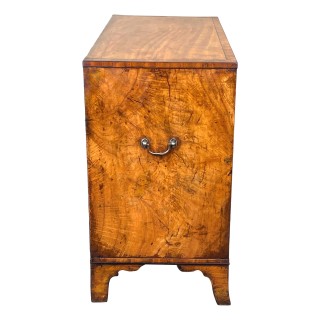 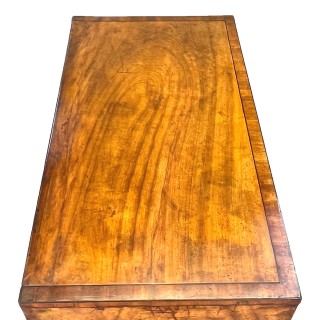 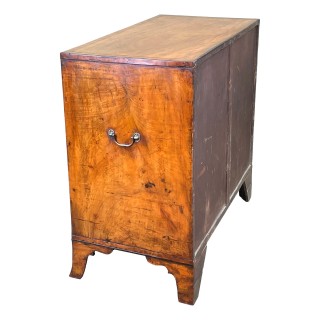 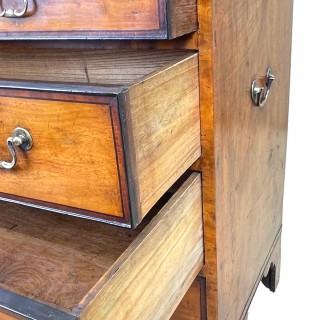 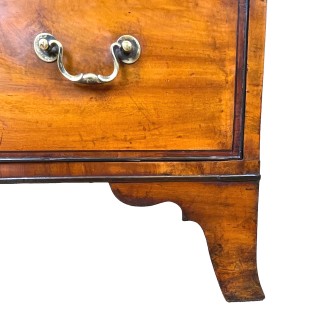 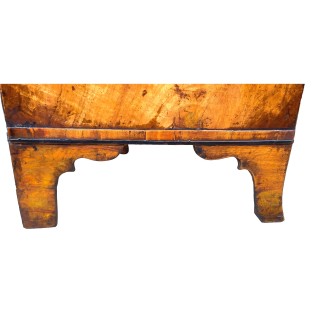 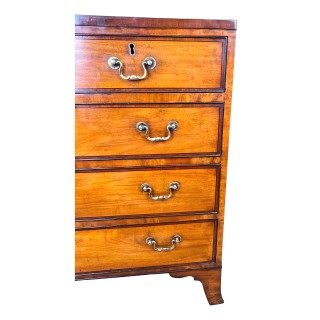 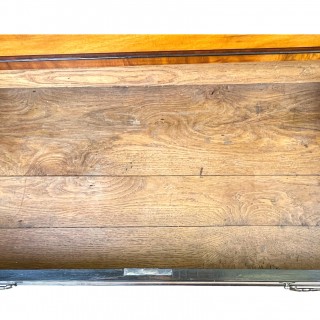 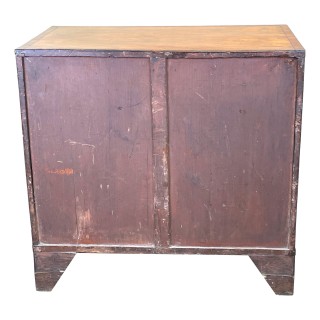 (During the 18th and 19th century the concept of conventional
furniture in a variety of European styles was promoted through the
arrivals and influence of the Portuguese and English East India Company.
The terms Anglo-Indian is therefore a term given to many items of furniture
made in India during the 18th & 19th centuries, often for the colonial
British market resident at the time. Most of these pieces are made from
teak, camphor wood or padouk, all of which are of course indigenous
to the area. This particular chest of drawers is quite unusual in its
extremely traditional British design, with far less comparable differences
to one which may have been made in England at a similar time than
usual for Anglo-Indian furniture. However the use of camphor wood
and the original carrying handles are a very typical anglo-indian feature.
Overall it is in good, functional condition and is a useful size for many
different areas & spaces around the home. A beautiful, elegant and
practical piece of furniture indeed.)