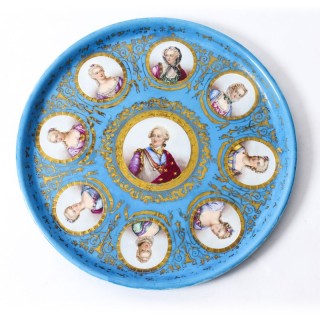 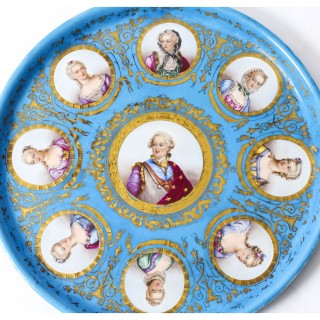 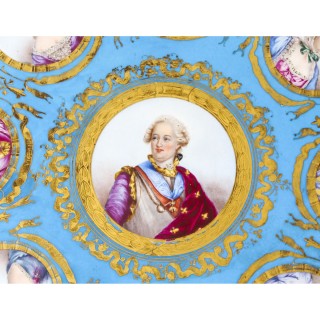 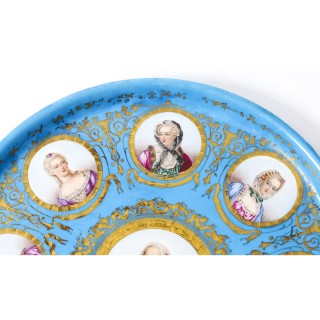 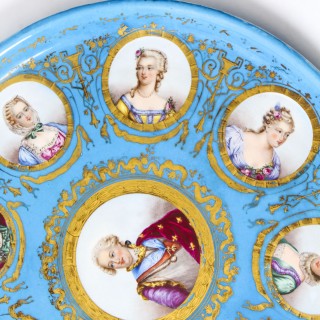 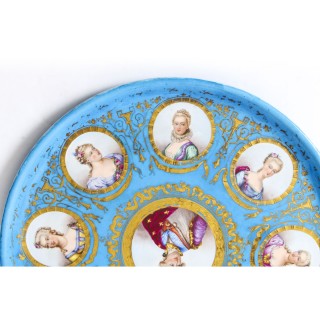 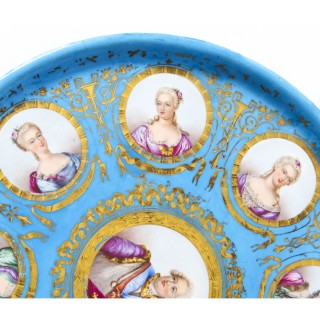 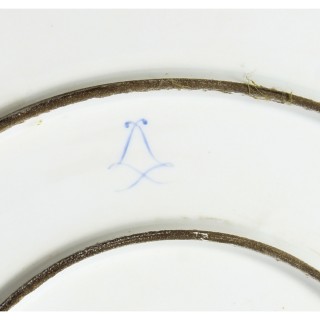 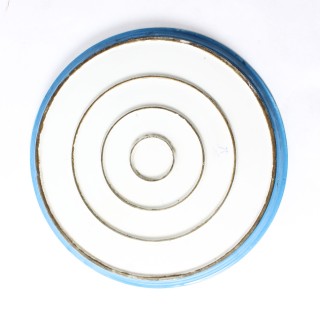 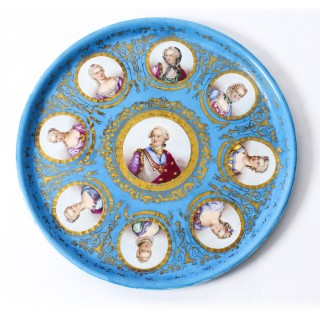 It has a striking Bleu Celeste and gilt tooled border with a central portrait of Louis XVI surounded by eight profile portraits of lady courtiers, including Marie Antoinette, Princess Marie-Louise Thérèse and Marquise de Montesson.

Condition:
In excellent condition, with no chips, cracks or signs of repair and only minor signs of wear associated with useuse, please see photos for confirmation.

Louis XVI was king of France when the monarchy was overthrown during the French Revolution and was guillotined in 1793.