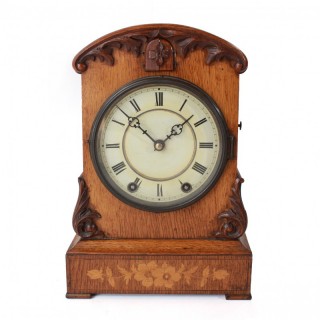 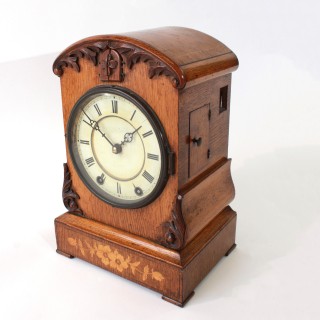 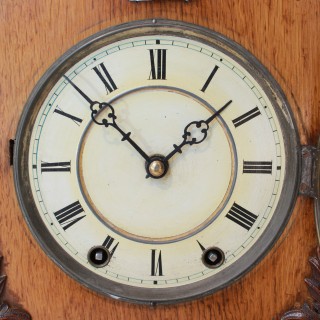 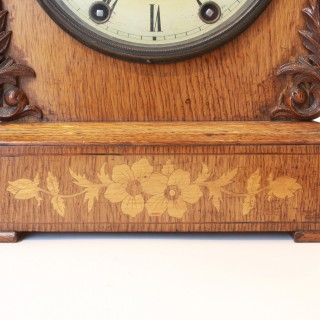 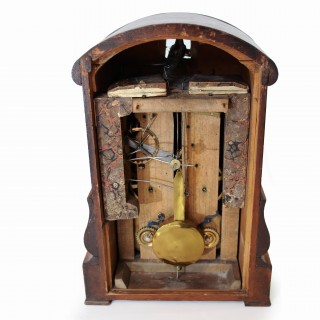 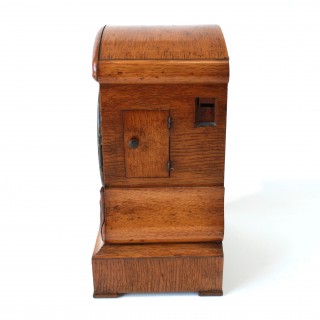 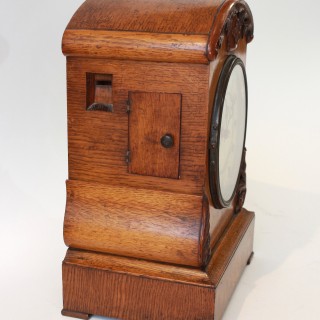 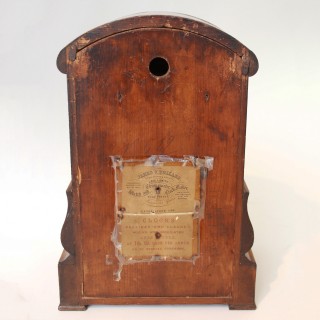 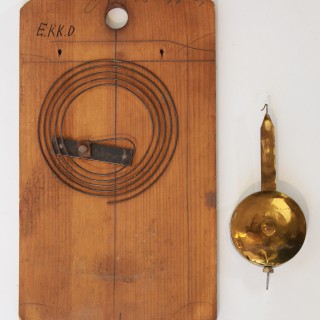 The oak case is unusually plain for an antique cuckoo clock. The model 519 was in Beha’s 1880 catalogue, and differed slightly to this in that the top was turned upwards at the sides. In their catalogue of c. 1895, models a & b had been introduced, and this is a 519a. The pencil inscription on the outer backboard, in the usual Beha script, simply numbers it a N.519. But somewhat baffling is that there is also a pencilled N.62 on the inside back, and again rubbed off the outer back. This is a different model number from the same catalogue. Perhaps the rear door was interchangeable between the two? A further penciled number 299 is repeated on the inside back and the case base, possibly the serial number.

The wooden framed movement bears all the usual trademarks of Beha craftsmanship, including the snail click springs, and metal bracing for the countwheel.

All parts give absolute assurance that this is an excellent original piece, just in need of an overhaul which we shall carry out in-house.

The 8-day fusee movement cuckoos on the half hour, and cuckoos and strikes the hours on a gong.

The case is made of a good rich honey-coloured solid oak, with floral marquetry inlaid veneers to the front of the base and hinged doors to the sides.  The foliate carved moulding to the top and sides is restrained – a really handsome piece.