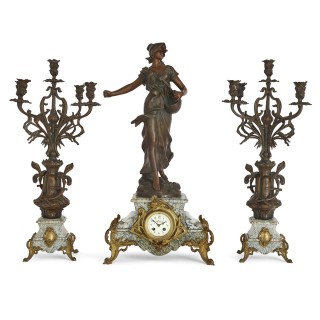 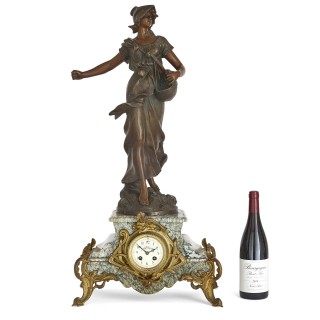 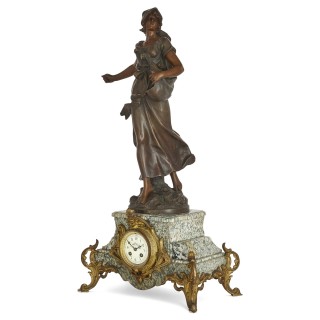 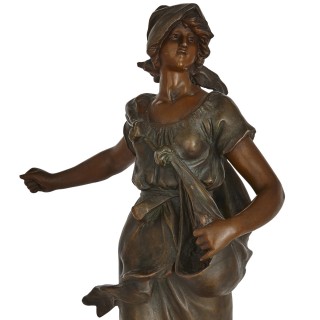 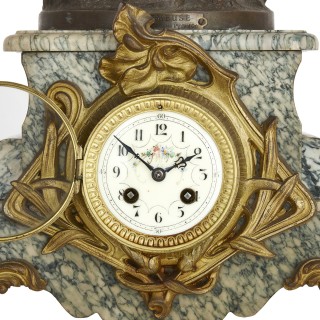 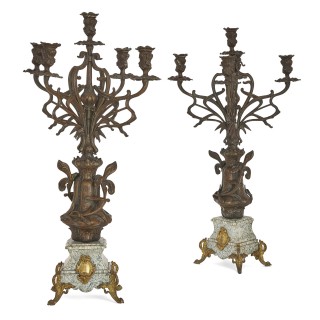 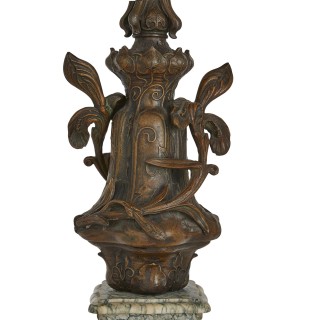 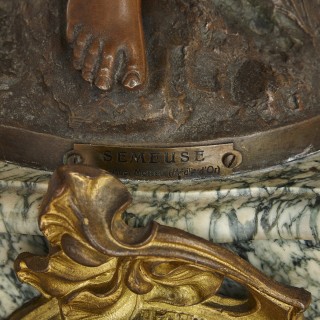 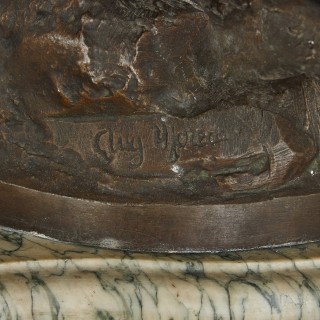 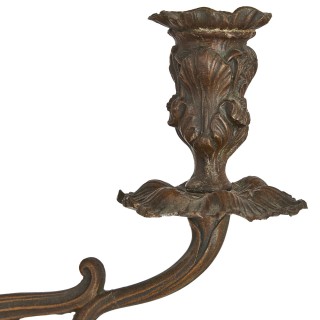 This beautiful Belle Époque three-piece clock set consists of a pair of candelabra with central mantel clock. The mantel clock’s case is crafted from grey dappled marble, with a spelter sculptural surmount, and gilt metal mounted feet and dial rim. The four ornate feet are elaborate rocaille formed, with a similar art nouveau style rim around the clock dial. The circular dial is crafted from white enamel and is inscribed with Arabci numerals for the hour indices. The sculptural surmount is patinated spelter sculpture, depicting a young peasant woman with one arm outstretched, and her long slender leg visible as her dress flutters backwards. She wears a bonnet and carries a basket of grain, from which she sprinkles seeds. The woman is an allegory for the spirit of the French people, known as La Semeuse or ‘The Sower’.

The pair of flanking candelabra are decorated in a similar style, with marble and gilt metal bases, and patinated spelter stem. Each candelabrum issues five art nouveau style branches, with twisting foliate details.