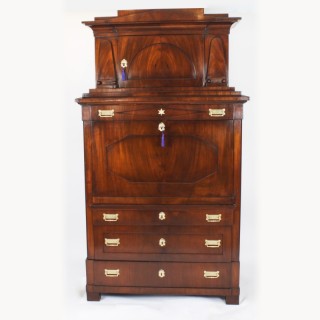 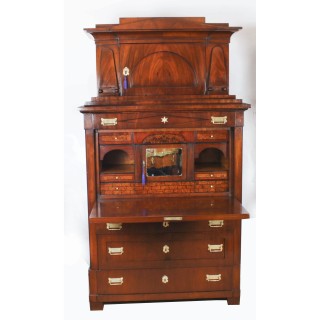 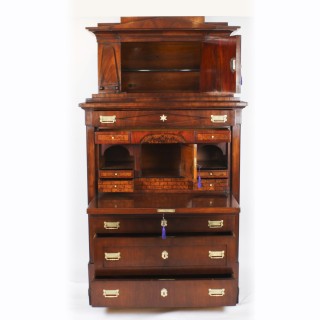 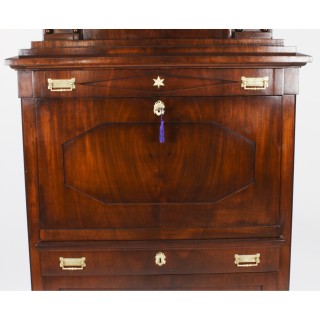 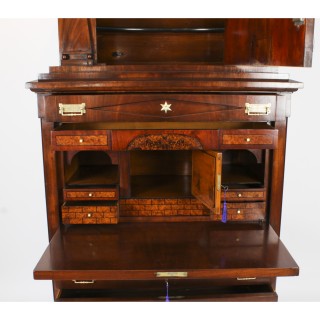 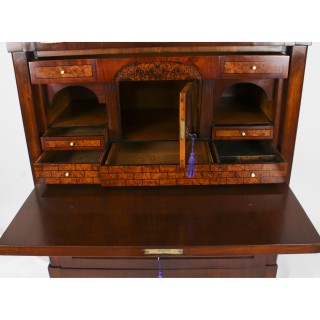 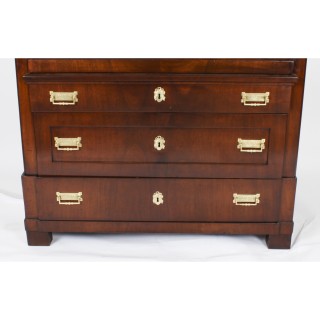 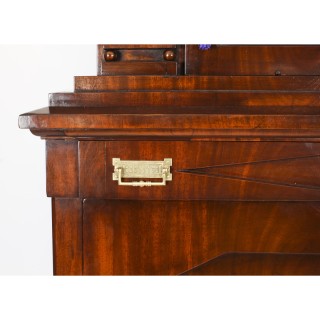 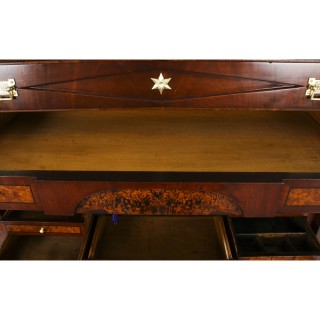 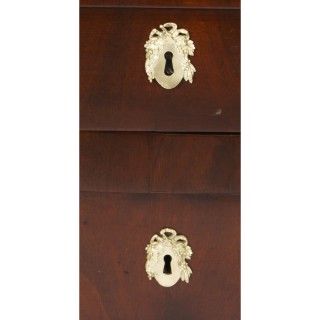 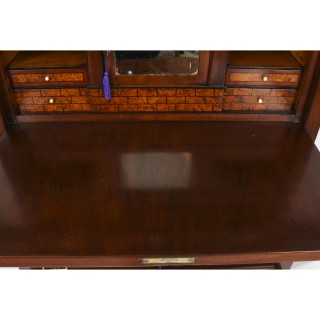 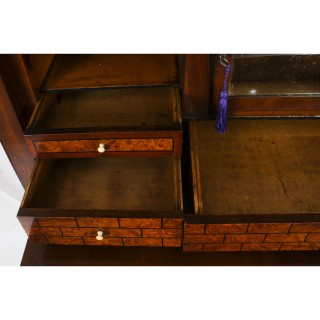 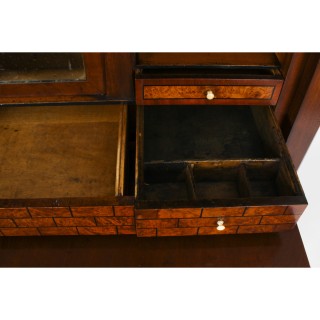 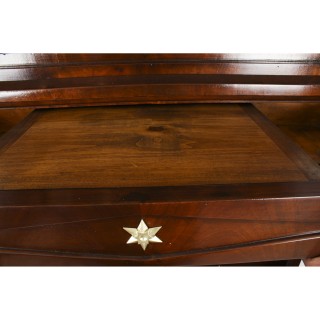 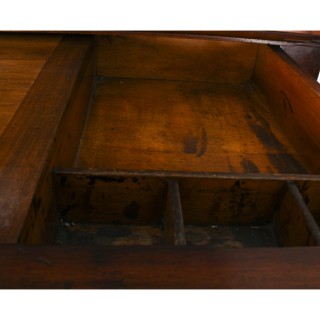 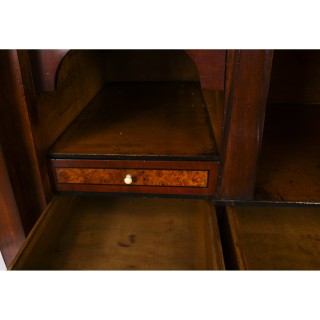 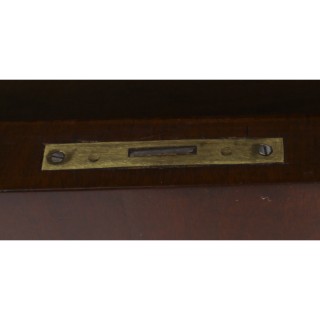 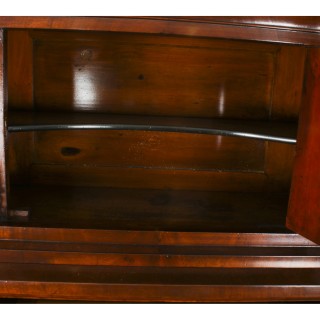 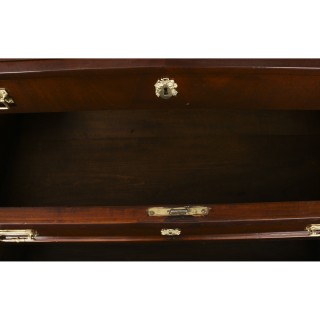 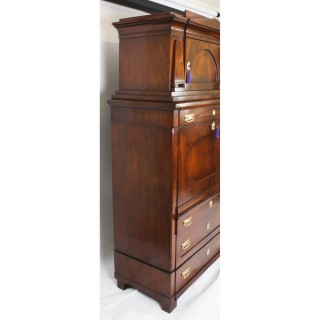 The top section with a projecting cornice over an arched panelled door enclosed by applied shaped mounts. The lower section with a frieze drawer over a fall front which opens to reveal a fabulous interior fitted with drawers and a central cupboard, above three full width drawers drawers below.

A fabulous example of the timeless Architectural style.

The idea of clean lines and utilitarian postures would resurface in the 20th century, continuing into the present day. The Biedermeier style was a simplified interpretation of the influential French Empire Style of Napoleon I, which introduced the romance of ancient Roman Empire styles, adapting these to modern early 19th century households. Biedermeier furniture used locally available materials such as cherry, ash and oak woods.