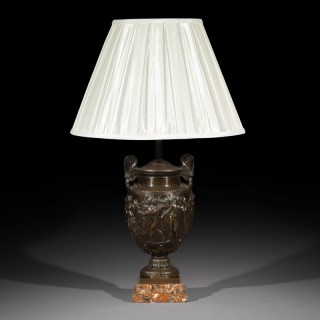 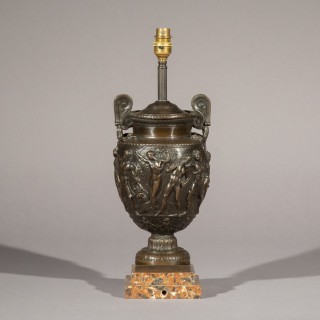 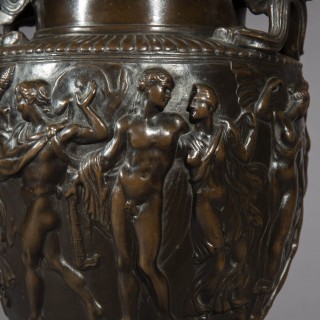 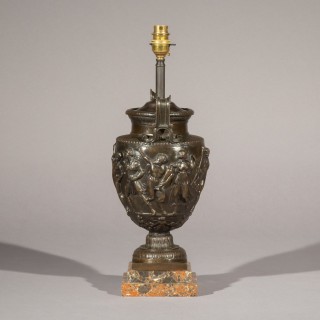 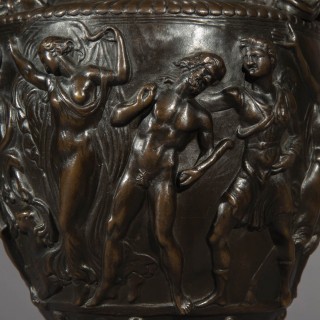 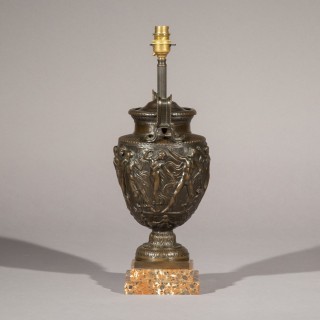 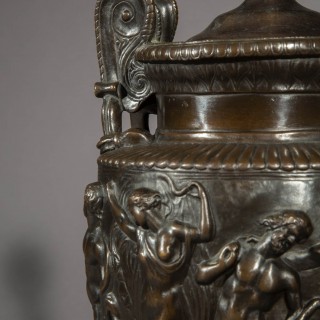 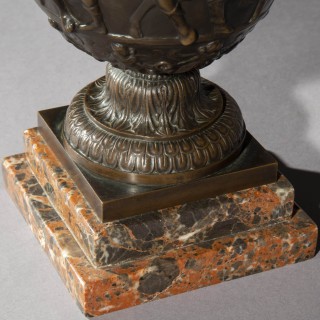 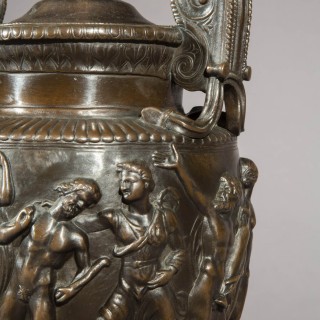 A fine bronze cast of the celebrated Townley Vase, mounted as table lamp,
Circa 1900.

The original Townley Vase (now at the British Museum), a Roman marble vase dating back to early Imperial period (late I–II century AD), after a neo-Attic model, was celebrated for its superb quality of carving when it was discovered in 1773 by the Scottish antiquarian and dealer in antiquities Gavin Hamilton in excavating the Villa of Antoninus Pius at Lanuvium, Monte Cagnolo, near Rome. Its name comes from the English collector Charles Townley, who purchased it from Hamilton in 1774 for £250.

Although Roman in date, the form of the vase represents a Greek volute-krater and its iconography goes back to Hellenistic period. Ornamented in bas-relief with scenes of a Bacchanalian procession, with the principal group of Bacchus and Ariadne, accompanied with various symbols, relating to the Eleusinian Mysteries.

It was once believed that the Townley vase was one of the main inspirations for the Romantic poet John Keats (1795-1821) when he wrote the famous ‘Ode on a Grecian Urn’.

What men or gods are these? What maidens loth?
What mad pursuit? What struggle to escape?
What pipes and timbrels? What wild ecstasy?
John Keats, ‘Ode on a Grecian Urn’ (1819)

May be wired for any country or sold as vase without fittings.