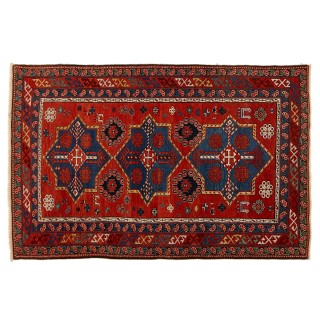 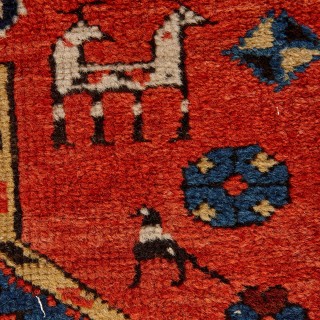 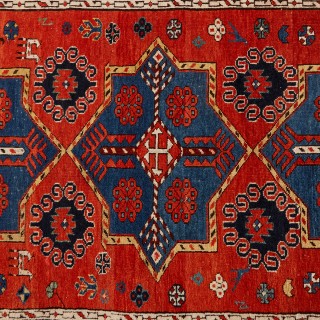 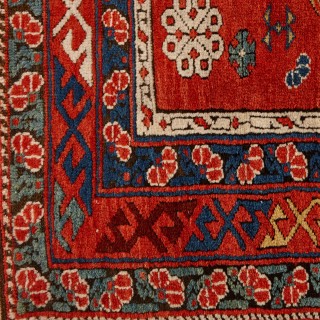 This beautiful wool rug was woven in c.1870 in the Shirvan district of eastern Caucasus. This district is well-known for its history of producing fine rugs and carpets. Shirvan rugs began to be exported to Europe in great number in the late 19th Century, following the completion of the Trans-Caucasian railway in the 1870s. As a result, these rugs became fashionable and highly sought-after by the European elite.

The wool rug features a red field, decorated with three blue eight-point star-shaped medallions, which enclose red and white floral and geometric shapes and are outlined in yellow. White, black, turquoise and blue stylised vegetal motifs and animals are woven in the space around the blue stars. The rug’s field is set within white, blue, red and green borders, which are decorated with colourful geometric and floral motifs. The top and bottom ends of the rug are fringed.