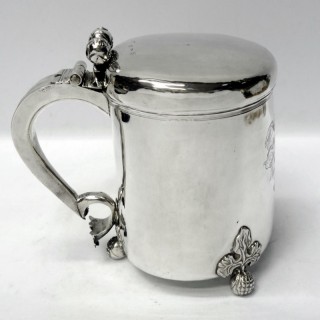 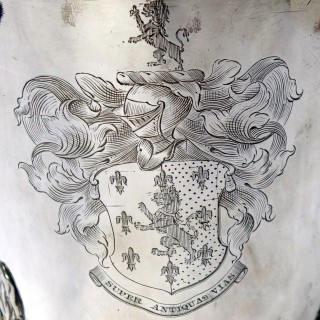 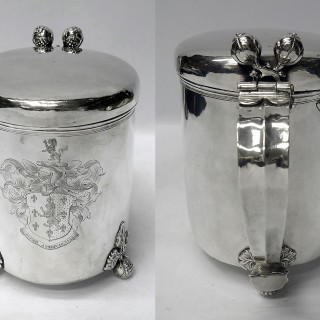 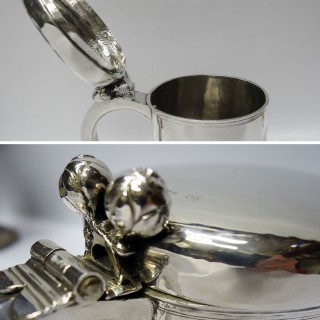 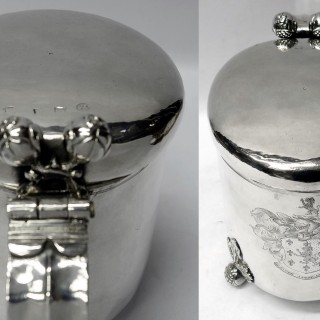 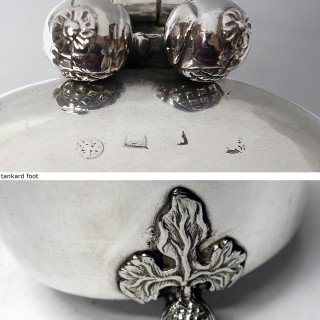 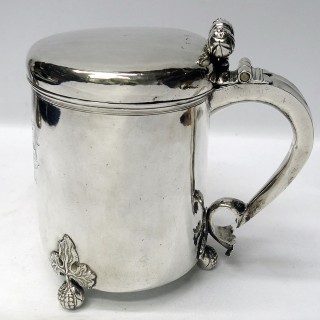 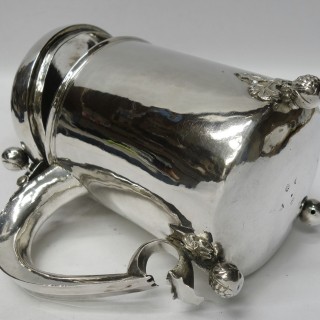 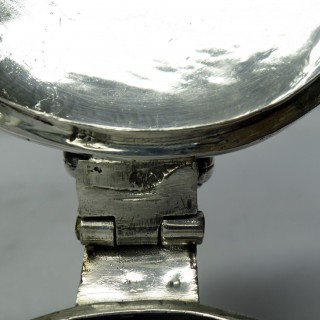 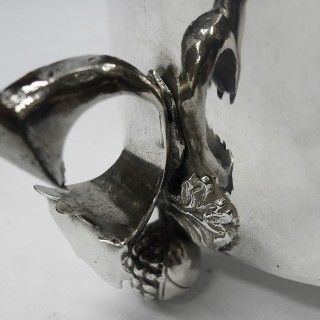 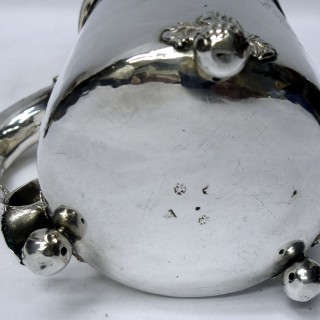 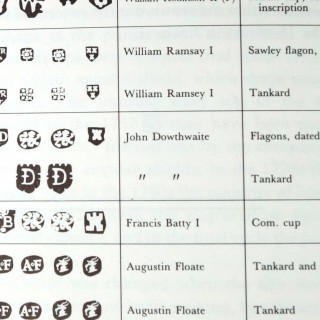 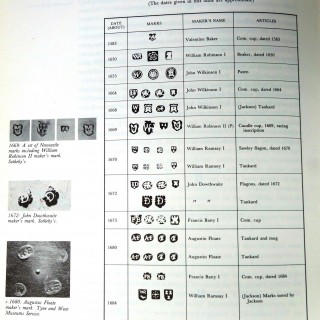 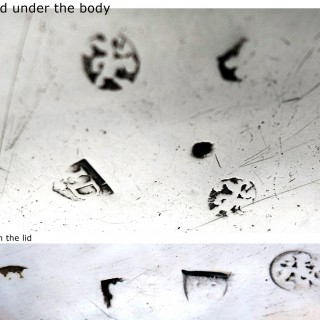 Biography – John Douthwaite, a prominent seventeenth century Newcastle goldsmith. His work, although stamped with the Newcastle town mark, is pre-assay office. The Newcastle assay office was opened in 1702.

Stamped with makers mark “ID”, lion double struck and the Newcastle castle mark. This is pre-assay office mark. The Newcastle office was opened in 1702.

Peg Tankard
The name ‘peg tankard’ is derived from the vertical row of cylindrical pegs soldered inside the tankard, used to measure the amount of alcohol drunk as the tankard was passed around the table. Each drinker could drink his allocated peg measure. The term ‘peg’ probably derives from the Danish measure ‘paegl’, roughly equivalent to a pint.

Peg tankards have a long history in the Scandinavian and Baltic countries. In England peg tankards were made from the mid-1650s through to the 1680s in York, Hull and other north-eastern towns with close cultural links with northern Europe. They usually follow the Scandinavian form, incorporating floral engraving and pomegranate feet. There is a plain example similar to this in the Metropolitan Museum of Art ref: http://www.metmuseum.org/collection/the-collection-online/search/195229.

This rare antique silver tankard is in very good condition with no damage or restoration. Good patina. Stamped with a full set of English silver hallmarks on the body and lid (some rubbing but still easy to make out), the handle is unmarked. There are small dents inside the base where the feet are attached. The lid hinge is a bit loose.