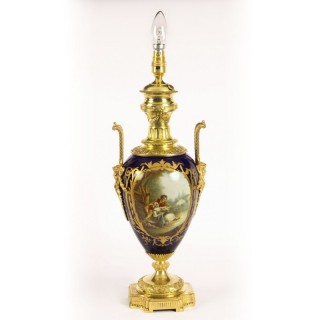 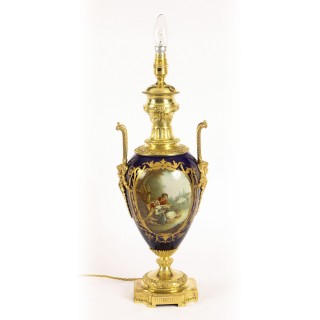 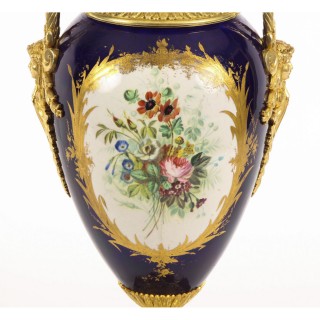 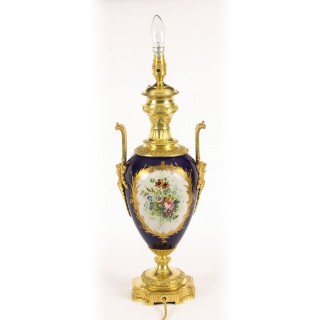 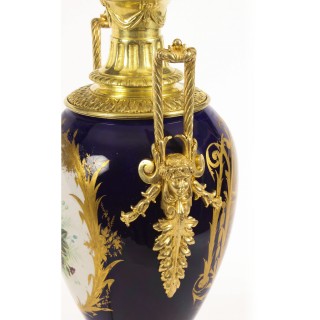 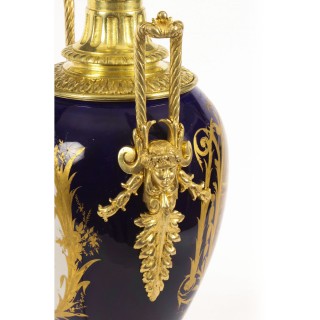 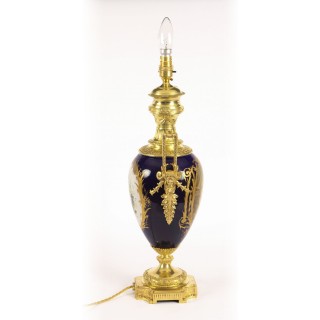 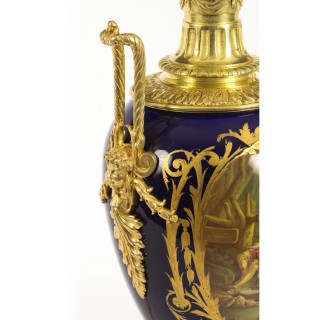 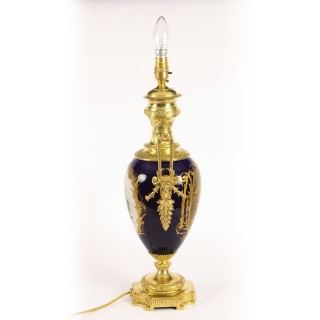 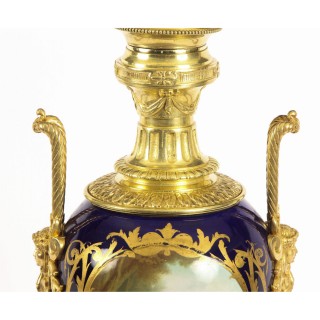 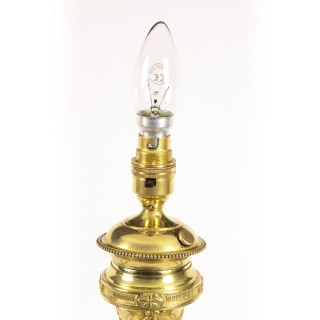 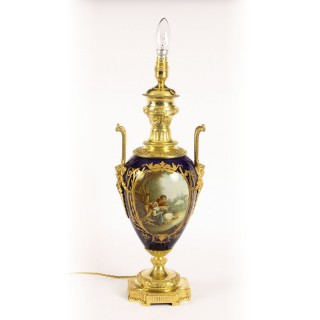 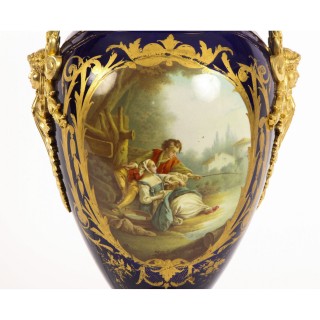 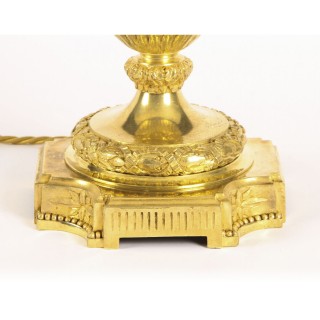 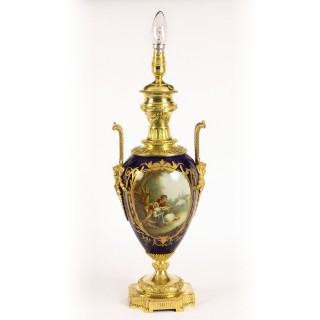 This is a stunning large antique French Sevres Cobalt Blue hand-painted porcelain and ormolu mounted vase circa 1880 in date, later converted into a lamp.

The vase shaped porcelain body is painted with gilt-framed panels depicting a classical romantic landscape scene on one side, with a floral panel on the other, on a cobalt blue ground with a tall flared neck. The lamp is raised on a shaped square laurel leaf cast ormolu base.