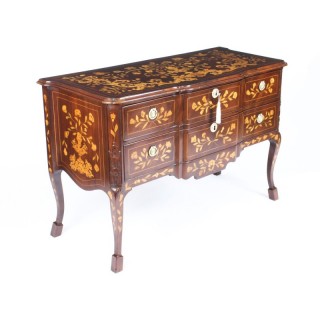 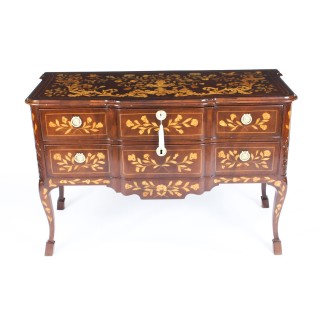 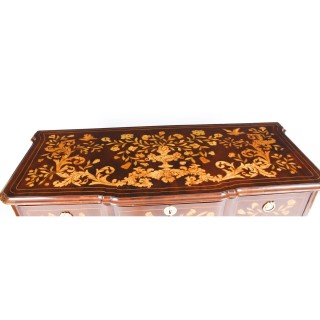 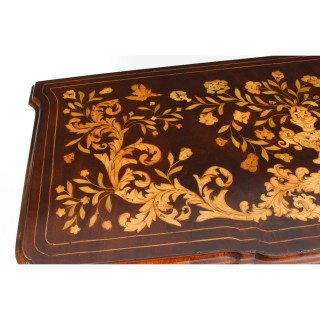 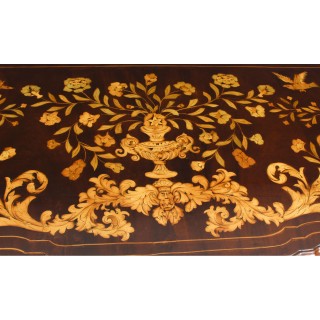 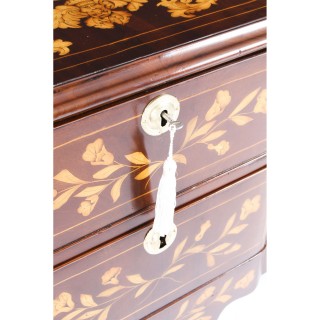 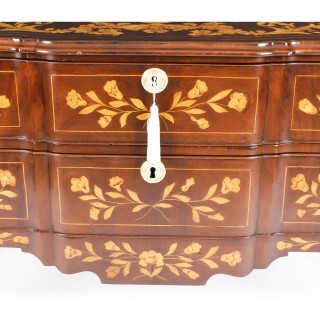 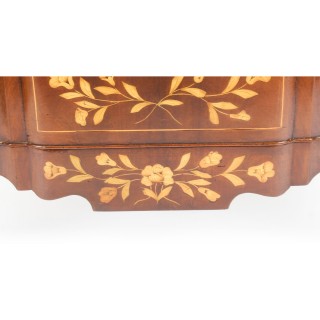 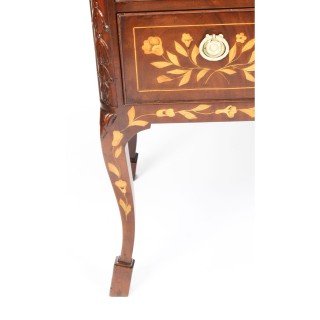 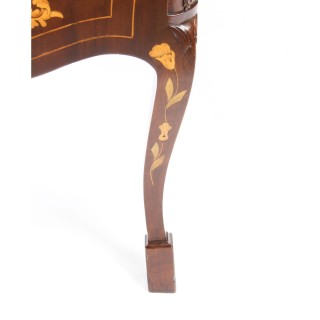 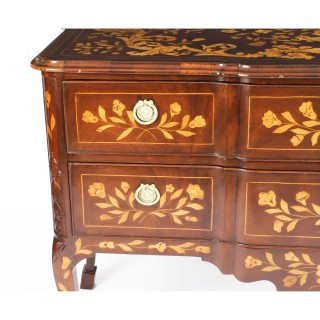 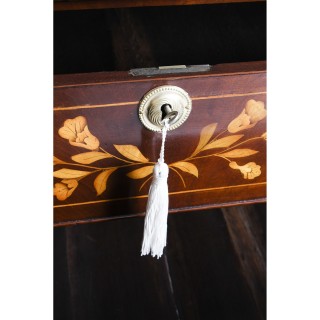 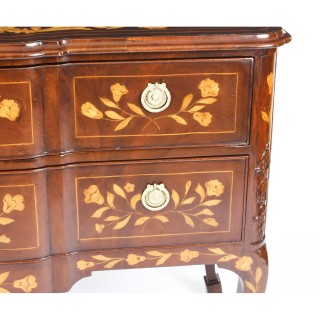 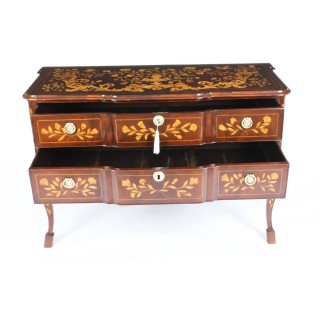 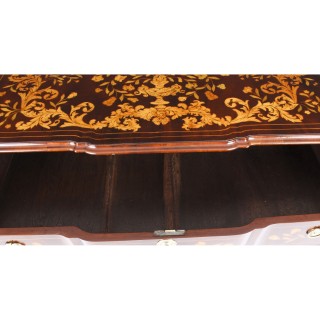 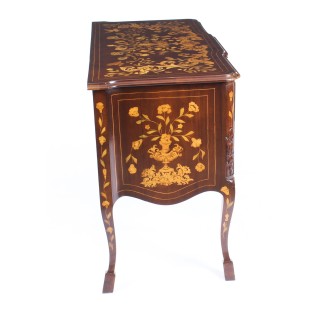 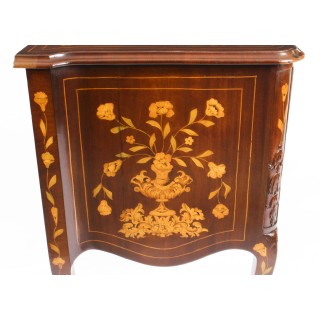 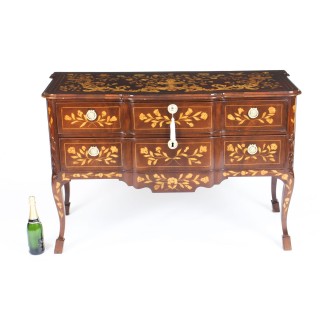 This is a stunning antique early 19th Century Dutch floral marquetry block front chest of drawers, circa 1820 in date.

This splendid chest has been accomplished in striking figured mahogany and expertly bordered with sycamore lines. The top with a moulded edge and re-entrant corners has been decorated with a plethora of exquisite hand cut marquetry of bird, flowers and foliage, centred by a beautiful urn of flowering stems, the sides similarly decorated with urns of floral foliage.

It has two capacious full-width drawers – with splendid pierced brass cast ring handles and escutcheons, is complete with the original working locks and keys and is raised on elegant cabriole legs that terminate in block feet.

This exceptional piece represents a fantastic example of Dutch marquetry cabinetry at its very finest.