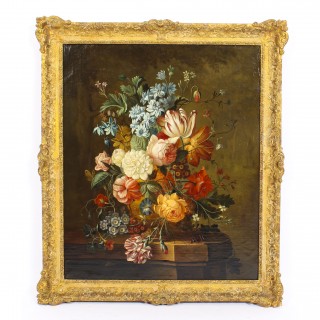 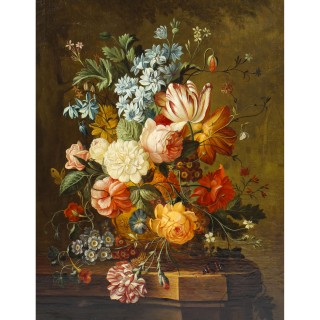 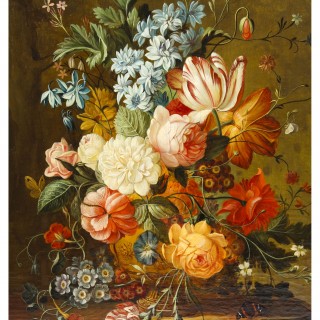 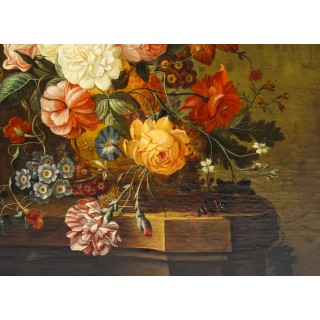 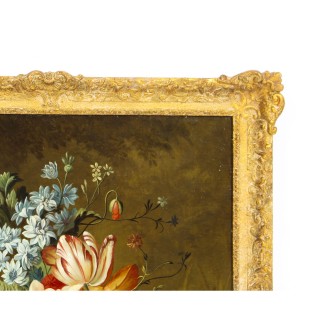 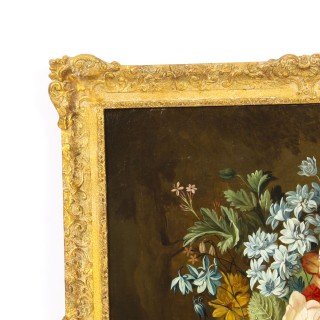 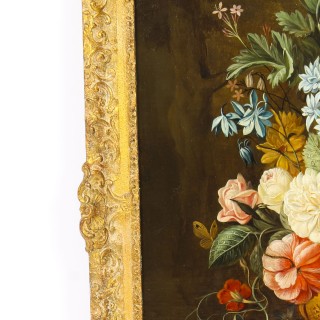 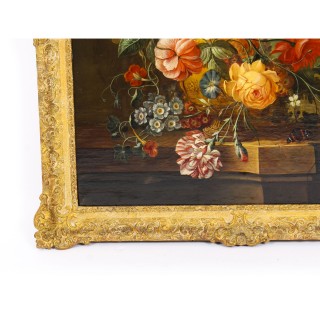 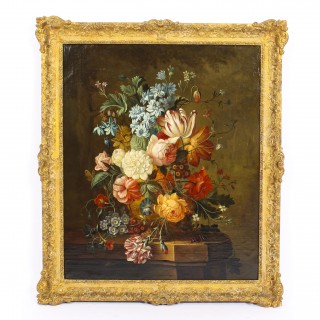 This splendid painting is rectangular in shape and features brightly illuminated pastel-tinted roses and bi-coloured tulips in the centre of the composuition. The celeste wildflowers behind them are seen against dark green foliage. The outline of the bouquet is defined by a charming poppy and further small white wildflowers. At the lower left, providing a counterbalance, is a splendid spray of red, white and celeste flowers, trailing over the edge of the table and again fully illuminated.

Great attention has been paid to individual elements in the bouquet. Indeed each petal has been painted with diligent conscientious precision. Around the bouquet, there are also three distinctive butterflies of different size and palette colours.

The artist has captured the beauty of the bouquet perfectly well, giving the whole composition significant depth. Indeed this floral still life is characterised by its exceptional pastel hues and by a remarkable concentration on light and shadow on flowers and foliage. The arrangements of the bouquet appears truly realistic combining a convincing three-dimensionality with a delicate appearance.

It is housed in its magnificent gilt gesso frame which is decorated with superb foliate decoration.

Add this splendid antique Dutch painting to a very special wall in your home.

Condition:
In excellent condition the painting and frame having been beautifully cleaned in our workshops, please see photos for confirmation.