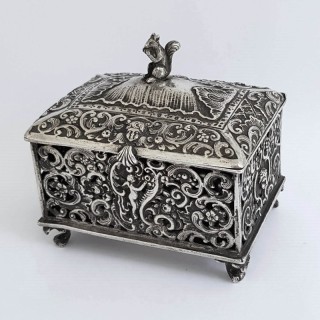 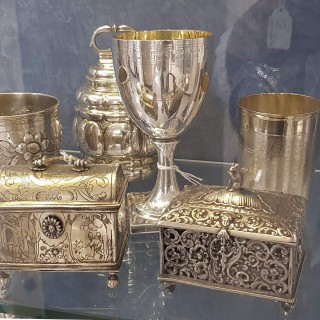 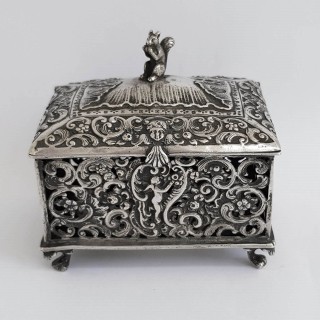 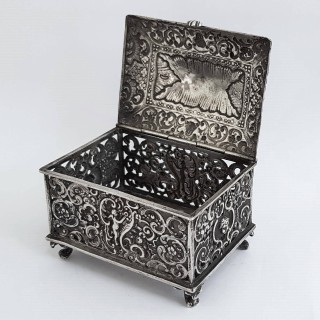 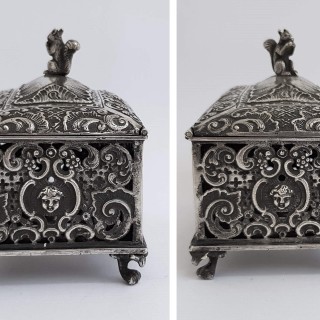 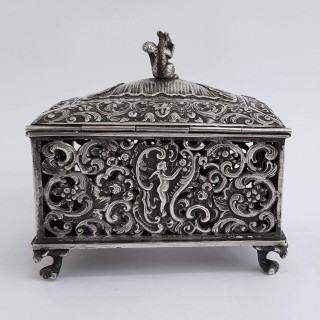 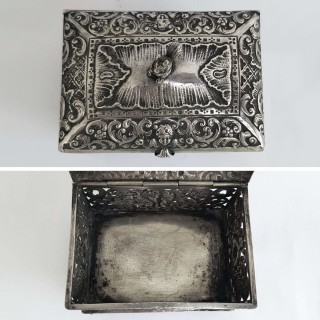 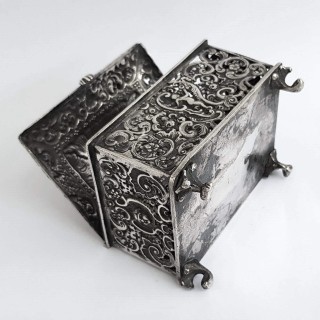 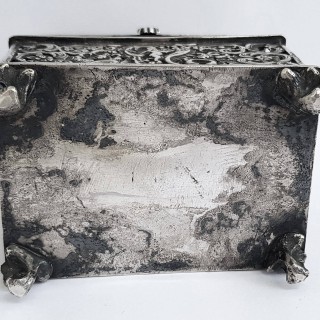 An attractive little antique silver casket in the 17th century style with a hinged lid and squirrel finial. The openwork cast body is smothered in cherubs, flower heads and scroll work.

A knottekistje or wedding casket is a small Frisian money casket usually made of silver. Traditionally, a man’s promise of marriage to his future bride was formal when he presented her with a coin knotted into a costly cloth (knottedoek). This later became a textile bag and then in the seventeenth century a silver casket (knottekistje). The boxes are usually rectangular with a semicircular lid and stand on ball feet although they also occur in the form of round or hexagonal boxes. They are often delicately engraved with symbolic scenes about love and marriage, sometimes accompanied by a proverb or motto.

Friesland is a province of the Netherlands located in the northern part of the country.

The little box is in very good condition.